A woman and her family discovered several hidden cameras placed inside cardboard boxes in a trial room of the famous brand’s shop situated on ChenOne road, Faisalabad, Pakistan’s third most populous city. According to Geo News, local police detained two of the store’s employees during the raid on Wednesday. A case has also been registered at the People’s Colony Police Station, local media reported.

Apart from the two employees accused of setting up the hidden cameras, local news reported that the store’s owner and manager have both been questioned by the police.

Police sources confirmed that the raid of Levi’s store was carried out after a woman complained about the hidden cameras she found in the trial room to the shop’s management.

According to Daily Pakistan, the unidentified woman said that the cardboard boxes she found in the trial room had tiny holes in them for the hidden cameras to peer out and spy on customers as they changed clothes. After the woman confronted the manager about the issue, Daily Pakistan reported that her mobile phone was forcibly taken away from her in order to delete the photographs she took of the hidden cameras.

The woman immediately called the police, who showed up at Levi’s store soon after. After conducting a thorough investigation of the premises, the police managed to find the boxes, but weren’t able to recover the hidden cameras. The Levi’s outlet has since been sealed off, with its manager taken into custody, Daily Pakistan reported.

Daily Pakistan reported that the manager of Levi’s outlet, who still hasn’t been named, said that he had no hand in this and blamed his employees for the incident. He said that the two employees who were taken into police custody were installing hidden cameras into the trial room without his knowledge.

No local news outlets have confirmed that any official arrests had been made, or that a case had been filed by the authorities. The footage of the hidden cameras found in Levi’s store is yet to be uncovered. 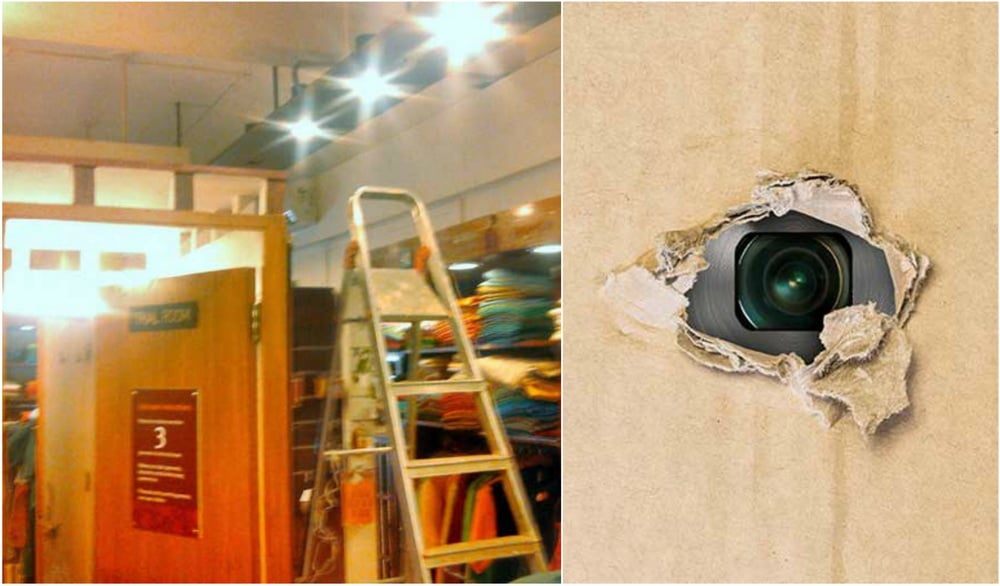 The Faisalabad hidden camera incident didn’t go unnoticed. “At Levi Strauss & Co., we take the security and safety of our customers very seriously,” an official spokesperson for the Levi Strauss company said. “We are aware of the incident that took place in our Factory Outlet store in Faisalabad this week and we are working with the local authorities. The two individuals involved no longer work at our store. We will take further action as needed based on the results of the investigation.”

Unfortunately, this is not the first time an incident like this has taken place in Pakistan. The latest report from Research Snipers suggests that videos captured by hidden cameras in changing rooms are a regular occurrence on Pakistani websites.

However, as most of these hidden camera videos were captured in less representative, smaller boutique stores, shoppers put more trust into large, globally known brands, assuming that their privacy was more protected with large retailers.

Local media is flooded with advice on how to stay safe when shopping, as well as how to spot hidden cameras in trial rooms.

News18 advised their readers to use their phone to test whether or not a changing room had hidden cameras in it. If the trial room you are about to enter has a hidden camera in it, it would block the reception on your mobile phone, the report said. It advised people to check if their phones had a signal before entering the trial room.

Another common way of spying into trail rooms, apart from hidden cameras, is using two-way mirrors. Local media advised people to touch the mirror in order to determine whether or not it’s real. Touching a real mirror will leave a tiny bit of space between the reflection of your finger and your actual finger, a News18 report said. A two-way mirror, on the other hand, would leave no space between the reflection and your finger.