The Federal Reserve has been the main cause of business cycles in America since 1913. For several decades, it has tried to hide the consequences of its policies by enabling easy credit during each recession. As Jonathan Newman wrote yesterday, pouring trillions of dollars into the financial sector obscures the external signs of the recession such as low asset prices and high unemployment and promotes economic malinvestment.

This malinvestment creates the conditions that cause the next recession. Some of the consequences of the Fed’s policies, such as stock market and housing bubbles can be directly attributed to its policies. In other cases, the artificially low interest rates and other “easy money” policies foster an “infrastructure rot” that erodes the efficiency of the American economy, the standard of living of consumers, and eats away at American infrastructure. These effects are difficult to trace back to the Fed’s policies, so let’s concretize some examples to understand how Federal Reserve policies affect America.

At the city level, low interest rates allow cities to fund new public projects such as parks and bridges. While this may seem fine and dandy, all infrastructure projects have a maintenance cost. It’s not sufficient to build a park. One must also have the money to maintain it every year. If there is not enough revenue to pay for maintenance, the park will literally rot until the playgrounds fall apart, the lawns are overgrown, the lights fail, and the park becomes too dangerous for families to play in.

The same thing will happen to streets, bridges, and plumbing. This is one of the ways urban decay happens: easy money policies fund unsustainable urban infrastructure projects which make politicians look good, but end up crumbling a few years or decades later. The Flint water crisis happened in large part because the Federal government funded infrastructure projects that were not sustainable by the incomes of the people of Michigan.

Easy money from the Fed also rots the guts of American corporations. New money goes to the most politically-connected businesses first, and funds projects that would not be possible in a free market. Because private investors haven’t actually saved enough to see the projects through to completion, and consumers don’t value the product enough to cover production costs, the companies getting free money from the government either fail or receive endless bailouts. For example, easy money encouraged unsustainable commitments like high union wages and pensions, forcing US automakers to sell cars for prices that consumers could not pay given their actual savings rate. When sales dipped in 2009, the government was forced to bail out GM, Chrysler, and Ford in 2009.

While small businesses are the last to get access to the Fed’s easy money taps, big banks received over $700 billion in TARP bailouts and even more selling U.S. Treasury bonds to the Fed under the QE program. Such subsidies signal to banks that their primary customer is the government, not consumers. As a result, financial services have stagnated, and banks have fought rather than embraced genuine innovations like the blockchain.

The 2009 crisis made banks cautious of making mortgages to people who clearly could not afford them. But the Fed kept giving away free money and enabled a new phenomenon: zero-interest auto loans. While this may seem like a good deal for consumers, the Fed’s credit expansion has created an auto-credit bubble worth 9.2% of all household debt. Consumers are buying and leasing cars that they would not normally be able to afford.

Instead of being taught to save, millennials are learning to have a negative savings rate (acquiring more debt than assets) and trust their future entirely to the government. If a recession happens, millions of people will suddenly find that they are unable to keep their cars and lack any emergency savings. When millions of unwanted cars are dumped back onto the market, automakers will again be unable to keep up with their inflated liabilities, requiring another bailout.

Perhaps one of the most destructive products of easy money has been the War On Terror. The U.S. has spent about $5 trillion on this seemingly endless war, and most of the money has not come from higher taxes, but from selling bonds to institutions like pensions funds, and especially foreign countries such as China and Japan. American citizens have gained nothing of value, while our government has been spreading death, destruction, and revolution abroad.

While the national economy has gotten away with federal deficits and a $20 trillion dollar debt for decades, this trend is only sustainable as long as the rest of the world keeps lending the U.S. money. When they decide to stop funding our wars and financial irresponsibility, Americans will suddenly be faced with paying trillions of dollars in liabilities. This overdue correction will likely come with dramatic reductions to Americans’ standard of living.

My point in writing this to help you visualize the destructive effect of the U.S. government’s easy money policies from an abstract harm to the practical harm: collapsing bridges, kids poisoned from lead plumbing, millions of cars rotting in junkyards, scandalous bank services fees, bombs falling on innocent people all over the world, and widespread poverty once the easy-credit party ends. 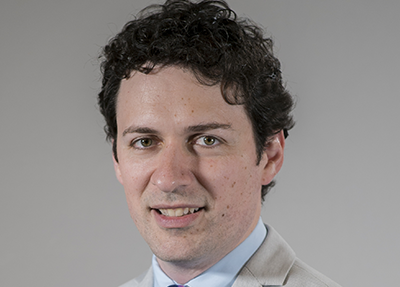