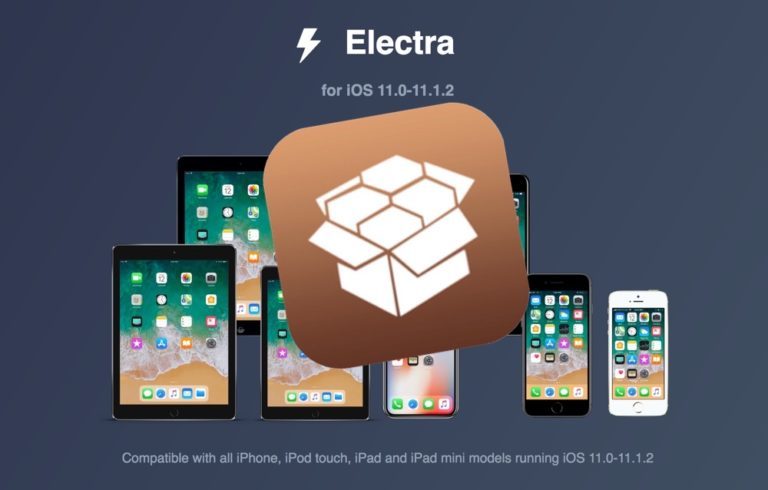 Developer CoolStar has been teasing the release of Cydia for the Electra iOS 11 jailbreak for quite some time, but a screenshot was just posted on Twitter showing it successfully running on an iPhone X running iOS 11.1.2 and jailbroken using Electra.

Earlier today, CoolStar sent his build of Cydia to @nullriver for testing, and the developer reported back with screenshots that show Cydia working just fine on a jailbroken iPhone X running iOS 11.1.2. Once this confirmation was received, CoolStar posted a tweet with the text “2/15/2018”, most likely indicating the final release date of Cydia for the Electra iOS 11 jailbreak.

We’ve been looking forward to Cydia for the Electra iOS 11 jailbreak for months at this point. A while back, Saurik – the original developer of Cydia – posted that he was working on updating the software to work with iOS 11. After a while, it was clear that progress on the update was taking longer than anticipated, so CoolStartook the matter into his own hands to develop an update that would interface seamlessly with his popular Electra jailbreak. Whether Saurik has hit a roadblock or lost motivation for development altogether is currently unclear, but at least at this point, we have the full Cydia for the Electra iOS 11 jailbreak that adds increased functionality to the most fully-featured jailbreak around for the most modern operating system.

The screenshots in the tweet below show some black bars at the top and bottom of the screen, which CoolStar has since confirmed will be present in the upcoming release.

“For those wondering, the version of Cydia included in Electra will have the letterboxing black bars on iPhone X; we won’t mess with it much until maybe after release as the Cydia build has been tested and works.”

While the black bars may be a little distracting, it’s a small tradeoff in exchange for receiving the functionality of Cydia for the Electra iOS 11 jailbreak.

If you’ve been waiting for the implementation of Cydia to finally jailbreak your phone, you should do so now using the Electra jailbreak. If you’re running an update higher than iOS 11.1.2, you’re out of luck for now, unfortunately, as Apple has stopped signing the previous updates. Once we’ve seen the upcoming release, presumably releasing on February 15, you can just update the jailbreak to receive the full support of Cydia.