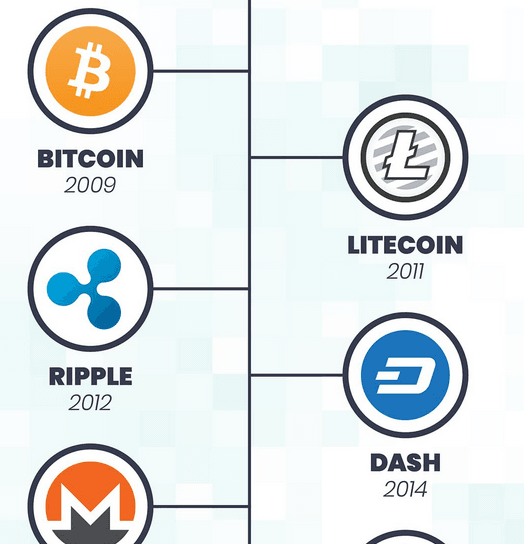 While there are still some that are perplexed by what cryptocurrency is and why it matters, digital currency continues to prove increasingly relevant. Banks, governments, countries, and individuals are starting to understand the value of this relatively new form of currency and are investing in it rapidly. Today, the most prominent currency, Bitcoin, is estimated to be worth around nine thousand dollars per unit.

The invention of bitcoin started the phenomenon of cryptocurrency, and many other digital currencies have emerged on the market since. As cryptocurrency continues to become more mainstream, more and more businesses are accepting it as a legitimate form of currency and are thinking long and hard about how digital currency will affect their business now and in the future.

Bitcoin and other cryptocurrencies are important because they are revolutionizing monetary transactions across the globe. Because bitcoin is permissionless and irreversible, many believe that the system is an attack on the traditional control that banks and governments have over their citizens’ finances.

At the most fundamental level, all currency is made up of limited entries in a database that no one can change without fulfilling specific criteria. Money of any form would not exist without a verified database for accounts, balances and transactions. Bitcoin and other cryptocurrencies are unique because they exist in a decentralized system in which one entity is not the regulator. Instead, bitcoin employs a peer-to-peer verification system. In this system, everyone in the network has access to the all the transactions that have occurred and the balance within everyone’s accounts.

In order to work, all cryptocurrency networks must run on the absolute consensus of all users. The system starts to break down the moment that the nodes of the network start to disagree about any single balance. There are many rules that are built into the program that exist primarily to keep this system breakdown from happening. The fundamental difference between cryptocurrency and all other currencies is that there’s no central authority that governs it.

Bitcoin and other cryptocurrencies are important because they are revolutionizing monetary transactions across the globe. Because bitcoin is permissionless and irreversible, many believe that the system is an attack on the traditional control that banks and governments have over their citizens’ finances.

Cryptocurrency is an open system with no gatekeeper that anyone can participate in. In the future, some believe that cryptocurrency will likely continue to grow in importance to the modern economy and will have profound implications on the way that people spend money and run businesses.