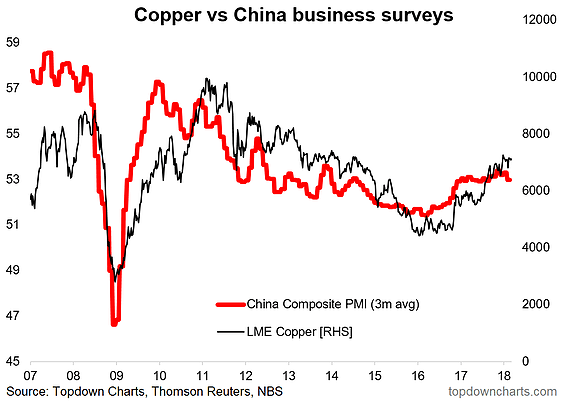 With the end of February, China puts itself in the spotlight with the first major PMI results of all the major economies, and major economy is the key word as China’s influence across global markets only grows by the year.  The February manufacturing PMI came in at 50.3 (51.2 expected, 51.3 previous), and the Non-manufacturing PMI at 54.4 (55.0 expected, 55.3 previous).  So, some pretty soft results.  The timing of Chinese new year no doubt played some role (taking place in the middle of February – and hence shutting things down for a couple of weeks around the 1-week national holiday), so we’d need to see March data to confirm, but it still a weak result nonetheless.

On the details, within the manufacturing PMI large firms were down -0.4pts to 52.2 vs small firms down a sharp -3.7pts to 44.8 – highlighting the pressure facing smaller firms which receive less support from the government and are generally more sensitive to changes in economic activity.  Within the non-manufacturing PMI, the Services PMI was down -0.6pts to 53.8, while the Construction PMI was down -3.0pts to 57.5 – which lines up with the slowing in property price gains.  So overall, within the data there was not much to get excited about.  And looking at a key China-sensitive market, the outlook for copper prices is left with some looming questions…

The key takeaways from the February China PMIs are:

-The February China PMI data was materially weaker vs January and consensus expectations.  Chinese New Year likely had some impact, but it was still a weak result.

-The soft data, even if it proves to be temporary, leaves question marks looming on the outlook for copper prices.

-Looking at the copper and government bond markets there are a couple of key divergences, which highlight double-edged risks in copper prices and bond yields. 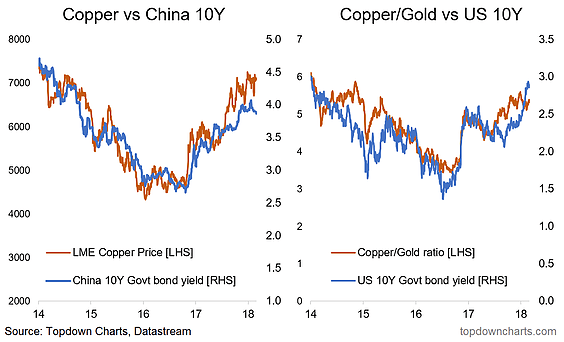 Like what you see?  Why not take a trial of our premium offering for an extra level of service and insight.