ValueWalk
Home Technology The Rise And Fall Of Bitconnect 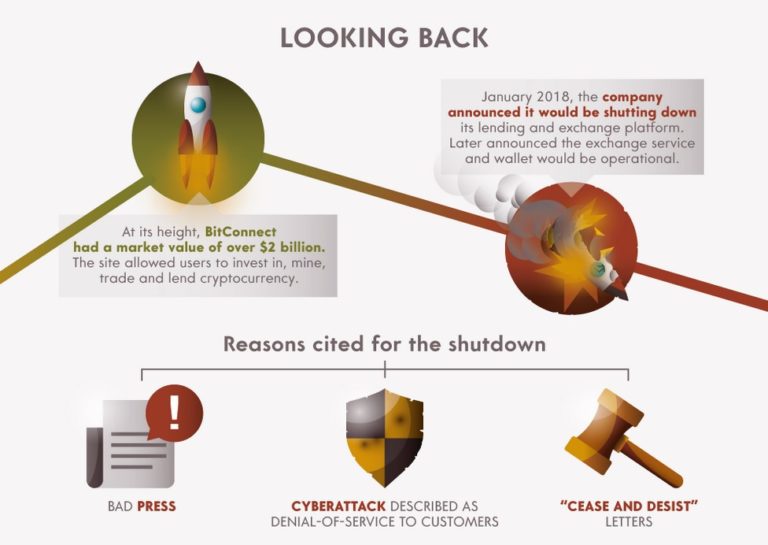 BitConnect has been in the news a lot lately, and not for good reasons. There are many people who had poured their life savings into BitConnect only to have it almost immediately crash and find their accounts suspended. There are state investigations and frozen assets and the future of the briefly popular ICO is uncertain at best. So how did this happen? 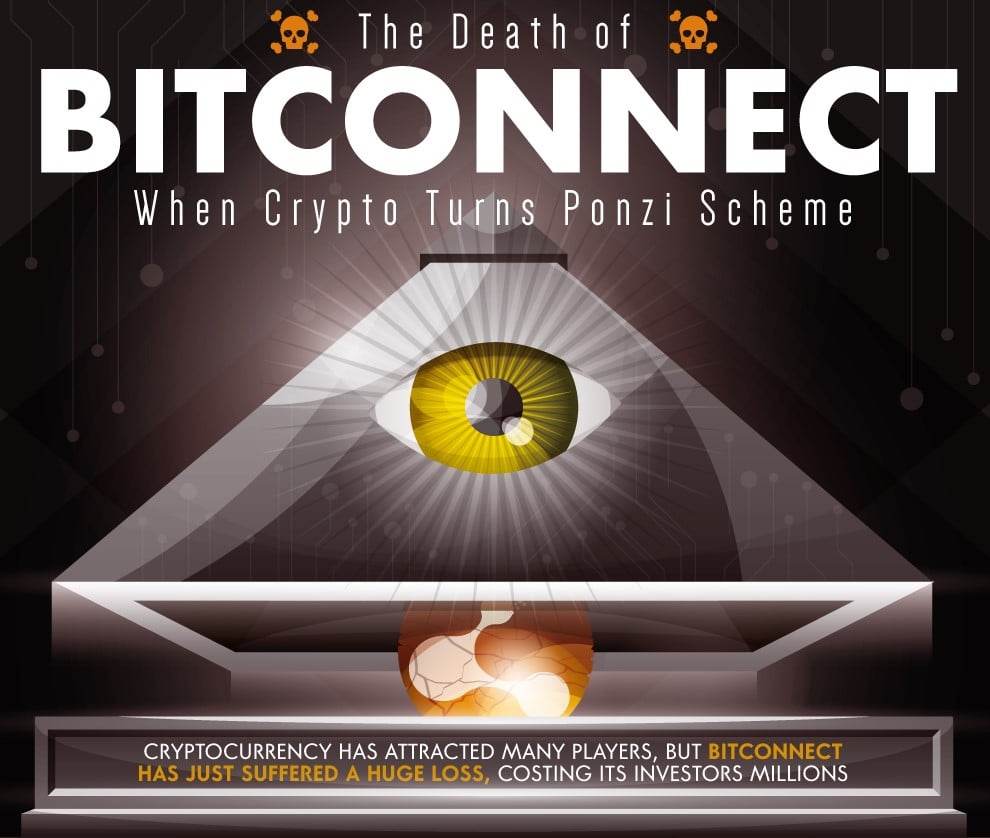 BitConnect was first offered a little over a year ago on January 20, 2017. At that initial offering it actually closed slightly below its initial offering point. The value wavered but basically held steady until March of that year when it almost doubled in a day. The value continued to climb steadily until it began to skyrocket, until January of this year when it topped out and then tanked. Things started looking fishy after reports of apparent pyramid scheme where investors were paid bonuses for recruiting new investors, a telltale sign of a pyramid scheme.

Then news reports started sounding the alarm bells as some people were dumping their entire life savings into BitConnect. The number for the suicide prevention hotline was put in a Reddit thread where people were desperately trying to find out what had happened to their investments. State governments began to contact the owners of BitConnect with cease and desist letters and requests to register with the securities commissioners in their state if they wanted to continue to do business within that state. Then there was a cyber attack. The value of BitConnect plummeted, and then people began to discover they had been locked out of their accounts.

BitConnect seemed to have features of both pyramid schemes and Ponzi schemes. On the pyramid scheme side of things, investors were paid bonuses to bring in other investors. The point of this was to add value to BitConnect, even though it was through investment and not through actual growth. On the Ponzi scheme side of things people were promised a certain return on their investments after a set period of time, which was sustained by new members dumping their cash into the venture.

BitConnect’s sister ICO, BitConnect X, is still raising funds despite the fact that BitConnect is frozen pending a number of lawsuits and investigations. Will BitConnect be back? At this point it’s anybody’s guess. With so little regulation regarding ICOs and cryptocurrency coming into compliance wouldn’t exactly be a massive undertaking.

Learn more about the rise and fall of BitConnect from this infographic.