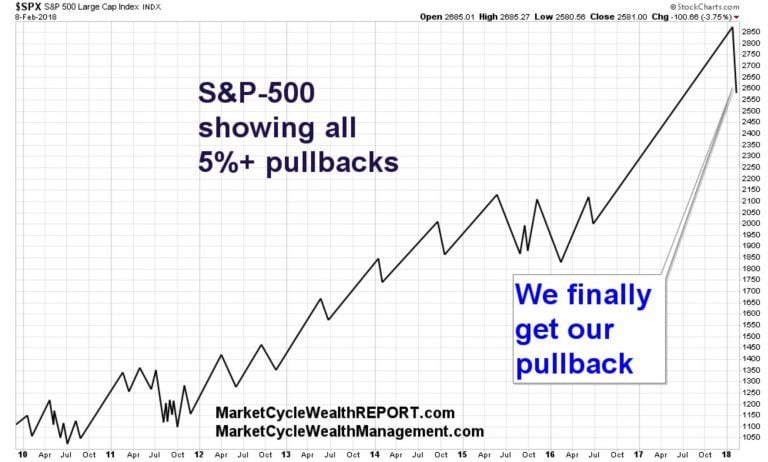 Friday February 9, 2018, published before market open (charts are as of Thursday night).

We finally got a much needed “correction” of overbought market conditions. Similar a steadily boiling tea kettle, an overheating stock market must let off occasional steam. Corrections are normal and necessary.

Over the past two years, I’ve had numerous people tell me how we could make a lot of money by trading volatility products and especially by shorting the short-term VIX futures, which is basically the “Volatility Index.” It is very easy to do. My response has always been: “That’s how you eventually lose all of your money.” Well, holders of XIV (which shorts the VIX) literally and permanently lost 99% of their money this week. If, last week, they had $100,000 invested using this technique, today they are the proud holders of $1000. This is exactly why the market fell so fast and deep this week… the unwinding of this “VIX-trade” spooked even the most hardened traders and hedge funds. I did not want anything to do with it… and I still don’t. This is not investing, it isn’t even speculating, it is betting that volatility and risk don’t exist. It is stupidity in action.

Ready for some good news? The stock market has moved back into the middle of its long-term trend channel, which is good because it means that the bull market can more easily run for longer: 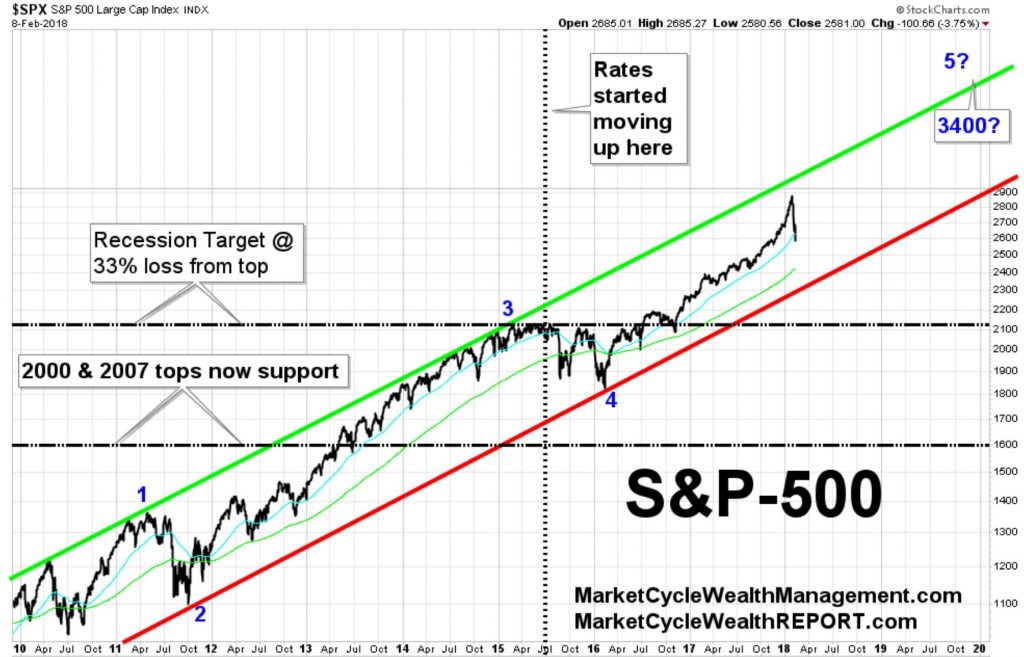 However, as I wrote to clients earlier this week, the stock market has been experiencing a natural pull toward where its short-term trend-line and 200 day moving average meet (the red dashed lines as shown on this two year chart). The volume spike (at the bottom of this chart) is indicating that we might be approaching the pullback bottom… we’ll soon know. I had originally expressed that I felt that any pullback would be fast, deep and “V” shaped. However, as this all progresses, I now feel that making a bottom may be more of a struggle than that just because of the ferocity and speed of the correction. It may take the rest of this month to work itself out. 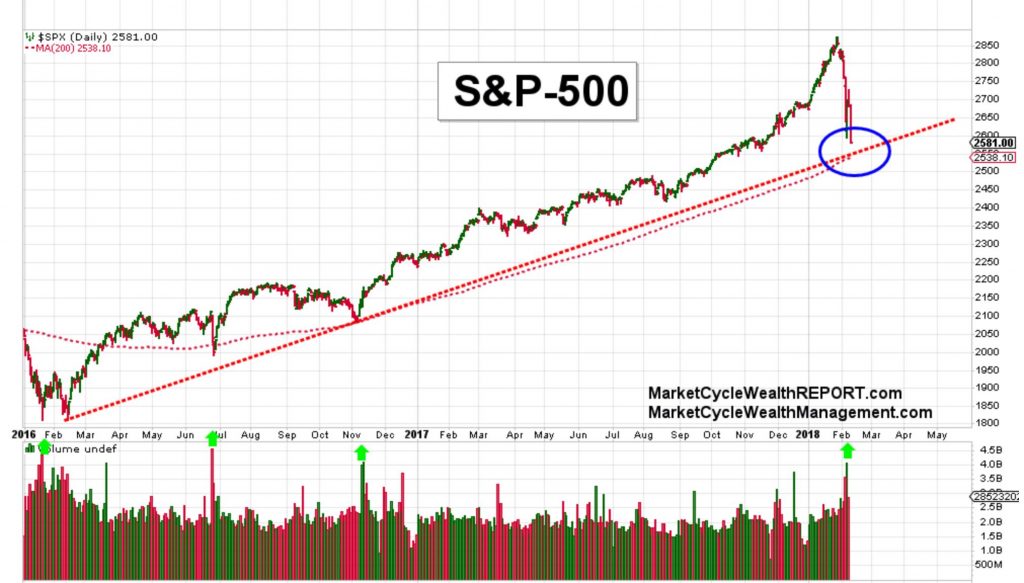 And, the stock market has almost become over-sold enough (if/when the indicator’s blue line finally drops below the horizontal red line) to represent a potential re-start to this current bull market: 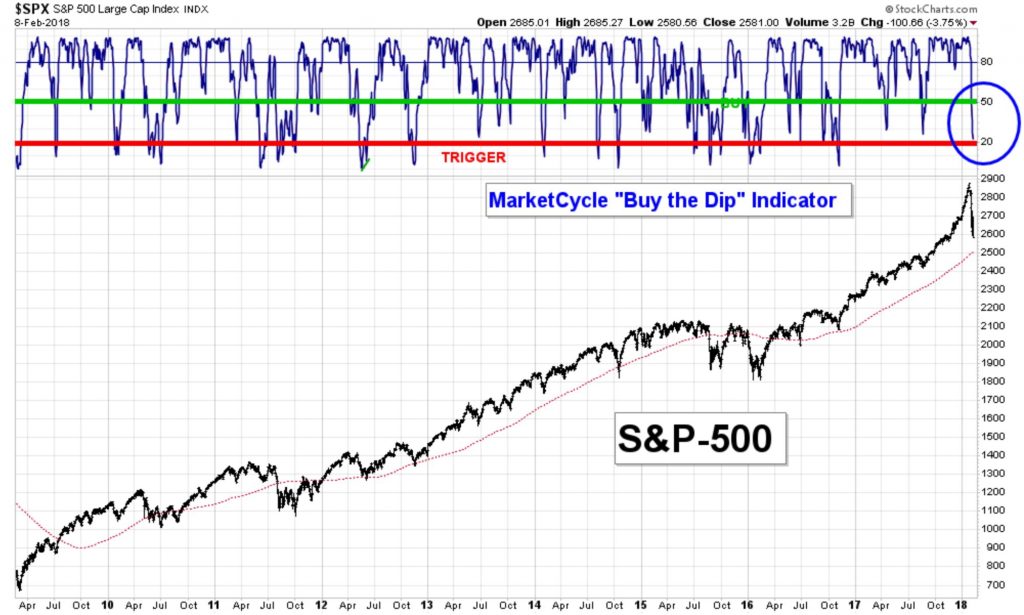 Unfortunately for most investors, bonds have been no help at all during the pullback, although gold has held its own:

Summary: So far, this looks to be a normal correction of the type that usually happens once per year. We just always seem to forget that they happen. Bull markets always zig-zag. The calculated chance of an economic-recession 2 months out is at a ridiculously low 0.5% and that means “no chance.” Market internals are still quite strong. Earnings are still going up, globally. Money is still sloshing all around the globe and strength is everywhere. Inflation is finally increasing, but still low, and this is a good thing, not bad. Employment is strong and wages are slowly increasing. Lowered corporate taxes mean that corporations will be keeping more money and using it to purchase back their own stock shares on the open market, further driving up the stock market. However, the prolonged non-correcting market had simply gotten ahead of itself so losses represent illegitimate gains that, unfortunately, had to be given back. And the potential melt-up was averted and postponed, which is actually a good thing because: “The tortoise beats the hare.”

Summary of Summary: We’re still in a stock bull market.