“Investing is the only sphere of life where victory, security and success goes to the minority and never to the majority.” —John Maynard Keynes

In the movie, Minority Report, Tom Cruise plays a policeman in a world where crimes are predicted ahead of time. Cruise’s character gets accused of a future murder and he is forced to work incredibly hard to acquit himself of the anticipated crime.

Those of us who practice long-duration value investing disciplines must constantly examine securities pricing to determine where potential future investment “crimes” are being committed. There is a long history of momentum taking over in sectors or industries, and over-confidence often becomes attached to the momentum. In his book, John Neff On Investing, Neff points out the over-confidence in technology stemming (no pun intended) from the space race with the Soviet Union in the 1960s and the technology bubble which existed as he wrote the book in 1999.

We have developed a theoretical model at our firm for gauging the momentum and euphoria surrounding the most popular investments in the U.S. stock market. We call our concept “a well-known fact.” A well-known fact is a body of economic information which is “known” to pretty much everyone and has been acted on by almost everyone who has capital or borrowed money available.

It is our opinion that today’s well-known fact is tied to the faith the stock market has in the ability of technology companies to continue their amazing momentum. The easiest way to see this is the reaction to major announcements made by today’s euphoric darlings.

Netflix (NFLX) announced a $350 million five-year deal to engage hit-making producer, Ryan Murphy. In effect, Netflix eliminated the risks that Murphy would normally take to produce TV shows and movies. The knock-off effect of this is the depressed prices of traditional media companies whose profits and free-cash flow dwarf the technology platform companies who have jumped into the entertainment production world.

Amazon (AMZN) recently announced preliminary plans to go into the healthcare and the package delivery businesses, leading to an immediate slash in the share prices of major companies in those industries (FedEx, UPS, McKesson, Cardinal Health, AmerisourceBergen, etc.). To us, it looks like a crime by basically murdering the share prices based on the fantasies of future success for Amazon. This success is supposed to come from someone who isn’t even in the industry and/or is currently a tiny player. The nice thing about Amazon is they are also paying up for TV and movie production talent, the grocery business, retail and any other business which has a large stream of revenue. After all, Amazon is a revenue growth story, since their price-to-earnings ratio (P/E) is 256 on a trailing basis as of February 16, 2018.

Well known facts are established by media coverage, industry equity analyst unanimity, gargantuan new company headquarters, boom-town home headquarter cities and an ascribing of higher and higher intelligence to the leaders of the organization which are booming.

The economist John Kenneth Galbraith, in his book, A Short History of Financial Euphoria, wrote the following:

“The second factor contributing to speculative euphoria and programmed collapse is the specious association of money and intelligence….The basic situation is wonderfully clear. In all free enterprise attitudes there is a strong tendency to believe that the more money, either as income or assets, of which an individual is possessed or with which he is associated, the deeper and more compelling his economic and social perception, the more astute and penetrating his mental process….The more money, the greater the achievement and the intelligence which supports it.”

At Smead Capital Management, we know that we must humbly own meritorious companies fitting our eight criteria for stock selection and seek them out among the industries which are owned in the minority and not in the majority. We must acquit ourselves in the marketplace and use the hysteria and euphoria to plant seeds for future profits.

Reed Hastings and Jeff Bezos are ascribed unbelievable intelligence for the platforms which they have formed and the amazing wealth they have created for themselves and fellow shareholders over the last five years. See the chart below:1

Therefore, as long-duration value investors who seek victory, security and success in our common stock ownership, we will do the following:

We are excited about our recent purchases of Walgreen’s (WBA), Amgen (AMGN) and Discovery Communications (DISCA). They trade at very low P/E ratios and gush free cash flow. Walgreen’s might acquire the rest of AmerisourceBergen that they don’t yet own, effectively thumbing their nose at Bezos and Amazon. The stock is at its lowest P/E ratio relative to the S&P 500 Index since it bottomed in 2012, when they temporarily lost one of their largest customers, Express Scripts.

Amgen is buying back 7.6% of their outstanding shares in a Dutch auction and is willing to pay as high as $200 per share. They have seen almost no insider selling in recent years even though their stock has risen 21.6% annualized since they started paying a dividend in 2011. We believe that their recently approved monoclonal antibody, Repatha, will be a huge success in lowering bad cholesterol. When President Trump finds out that they can take his bad cholesterol from the current 143 to 70, like most of the 27,564 people who participated in the FOURIER study, his tweets could be a lot sweeter for Amgen.

Discovery Communications is the premier creator of unscripted TV shows and is merging with Scripps Network (SNI), while the P/E multiples of these old media company’s shares are depressed by the glam tech platforms. They will own a major part of the most popular TV channels among women in the U.S. and have a great foothold in the development of pay TV in Europe.

Unscripted TV costs 10% of scripted TV shows to produce, so Netflix can have their victory lap with Ryan Murphy as he laughs all the way to the bank. In poker, they always say that if you don’t know who the sucker is at the table, you are the sucker. Hollywood producers and directors know who the suckers are at the table — it is the tech players with the least experience and Galbraith would say, the most intelligence ascribed over-confidence!

John Neff said in his book that what he did for a living was argue with the stock market. We are in the minority as non-owners of the most popular FAANG stocks, while the preponderance of the S&P 500 Index is tied up in expensive futuristic tech stocks.2 We believe we can understand where the next major crimes will be and where the most capital could be destroyed in the U.S. stock market. In a weird way, it is our “Minority Report.” 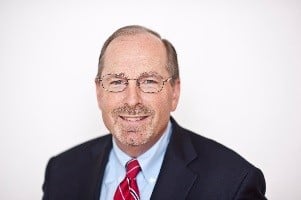 The information contained in this missive represents Smead Capital Management's opinions, and should not be construed as personalized or individualized investment advice and are subject to change. Past performance is no guarantee of future results. Bill Smead, CIO and CEO, wrote this article. It should not be assumed that investing in any securities mentioned above will or will not be profitable. Portfolio composition is subject to change at any time and references to specific securities, industries and sectors in this letter are not recommendations to purchase or sell any particular security. Current and future portfolio holdings are subject to risk. In preparing this document, SCM has relied upon and assumed, without independent verification, the accuracy and completeness of all information available from public sources. A list of all recommendations made by Smead Capital Management within the past twelve-month period is available upon request.