The elite consensus meme that voters are dumb, stubborn and factually challenged is, itself, a notion that requires a fact check. The real question becomes: will those so quick to accept the notion that voters in “flyover territory” don’t care about facts actually listen when they are presented with challenging information? A new report does just that, pointing out that both Trump and Clinton voters consider facts. What they do with the information and how they translate this into policy considerations is a different topic. 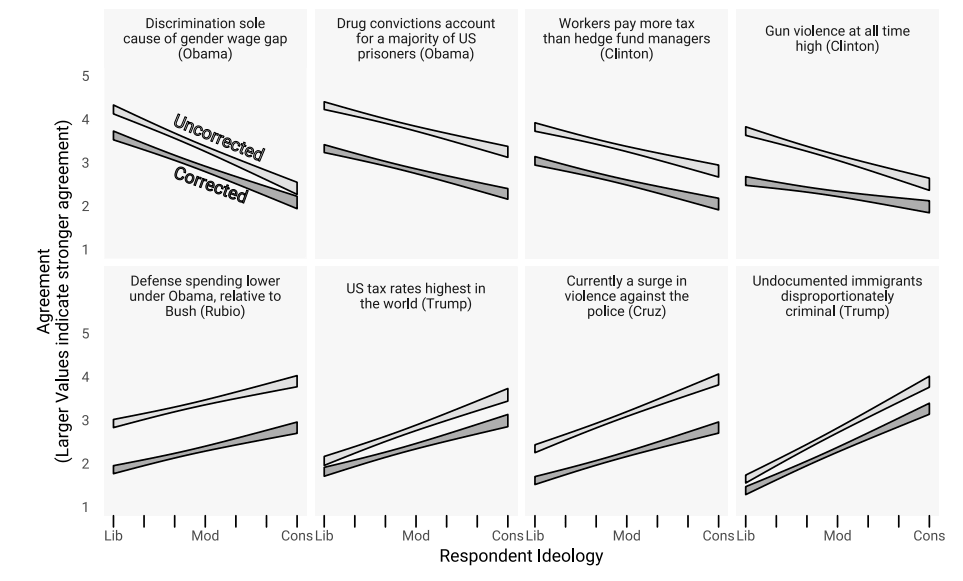 Brendan Nyhan, now working at Dartmouth College, and Jason Reifler, now at the University of Exieter, created a firestorm when their 2010 study confirmed a stereotype: conservatives and middle-American voters ignored facts. In their work on the “backfire effect,” they revealed that not only Trump voters ignored facts contrary to their beliefs, but the opposing facts actually hardened those beliefs, thus a "backfire."

This study led to nearly 50 different journalists or politicians proclaiming this a “post truth” era, a Poynter report by Alexios Mantzarlis observed.

In short, facts don't matter is the working thesis.

But is this notion, itself, false?

In a recently published study, George Washington University’s Ethan Porter and The Ohio State University’s Thomas Wood challenge the prevailing wisdom in a counter-study in which Nyhan and Reifler helped craft.

In a statement to ValueWalk, Wood pointed out two primary findings:

The Porter and Wood study found that people on both sides of the political aisle – including both Hillary Clinton and Donald Trump supporters – gave attention to facts when making political observations.

Only in statistically insignificant instances did the study detect a “backfire effect.”

“There's been this common perception that we are in a "post-truth" political era; that the American public is immune to factual information about politics given the intensity of their partisan commitments,” Porter told Poynter, calling the work of Nyhan and Reifiler “the furthest end” of research on the topic.

Wood expanded on the topic:

We definitely see this in our sample's responses. People are extra happy to adopt a factual correction when they have the opportunity to contradict the other team. And that's a very reliable finding. We're not suggesting that we cast aside decades of research on motivated reasoning and people seeking out facts that are consistent with their ideological commitments.

But we have definitely not found any consistent evidence of factual backfire despite months of work on thousands of subjects. By and large, folks across the political spectrum were happy to move, at least some of the way, consistently with a factual intervention.

Porter points out that humans are far from “flawless, rational machines that just incorporate new facts magically.” He says that they have their political beliefs and may tend to gather information in a fashion that is comforting, the “dire” picture that is being painted by those who say “facts don’t matter” is inaccurate.

The issue of accepting information and listening to facts, however, is separate from their more nuanced policy attitudes that result from factual analysis.

“Our work shows is that people do accept new information, but we have no evidence that this then affects their downstream policy attitudes," Porter wrote, calling Nyhan and Reifler “great” because they helped with designing the test. “We read nightmare stories of senior scholars rejecting critiques or challenges made by junior scholars. They have been nothing but models of what you'd want a senior scholar to do when their prior work is challenged.”

Nyhan and Reiflier, for their part, have responded by not challenging the central thesis but rather the framework under which decisions were made.