Although he is known as Elon Musk’s number one enemy, Mr. Spiegel makes most of his money from killer small cap picks. His under the radar small caps were profiled in ValueWalk’s 2nd edition of our quarterly premium newsletter, where readers can also find his latest updates on those positions. Mark Spiegel’s Stanphyl Capital had some killer small cap picks which  are up several hundred percent in just a few months –More on the small caps can be found on ValueWalk’s HiddenValueStocks small cap website. Readers can see below for an excerpt on Tesla Inc (NASDAQ:TSLA) from their Stanphyl’s January 2018 letter.

We remain short shares of Tesla, Inc. (TSLA), which I consider to be the biggest single stock bubble in this whole bubble market—a company so landmine-filled that I think it can implode at any moment regardless of what the broad market does. To reiterate the three core points of our Tesla short position:

2) Tesla loses a huge (and increasing) amount of money despite relatively light competition but will soon be confronted with massive competition in every aspect of its business. 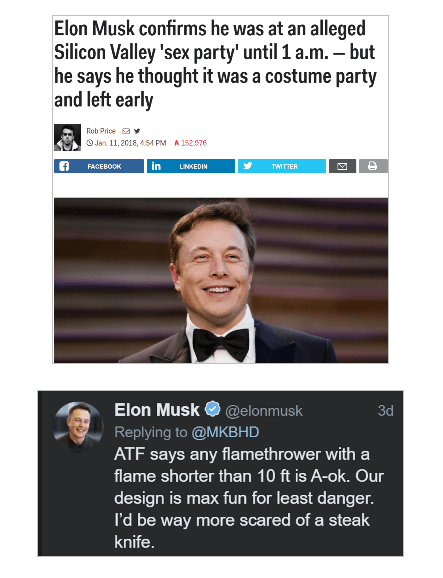 Meanwhile, Model S&X sales were up a bit in Q4 vs. Q3 (28,320 vs. 25,930) but nearly 3900 of those Q4 sales were net liquidated inventory, undoubtedly heavily discounted and thus most likely resulting in a record low gross margin for the quarter. (We’ll know when Tesla releases the financial results in February.) Also, those sales were almost certainly artificially juiced by fears of tax credits being eliminated both in Norway (by far Tesla’s largest European market) and here in the U.S. As it turned out however, those credits were preserved in both places and thus Tesla will see a large S/X delivery drop in Q1 2018, and keep in mind that this seventh consecutive quarter of roughly flat S/X sales is occurring before the arrival later this year and next of superior luxury EV competition from Jaguar, Audi, Mercedes and Porsche. As those cars filter into the market, S/X sales will undoubtedly head into significant decline.

Also in January, the annual Consumer Electronics Show provided a cornucopia of autonomous driving technology from many of the world’s largest and most deep-pocketed automotive and tech companies, while outside the show, GM announced plans for 2019 to produce the world’s first fleet of driverless taxis without any human controls. Then at the Detroit auto show Ford—heretofore a bit of an EV laggard—announced plans to spend $11 billion bringing 16 pure electric models to market by 2022. (Tesla was a no-show at both events.)

Also in January, Navigant Research published a new “Leaderboard Report” for autonomous driving, in which Tesla tied for dead last among 19 contenders. Here’s Navigant’s assessment: “Tesla is the outlier, with big plans and lots of public announcements, but technology that is at best dubious and some serious financial and manufacturing quality issues to mitigate.” And while we’re on the topic of Tesla now being a technology laggard, remember that in December its battery supplier Panasonic announced a partnership with Toyota (and possibly other Japanese automakers) that casts a spotlight on how technologically behind Tesla’s cylindrical battery format now is. I urge you to read this excellent summary of the event from The Daily Kanban.

Next for Tesla in January, CEO Elon Musk (or just “Elon”, as the cash-burning cult leader is referenced in the official SEC filing) signed on for a new pay deal that, when analyzed, is indicative of just how unprofitable this company will always be.

Finally in January, CNBC published an investigative report indicating that Model 3 production problems are apparently far worse than Tesla has been acknowledging, while a terrific article on Seeking Alpha reiterated the same thing using alternative data points. But eventually the Model 3 production and quality problems will be fixed, right? Perhaps, but based on the mediocre bids when current owners try to resell their brand-new Model 3s on eBay, as well as the fact that Tesla is already filling reservations from days 2 and 3 despite claiming to have had 180,000 reservations on day 1, it seems the primary demand for that car will be for the $35,000 base model rather than the ones starting at $49,000 that Tesla now sells. The problem with that is that I (and others) estimate that Tesla will lose at least $10,000 on a $35,000 car and thus won’t produce more than a token handful of them. Thus, watch for Model 3 reservations to dry up when potential buyers realize they can’t get a “mass-market affordable car” from Tesla (and instead switch to the new Leaf or Bolt), then watch those reservations really vanish when the $7500 tax credit goes away later this year. (More on that below.) And another big Model 3 headwind is that almost nothing can be done in the car without a multi-step process on the touchscreen—not even changing the windshield-wiper speed, adjusting the air vents or opening the glovebox. Thus, operating a Tesla Model 3 may potentially be as dangerous as texting while driving.

I previously mentioned that the Q4 Tesla sales bump was partially due to the feared cancellation of U.S. tax credits. Although the subsequent preservation of those credits might seem to be favorable to Tesla it actually isn’t, as U.S. Tesla buyers will only be able to apply a $7500 credit to approximately 100,000 more cars (including the phase-out period). After that Tesla will have a major price disadvantage vs. over 100 new EV models entering the market over the next few years, as its credits will have expired (after first being cut to $3750 and then $1875 during the extended phase-out) while much of the competition will just be getting started with a full $7500 credit. Additionally, pricing for much of that new competition will be cross-subsidized by highly profitable conventionally powered trucks and SUVs, so if you think Tesla loses a lot of money now trying to sell cars (and it sure does!), wait until you see what happens beginning late this year.

As for the heavily promoted “$180,000, 500-mile” Tesla electric truck, I (and many others) estimate that a 500-mile electric truck will require a 1000/kWh battery pack and—with its fancy carbon fiber cab and chassis– will thus cost at least $250,000 to build. Additionally, Tesla is guaranteeing to cap electricity rates at .07/kWh for the first million miles of the truck’s usage; as national rates average around .12/kWh, I estimate this will cost Tesla—on average—an additional $100,000 for each truck it sells, meaning it will supposedly charge $180,000 for a product that will cost around $350,000 to build and subsidize– a typical Musk “business proposition” if I’ve ever seen one! In other words, the Tesla semi-truck will either never be built and sold (hey by the way—where’s the factory and assembly line for that “2019 product”?) or the real price (with the lifetime .07/kWh electricity subsidy) will be around $400,000 (vs. $120,000 for a conventional truck) and all those big-name “reservations” will disappear even faster than the proceeds from a Tesla financing. And oh, by the way, Tesla is actually behind much of the industry in developing an electric truck.

Meanwhile, Tesla is increasingly besieged by a wide variety of lawsuits, for labor discrimination, union-busting, autopilot fraud, sudden acceleration, lemon law violations, investor fraud and, undoubtedly, many others of which I’m not yet aware. And that’s even before it brings in the (inevitable) bankruptcy lawyers!

So here is Tesla’s competition in cars (note: these links are continually updated)…

CHEVROLET BOLT EV: THE 2017 MOTOR TREND CAR OF THE YEAR

Volkswagen To Speed Up EV Development With Big Investments

Volvo To Start Selling Electric Trucks In 2019, Some Will Hit The Road This Year

Infiniti will go mostly electric by 2021

Opel bets on electric power in bid for profitability

Toyota to market over 10 battery EV models in early 2020s

Renault to have 8 pure electric models by 2022

Rolls-Royce is preparing electric Phantom for 2022

Subaru to introduce all-electric vehicles by 2021

Honda to launch three electric vehicles in China in 2018

Toyota to re-enter EV sector starting in China from 2020

Geely’s Volvo gears up to make electric cars in China

Leapmotor’s electric car to hit the market in 2018

Tesla Model 3 Watch Out: Here Is The XPeng Identity X

NEVS receives approval for electric car factory with capacity of 200,000 units per year

Qoros Auto’s new owner plans to be an EV power

An Overview of Audi Piloted Driving

Volkswagen and NVIDIA to Infuse AI into Future Vehicle Lineup

Nissan’s Robo-Taxis Will Hit the Road in March

Lyft and Waymo Reach Deal to Collaborate on Self-Driving Cars

Tencent is reportedly testing its own autonomous driving system

Apple Is Focusing on Making an Autonomous Car System

DENSO and NEC Collaborate on Automated Driving and Manufacturing

Daimler to ramp up battery production

China to build many gigafactories’ worth of electric-car battery plants

ABB teams up with Northvolt on Europe’s biggest battery plant

Wanxiang is playing to win, even if it takes generations

BMW and Volkswagen Take on Tesla Motors With a New U.S. Fast-Charging Network

Nissan and EVgo to build i-95 Fast-Charge ARC connecting Boston and Washington D.C.

Chargepoint Europe Gets $82 million in new funding from Daimler

BP in talks with electric carmakers on service station chargers

Yet despite all that deep-pocketed competition, perhaps you want to buy shares of Tesla because you believe in its management team. Really???

The Truth Is Catching Up With Tesla

Who You Gonna Believe? Elon Musk’s Words Or Your Own Lying Eyes?

When Is Enough Enough With Elon Musk?

Tesla: Contrary To The Official Story, Elon Musk Is Selling To Keep Cash

Tesla: O, What A Tangled Web We Weave When First We Practice To Deceive

I Put 20 Refundable Deposits On The Tesla Model 3

Tesla: A Failure To Communicate

Can You Really Trust Tesla?

So in summary, Tesla is losing a massive amount of money even before it faces a huge onslaught of competition (and things will only get worse once it does), while its fully diluted market cap (assuming 177 million shares “all-in”) exceeds that of Ford and almost equals that of GM despite a nearly two-billion-dollar annualized net loss selling a bit over 100,000 cars while Ford and GM make billions of dollars selling 6.6 million and 9 million cars respectively. Thus this cash-burning Musk vanity project is worth vastly less than its nearly $64 billion fully-diluted enterprise value and—thanks to its roughly $10 billion in debt—may eventually be worth “zero.”