2017 was a great year for bullish risk-reversals, Bank of America Merrill Lynch’s Equity Derivatives team observes. But with 2018 looking into the eye of several potential storms, will low volatility continue to dominate?

Risk reversals, a synthetic option strategy of both buying and selling out-of-the money puts and calls simultaneously, was a primary BAML strategy recommended last December. The goal of the bullish risk-reversals was to uses the investments “as a means of generating income (while maintaining market beta) from historically elevated levels of skew.”

“2018 will likely remain conducive for income-generating risk-reversals,” the report noted, pointing to many consistent performance drivers in 2017 that “should remain relevant.”

Sell those income-generating spreads in 2018, BAML recommends. “If markets behave as expected, risk-reversal strategies could end up yielding more than equities outright.”

This strategy of collecting a premium has worked in the past:

Risk-reversals tend to outperform equities in most environments. Purely from a statistical standpoint S&P500 risk-reversals would have outperformed the S&P Total Return in 11 of the last 17 years, from a risk-adjusted perspective. Even on a rolling (as opposed to end-of-year) basis, S&P500 risk-reversals would have generated greater 1y Sharpe ratios 62% of the time since Jan-01. For the ESTX50 and NKY, the frequency of outperformance is 60% and 71%, respectively (since Jan-08).

Risk- reversal: Central bank support of the market is expected to peak in the first quarter of 2018

Don’t mistake BAML’s positioning and their propensity for “income generating” assets. They “expect vol to rise” in 2018. But the increased volatility is not expected to rise above its long term average as “global (central banks) curtail their support of markets and G4 balance sheets likely peak in 1Q18,” the report stated. “Historical evidence across major global indices suggests that below-median vol is particularly beneficial for risk-reversal outperformance vs. the underlying market (on a Sharpe ratio basis).”

Looking into Europe in more depth, BAML’s Jason Galazidis and his team eye the Italian election, which is coming up March 4, and recommend “shallow hedges” on specific EU stock sectors.  The current center-left coalition led by Matteo Renzi is battling center-right coalition led by Silvio Berlusconi, with concerns that the populist party in the region might gain strength. If this happens, banks, autos and basic resources might find difficulty.

“These indices offer the cheapest put spreads relative to history,” the report noted. “The 3m max drawdowns of these indices around the three latest political catalysts (Apr17 French election, Dec16 Italian referendum & Jun16 EU referendum) were close to the current max payouts of 3m 50d-25d put spreads, which is not the case for most other EU indices.”

Heading into the election, the volatility premium could significantly rise, with some hedges already on the rise in anticipation of the event.

In Asia, BAML strategists don’t think the “lcarus melt-up” is not yet complete. The market that is currently flying too near the sun made of feathers and wax still has time on the clock, BAML surmises.

Even as SPX vol continues to reach new record lows, HSCEI vol is trading higher, in its 30th percentile over a 4-year history. Also, Korean auto-callable issuers’ vega outstanding has plunged since the HSCEI broke a 2.5yr high and most legacy HSCEI-linked products issued in 2015 have likely knocked-out. We think investors should take advantage of rich volatility to own HSCEI Mar-18 1x1.5 call ratios in case of a further rally. The trade has a 6.2x payoff with a breakeven level near ‘15 highs. 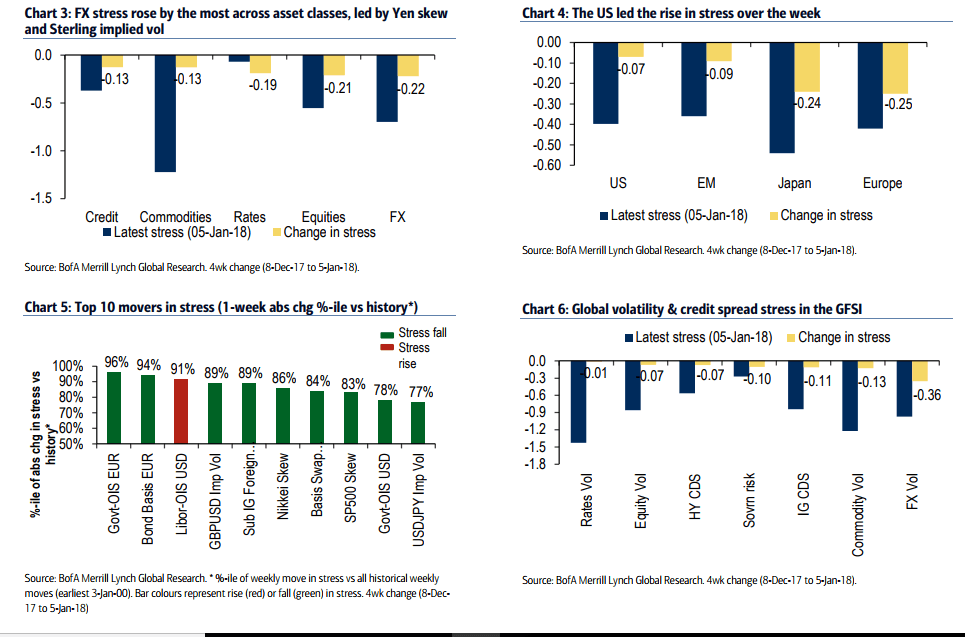