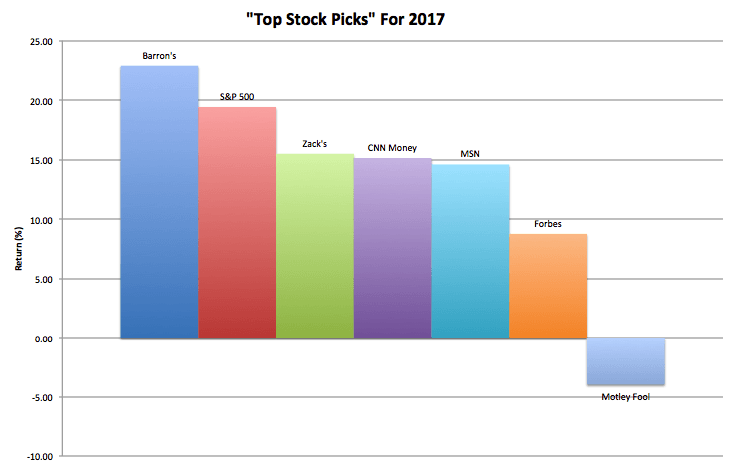 Forbes' list is comprised of "the best stock picks" from seven investing professionals. The portfolio's return of +8.76% was hindered by Forterra Inc. (NASDAQ:FRTA) down -48.75%. Forterra aside, Forbes' list would have still come up short of the S&P 500 by about a percentage point. The list's other loss, IBM (NYSE:IBM) was down -7.57% in 2017. Top performers included Dycom Industries (NYSE:DY) up +38.78%, and USG Corp. (NYSE:USG) up +33.52%. The remaining three stocks all trailed the index.

These six lists in total posted a gain of +12.15%, which would not come as a surprise to industry icons like Warren Buffett and Jack Bogle who champion the success of investing with the index. This analysis shows that picking stocks is even trying in a euphoric year like 2017.