Wynn Macau Limited is ranked as the second-largest gaming company in Macau by casino revenue, and no. 1 in terms of exposure to VIPs. 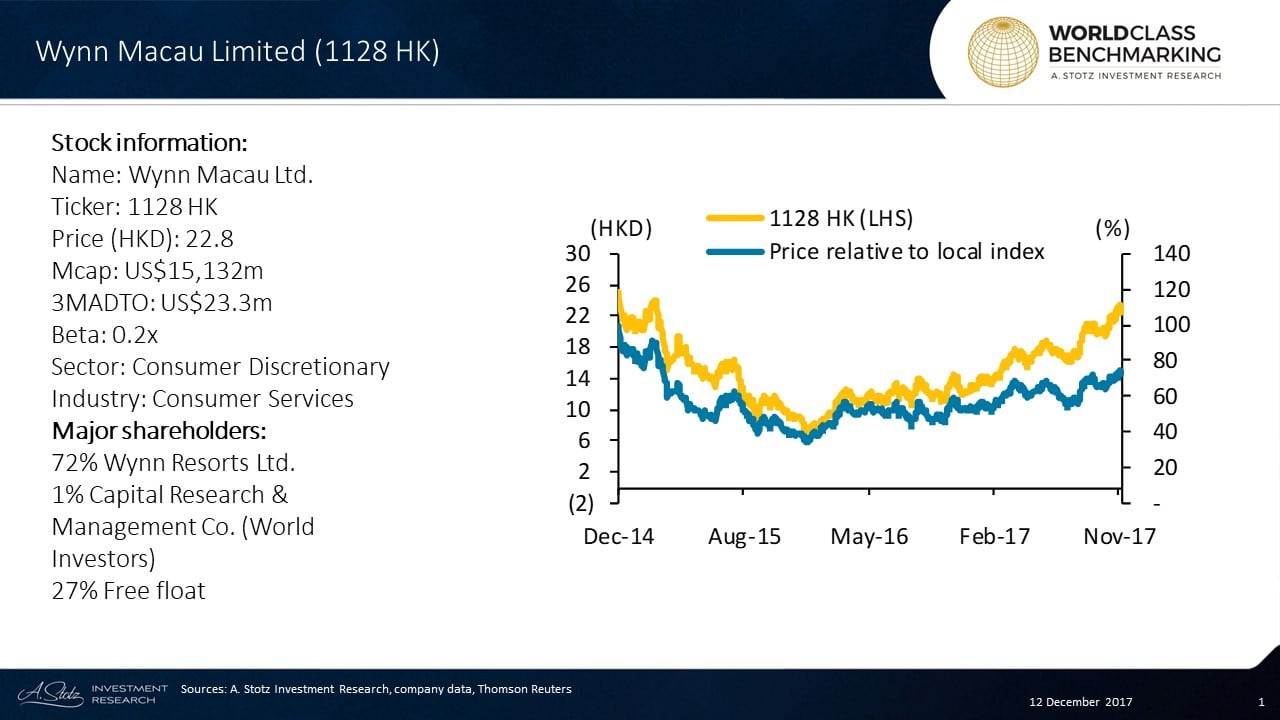 The resorts are well-known for their luxurious design, which attracts high-rollers.

Nearly all of Wynn’s revenue comes from its two casino operations in Macau; these are the Wynn Macau (Peninsula), and the newer Wynn Palace, which opened in 3Q16. Around 57% of casino EBITDA is derived from the Peninsula, and the rest from the Palace. Non-casino segments, at 5% of sales, include five restaurants, a spa, lounge and bar areas, and a convention center.

The number of hotel rooms and suites at the Peninsula casino exceeds 1,000, while that at the Wynn Palace is around 1,700. The majority of clients at the combined facilities come from China and Hong Kong. Peninsula caters largely to the mass market, and the company has plans to boost market share thereby increasing the number of hotel rooms, and improving the eating and drinking facilities. 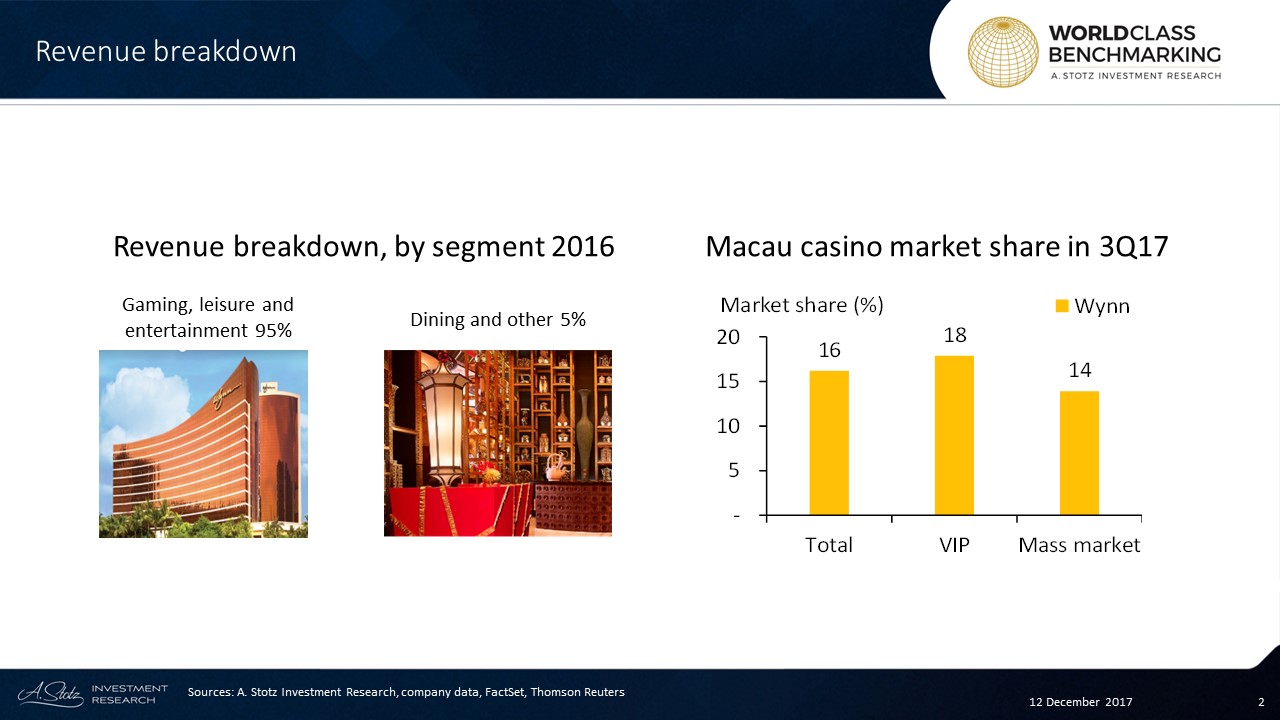 Wynn Palace, located in the Cotai strip of Macau, is targeting the VIP market. This market segment has seen a significant recovery since the peak in the anti-corruption drive of the Chinese government in 2016. Wynn increased its VIP market share to 18% in 3Q17 from 14% in 3Q16.

Stephen A. Wynn is the founder of Wynn Resorts Ltd. and has been serving as the Chairman and the CEO of Wynn Macau since 2009. He has worked in the casino industry for over 40 years and holds directorships and other management positions in several subsidiaries of Wynn Resorts. 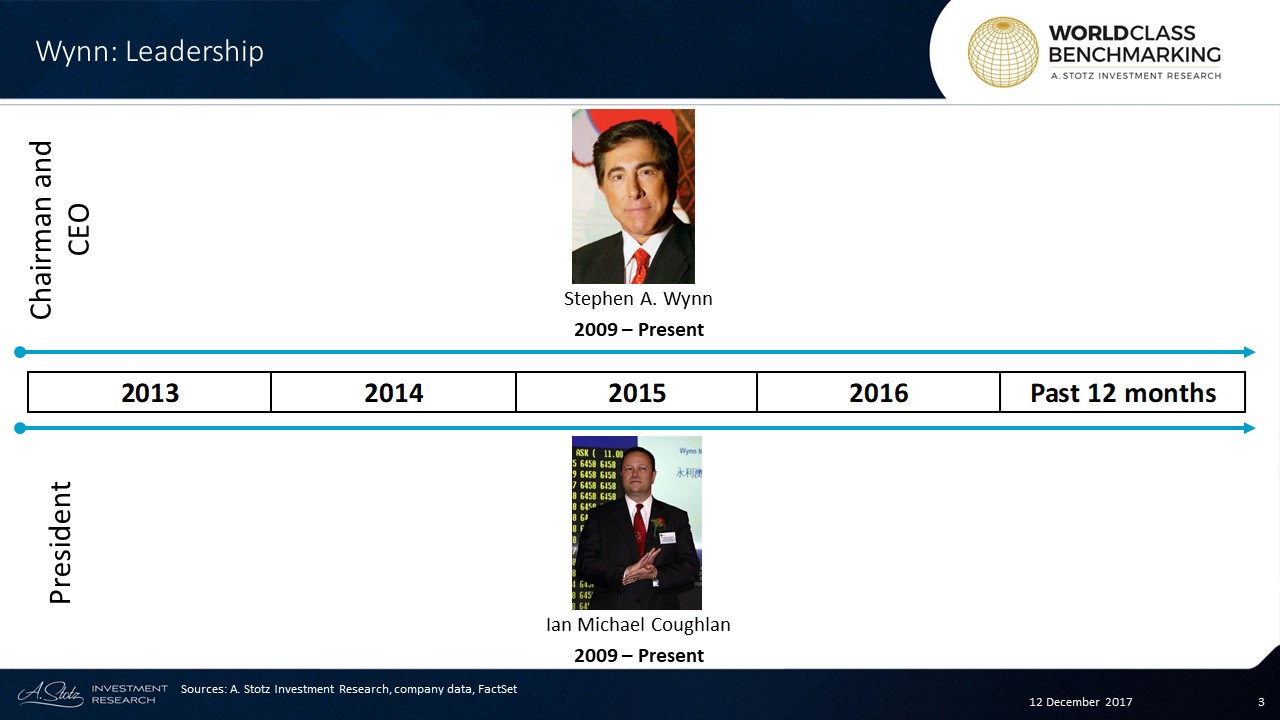 Ian Michael Coughlan was appointed the role of President of Wynn in 2009 after having served as the Director of Hotel Operations for Wynn resorts worldwide. He has a lot of experience in the industry and also holds a Diploma from Shannon College of Hotel Management, Ireland.

Profitability and Growth have also experienced a drop since 2013 but have recovered marginally in the past 12 months. 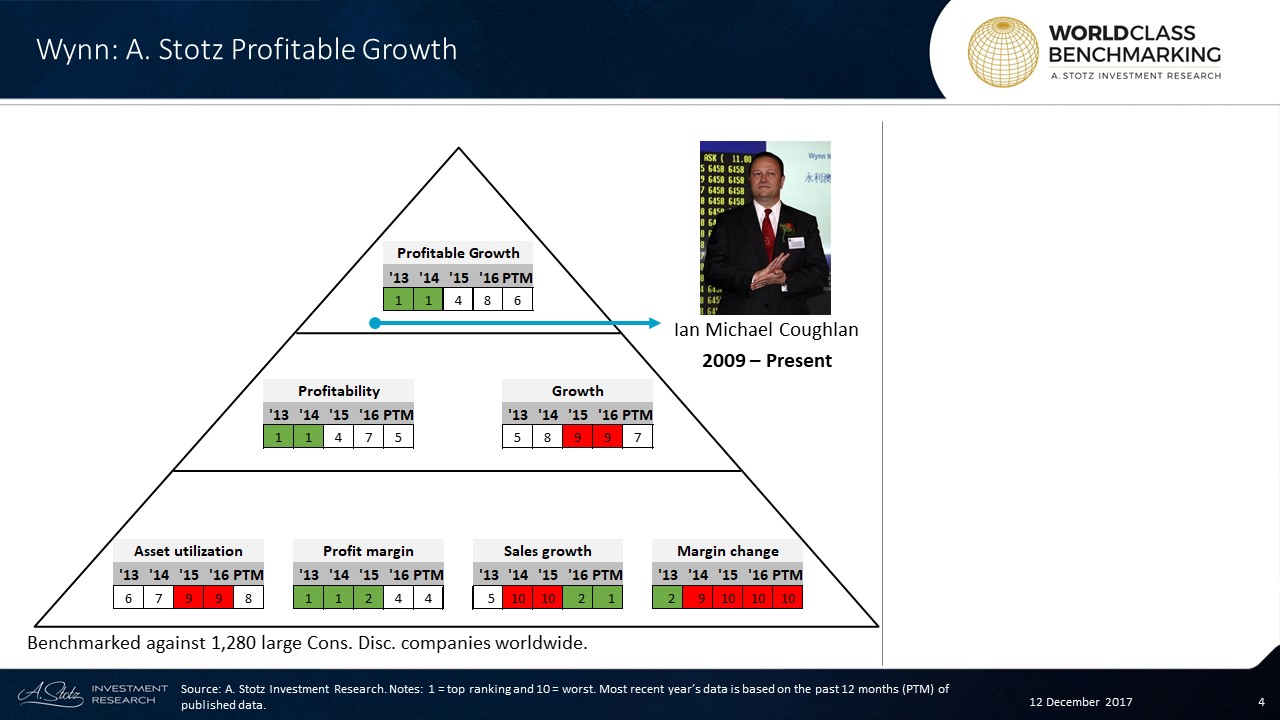 Sales growth and Margin change have both stayed among the worst since 2014. However, Sales growth have recovered to the green in recent years.