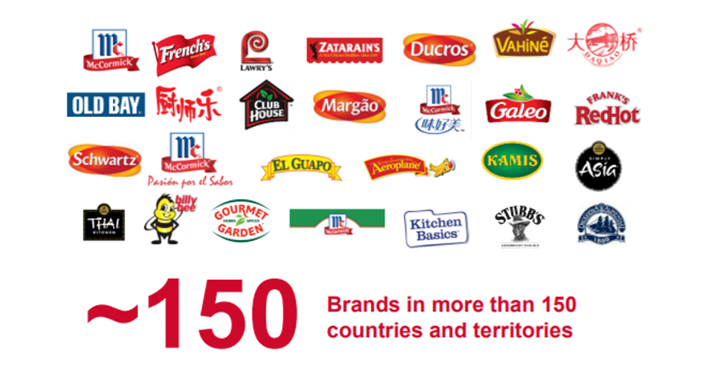 This is a guest contribution by Ryan Krueger of investment advisory firm Krueger & Catalano.  The best way to keep up with Ryan is on Twitter.

Opinions fly around in the Stock Market, and guesses crash into forecasts about this time every year.  And then also on all of the other days of the year.  Our hyper-connected world is changing so fast I wonder if the most un-crowded opportunity is not something slower.

If my teenagers’ angst at one of the disciplines from this playbook (Sunday screens sabbatical) is correlated with the profitability of this research, then we may be onto something, so let’s dig in!

I read this in a book, not online, from Dov Seidman, a CEO and author whose mission is to inspire principled performance.

Maybe those better paths in the Stock Market are the few that have stood the test of time now that we have assaulted them all with unimaginable technological disruption from almost every angle.  As predictions for the future’s most dramatic changes multiple, try a different exercise.  Ask yourself what is LEAST likely to change?  What is one thing you will be doing exactly the same, just like your parents did, and like your kids will do?

I am constantly putting myself through this riddle.  Managing an equity portfolio over the past two decades through a couple of bubbles and crashes while at the same time raising five kids, I have had the great fortune of witnessing a lot of changes from my perch.  So, I am in a high risk group for being distracted away from what is quietly working right under our noses.  I walked by one of them many times per day, every single day, for years.

“There was a time, for a handful of peppercorns, you could have someone killed.  There was a time when grown men thought of nothing but black pepper.  How to get it.  How to get more.  How to control the entire trade in pepper from point of origin to purchase.”

Source:  Spice – The History of a Temptation

Native to South Asia, peppercorns have been used since 2000 B.C. according to many records.  Pepper was found in Ramesses II tomb around 1200 B.C.  The original “Black Gold,” in some places peppercorns were even used as currency.

Wealth was once measured by how many spices you had.  For centuries, the Old World balance of powers shifted based on spice routes.  Many of the European expeditions were backed by monarchs in search of new colonies for spice trade in North and South America.  Christopher Columbus discovered America looking for the Spice Islands.

When you hold an asset that wars have been fought over for centuries, and entire new civilizations were formed to better acquire it, you have something that has stood the test of time.  I call that a core holding.  Clues toward these treasures are most often found in old books not Tweets.

Willoughby McCormick started a little company in 1889 making flavorings and extracts in his cellar and sold them door to door.  McCormick began making spices in 1896 and issued its first cookbook.  Now they sell in more 150 countries.

Willoughby died of a heart attack right in the middle of the Great Depression.  With no children of his own, it was his nephew Charles McCormick who took over at the age of 36.  After watching wages cut multiple times and work hours increased to combat the disastrous economy, Charles decided to disrupt his own business.  He announced no more wage cuts to employees and instead shocked them with a 10% raise.  Brennen Jensen of the Baltimore Magazine wrote after the company’s 125th birthday, “The Baltimore business community labeled him a communist for his liberal personnel policies, which included profit sharing and free turkeys for workers at Thanksgiving – a practice the company continues to this day.  His benevolent moves, designed to foster teamwork, were actually the concepts of a shrewd capitalist.”

That teamwork led to a lot of growth.

For the past three decades the company has increased its dividend to shareholders ever single year without interruption.  McCormick easily qualifies to be a Dividend Aristocrat. The annual growth rate of the dividend has been 9% over that time.  So, while traders agonize over good or bad entry prices, a long term stakeholder continues to get mailbox money every quarter.

There are huge risks to owning any single stock.  But during the next recession I will not be cutting back on cinnamon.

When you dominate an $11 billion in annual sales global market for spices you have a lot of leverage over retailers and pricing power.  McCormick is four times larger than its next closest competitor, and acquiring and growing to take up even more of that tasty pie chart.

McCormick has partnerships with 10 out of the top 10 packaged food and beverage companies.  Their facilities operate in 27 countries and deliver its products to 150 countries.

Spices remain a growth industry.  It makes perfect sense as standards of living rise in emerging civilizations, just as it has for hundreds of years.  New consumers at the table of global growth want to grab the same first few discretionary luxuries, once again.  Before they care about any technology revolution they want something to eat, and then for it to taste better.

To be clear, this is not a trade idea or recommendation of any kind.  For full disclosure, I own MKC alongside my clients as one of many positions.  Nothing is timely about MKC whatsoever.  I am simply sharing a discipline of asking yourself what may be timeless.  For more disclosure, I would not make a good trader anyhow.  But I did come across one of those in the history books also.  To end the fourth Anglo-Dutch War fought over trade routes for spices, included in the 1667 treaty was the Dutch trading Manhattan for nutmeg.

In fairness, and before any Monday morning quarterbacks bash the Dutch, the culinary historian Michael Krondl notes:  “Nutmeg was the iPhone of the 1600s.”

After considering all the mindboggling changes that might disrupt our future to invest in, I will predict among the things least likely to change is that nutmeg will be the nutmeg of the 2000s.

Game changers are great.  Games un-changed are even rarer.

Article by Ryan Krueger, Sure Dividend