AUM grows by almost 10% in first half of 2017, as distributions slow from record pace

The private equity industry saw a year of strong growth in 2017, and as of the end of June (the latest available data) has reached a record $2.38tn in assets under management. This is an increase of $248bn from the end of 2016, as the industry grew by almost 10% in six months. Investors have been satisfied by record distributions from funds, which totalled more than half a trillion dollars in 2016, and many have looked to reallocate significant capital back to the asset class. However, there are signs that distributions are slowing: in H1 2017 funds returned $233bn to investors, a significant sum but behind 2016’s pace. Record fundraising in 2017 pushed dry powder past the $1tn threshold for the first time, and investors and fund managers remain concerned about the impact that the influx of capital might have on deal making, the exit environment and future returns. 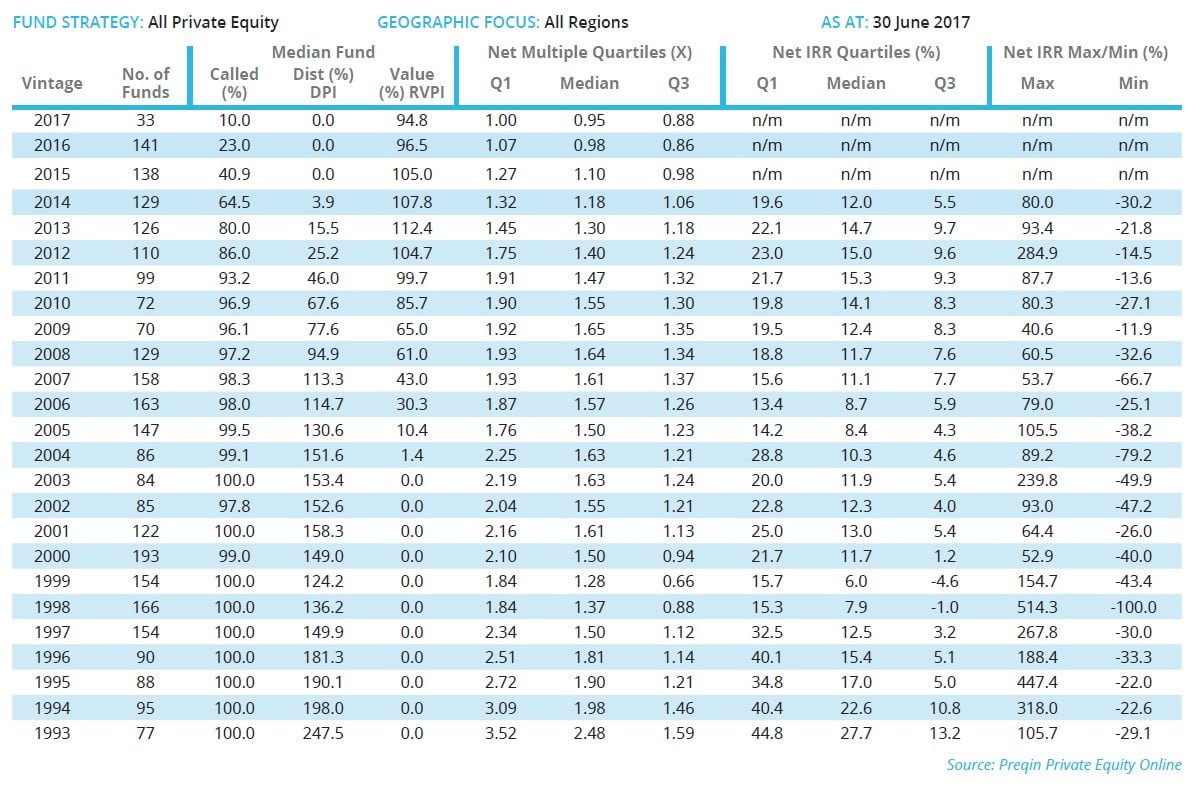 “The private equity industry has enjoyed a zenith in recent years: strong performance has allowed managers to return record levels of capital to investors – over half a trillion dollars in 2016 alone – and this in turn has prompted prodigious appetite among investors and commensurate fundraising levels. As a result, assets held by fund managers have climbed by almost 10% in just the first half of 2017, as the industry swelled by almost a quarter of a trillion dollars. This rate of growth is striking given the size of the industry, and demonstrates the abiding appetite for private equity among institutional investors.

However, such successes do not come without side-effects. Record fundraising through 2017 has pushed dry powder across the $1tn threshold, and with so much capital available to fund managers, the deal making market has become almost unprecedentedly competitive. Valuations are a major concern to investors and fund managers alike, and there are signs that distributions in the full-year 2017 are not going to make the heights marked in 2016. Despite that, investors remain satisfied with the asset class, and while returns in some other asset classes remain depressed there is every indication that they will keep allocating capital to private equity at the same pace in the months ahead, despite their feeling that this level of returns cannot last indefinitely.”