Get ready for a world where idiosyncratic stock picking is coming back, says a Global Market Outlook from Oceanwide Asset Management formerly known as Quam Asset Management. With interest rates in the US and Europe set to rise to “normalized” levels, the band aide is about to be gently tugged off. Managing Director Kenneth Lam, after posting machine-beating returns of 43% in 2017, gazes into the future and the Hong Kong-based long/short strategist sees a different world than the year that was 2017 — but still, one where the economy is strong. The hedge fund, the very top performer for 2017 per HSBC’s Hedge Weekly ranking. The hedge fund lays out the view in a recent letter to investors reviewed by ValueWalk. 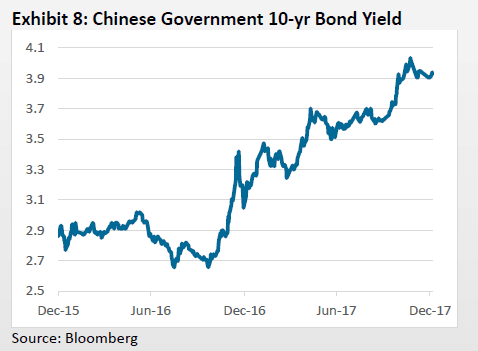 Oceanwide Asset Management  - Consider all the historical oddities in 2017

Take a step back and put the previous year into broader historical perspective, as  Oceanwide Asset Management has done.

“Year 2017 is a year marked by natural disasters, increasing geopolitical tensions, deepening political divisions in many countries,” he wrote, pointing to central banks started to gently withdraw the steady stream of stimulus that has been rejuvenating global bond and stock markets in response to the global financial crisis.

Have there ever been so many oddities in history? The petrodollar is being challenged, surrogate wars rage in the Middle East. Finally, China entered the prestigious SDR currency basket, the first authoritarian nation to do so.

And yet amid these noteworthy historical benchmarks “global equity markets were able to close the year uniformly in the positive territory,” Lam observed.

Risk? What risk, question the optimists? Price-earnings multiples? Don’t worry, there can be further multiple expansion – even in a rising rate environment, despite the negative historical correlation of these factors.

But are these quaint notions of ever-expanding multiples realistic? 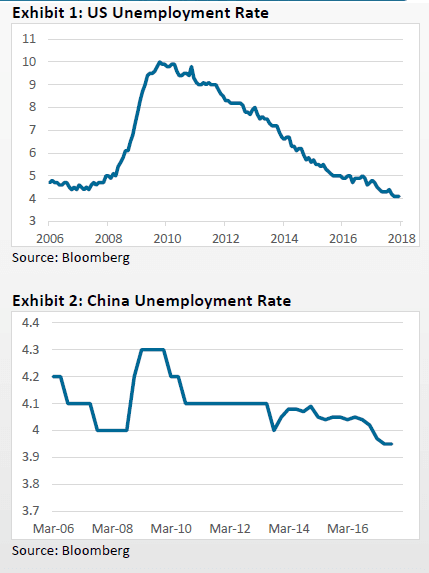 Oceanwide Asset Management - Three 25 basis point rate hikes baked in, but how much balance sheet reduction will be made?

Heading into 2018, central banks are expected to chart a steady and robust course and “shift further away from their easing monetary policies gradually both in interest rate and balance sheet.”

Lam is looking for 75 basis points of a total rate increase over the year – with the difficult to model wild card is how much balance sheet reduction occurs.

Into these steadfast views on rising interest rates with precision, Lam doesn’t see much in the way of inflationary pressure that usually drives such decisions. “Both unemployment rates and consumer prices figures in US and China indicate the risk of inflationary pressure to be controllable,” Lam writes as the US is putting down the gas pedal, but China is slowing its overheated economic engine.

Oceanwide Asset Management has a Goldilocks viewpoint to a certain degree, noting that inflation is likely to remain in check amid a placating market environment.

“A steady pace of rate hikes environment would be supportive of the stock markets,” he wrote, pointing to strong growth in Asia keeping default rates low – answering a concern of regional bears.

How should investors handle 2018? Robust and idiosyncratic issue selection with an understanding of macro market trends. 2018 should be a stronger beta market environment for security selection, particularly in Chinese bonds where refinance needs could present regional opportunity, Lam observes: This spawns a two-tiered performance driver preference selection. “High yields with shorter duration and higher carry are expected to provide value to the portfolio,” he said, favoring “less aggressive” real estate developers in the region where speculative markets have raised “bubble” concerns.

If they are wrong on inflation, it changes the analysis. “A sharp rise in interest rates will lead to a serious slowdown in global economic growth,” the outlook predicted. “Markets for ‘risky assets’ such as equities will then suffer a double whammy: lower growth will hurt earnings growth while higher interest rates will force valuations down.”

Other concerns are geopolitical conflict, specifically in North Korea, and unexpected slowing in Chinese growth. 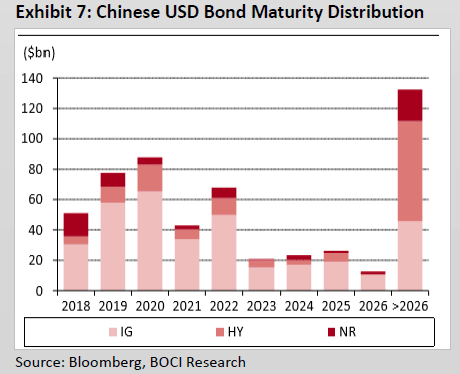