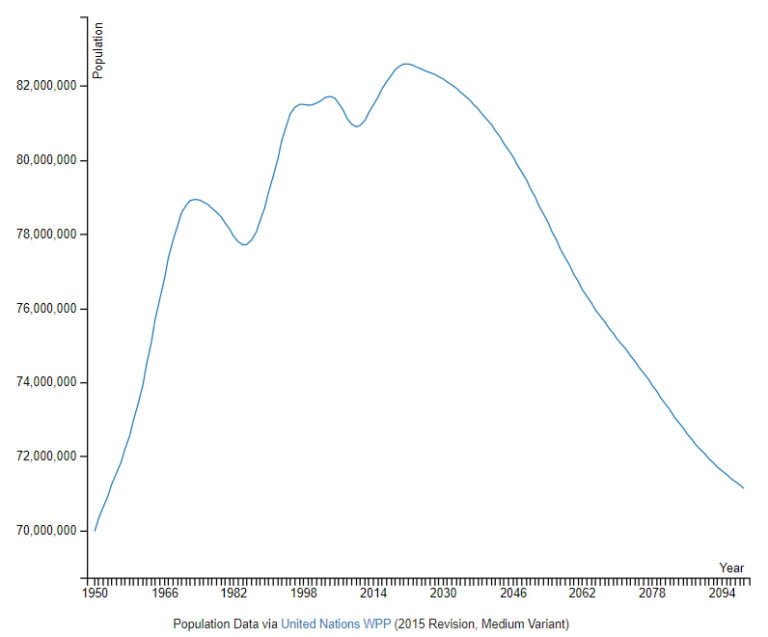 In Europe, the economy is humming along at its fastest pace in 10 years.

According to the European Central Bank, the most recent forecast for the eurozone pegs growth at 2.3% for the year ahead, a significant upgrade from the central bank’s previous estimate of 1.8%.

But as Europe regains its economic mojo, a key part of the machine is seeing demographic reality take shape.

It’s been no secret that Germany, which has a reputation as the economic engine of Europe, is in a troubling demographic predicament. With one of the oldest populations in Europe, and a low fertility rate of just 1.5 births per woman, it is only a matter of time before the rubber hits the road to affect growth in the country.

That time may be finally creeping in, and the country is poised to hit a dubious milestone in the next year that really crystallizes concerns around the demographic composition of Germany’s population.

By 2019, there will be fewer Germans under 30 years old than there are Germans that are 60+ years:

However, it’s also pretty extreme in comparison to other developed countries. The U.N., for example, recently estimated that the 60 and older population made up an average of 22.1% of the total for all high-income countries.

Conversely, the last time the 60+ group made up the same proportion in the German economy was in 1997.

A Closer Look at Germany

For a closer look at this trend, here’s an animated and interactive chart of Germany’s population pyramid. Notice that by 2020, the shape starts to represent the negative population growth pattern that we showcased in a previous post.

Use the “lock” button to save an imprint of particular year, and then use the play button to animate future years.

With more people in the 60+ age bracket than in the younger generation, it’s inevitably a prelude to population decline in the native population.

Based on these United Nations projections, the German population is likely to decline by over 10 million people as we move towards the end of the 21st century.

This is a stark contrast to other parts of the world, such as the booming megacities in Asia and Africa, that will soon dominate the world’s future demographic landscape.