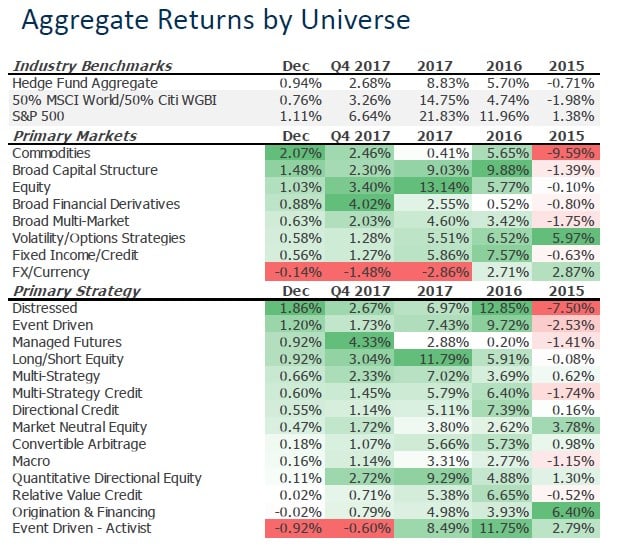 For most major strategies, 2017 was a very good year. Overall, over 80% of funds were able to produce positive results, and of those with gains for the year, returns averaged into double digits, nearly 14%. For segments like long/short equity, it was positive news from almost all around (90% of products had gains and, through November, led the industry for capital raised), but for a small handful of others the news was less positive.

Macro hedge funds ended what should be seen as a very mixed year in an appropriately mixed fashion. Managed futures were able to turn a very negative year into a positive with the help of industry leading Q4 returns, but where does that leave investor confidence?

Generally, the industry needed a feel good year in 2017, and for many, but definitely not all, that was accomplished. 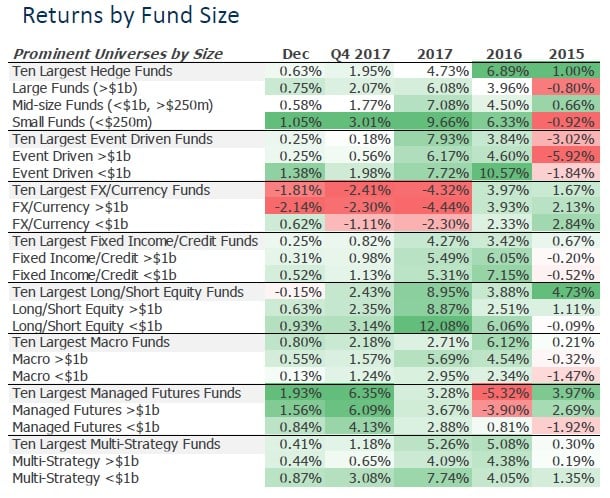 2017 Ends As It Began for Emerging Markets, With Double Digit Outperformance 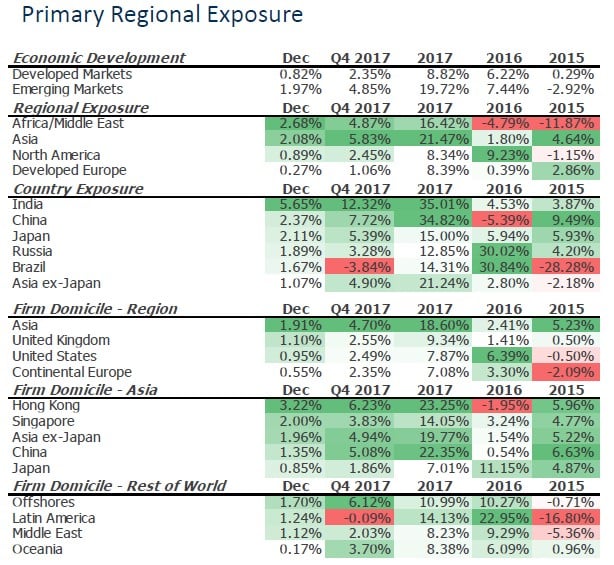