Bitcoin and other blockchain tokens took a tumble over the weekend and like blood in the water, people were ready to call this as the demise of cryptocurrency. Then it rebounded a couple thousand dollars depending on which product you’re looking at. Ignoring for a second that there’s huge market capitalization potential for blockchain technology (be on the look out for that soon), there’s plenty of well known names in finance that are “skeptical” of the crypto-mania, to put it lightly. Here’s a small list of some of those and there on-record accounts of how these see Bitcoin and other tokens: 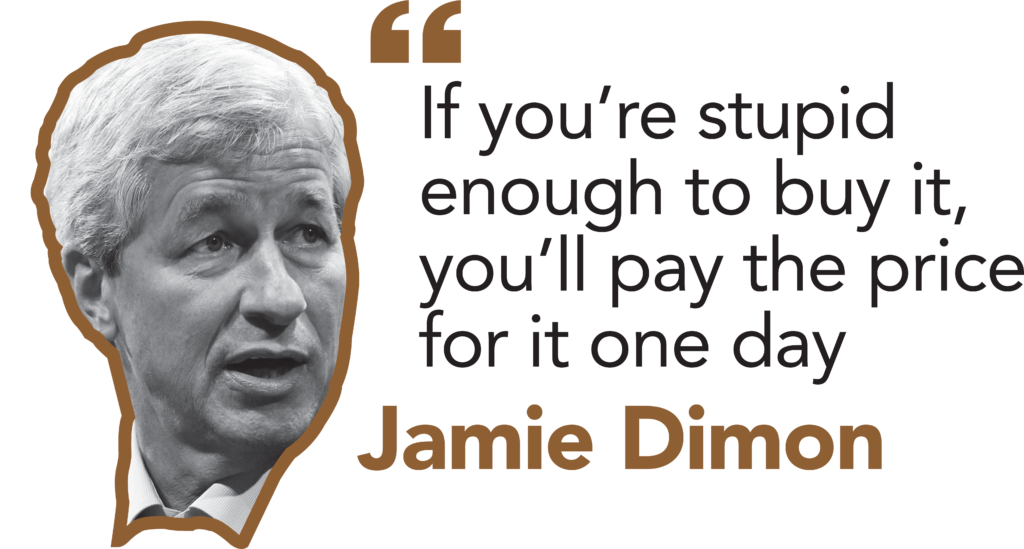 Already, we’ve seen some of these names walk back their claims on bitcoin. Jamie Dimon now says he regrets calling Bitcoin a fraud and Mark Cuban recently released that his franchise NBA team, the Mavericks will start accepting Bitcoin next season. Buffet still thinks this will all end “badly,” but in the meantime there’s companies changing their entire way of doing business (read: Kodak) to buy into this technology, there’s new Initial Coin Offerings it seems every week, and the interest isn’t going away.

In the end, we don’t know who will be right.  That why we’ve developed a program that aims to capture some upside while protecting that downside. Where do you stand? Are you on board with the revolution of blockchain or do you see this as a phase that will end in turmoil?