ValueWalk
Home Politics The Luckiest Person In The World? A Look By Location, Name,... 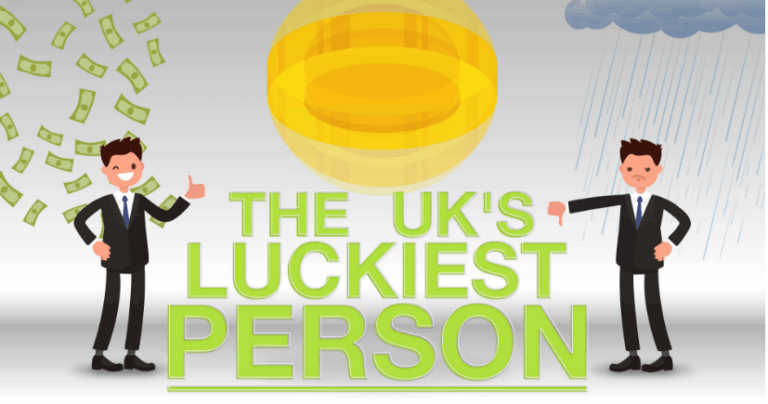 Let’s take a second to ponder the following question: What makes a person lucky? Could it be the people they choose to surround themselves with? Perhaps high-quality contacts result in a high-quality life? Or maybe it’s created by the person themselves in how they react to opportunity? It’s been said in the past that lucky people take more risks in life – this certainly sounds logical, as someone who shuts down opportunities won’t be reaping any benefits!

Nonetheless, I think we’d all agree in saying that lottery winners are some of the luckiest people around (excluding special circumstances). These soldiers manage to beat the slimmest of odds and take home cold hard cash. Not convinced? Well, the chances of winning the jackpot is roughly estimated at 1 in 40 million, beating the odds of death by meteor hit (1 in 700,000) and getting struck by lightning (1 in 10 million).

Lottoland, an online betting company, was very fascinated by the concept of “ lucky people ”. By extension – is it possible to predict what kind of people are luckier in life? If so, what better data is there than a list of players who beat the odds and took home prize money? So, in an endeavour to uncover the identity of the UK’s luckiest people, they trawled through the win/loss data of approximately 300,000 players in the UK & Northern Ireland over a one-year period, and the results may fascinate you…

There’s always been the stereotype circling the internet that the older generations always seem to win the bigger jackpots, leaving the younger folk fuming. Well, it turns out there might be some truth to that old tale, because according to the data people over the age of 60 seems to be the most fortunate out of everyone. Unfortunately, 41 to 45-year-olds are stuck at the bottom of the barrel with the worst luck of all the age groups.

Looking at the major cities and towns in the UK, it seems that Bristol, Brighton and Nottingham are the luckiest of the lot, while Cambridge, Birmingham and Belfast are very unlucky. Thornton Heath (a district in the south of London) took the crown: out of the 2,200 people that placed stakes in this area over a one-year period, a mind-boggling 72% took home prize money. In comparison, it looks as if Clitheroe in Lancashire is the unluckiest spot in the UK with a meagre 10% win ratio. International data also served up some interesting findings – Austria and the Czech Republic seem to be the most fortuitous countries, while Ireland and Brazil sare entirely out of luck! So much for the “luck of the Irish”, hm?

By splicing all of these findings together, it’s possible to identify the UK’s lucky people as individuals (statistically, of course!). So, if your name is Barry, you’re aged over 60 and you happen to live in Thornton Heath, then congratulations because you are the UK’s luckiest person! On the other hand, it looks as if 41 to 45-year-old Rebecca from Clitheroe, Lancashire is the unluckiest person in the UK – sorry! To see our findings summarised and more, check out the visual below!