Attorney General Jeff Sessions is actively lobbying Congress to overturn existing law prohibiting federal interference in state medical-marijuana policy. As someone who believes in strong constitutional limits on federal power and the rights of patients to choose, I am deeply disappointed. And as a cancer survivor who wanted the choice for myself, I wonder: does Sessions have any idea what it’s like?

My experience with chemo was like the worst hangover you can imagine multiplied by five.

In 2001, I was diagnosed with stage-four cancer. My doctor found a large tumor in my abdomen and his initial diagnosis read like a death sentence. My wife and I quickly wrote a living will and accessed our finances in the hope that she could keep our home if I died. After many hours of surgery, biopsy results revealed that my cancer could be treated with a toxic cocktail of chemotherapy drugs, including cisplatin and etoposide. My death sentence turned into a chance to beat this disease. Finally, I thought to myself, my stubbornness might be put to good use, weaponized against cancer in what would be a long slog through many months of chemotherapy.

Most people know about the hair loss and nausea that accompany most cancer treatments. Loss of appetite is common, too. I lost over 45 pounds during treatment until I looked a little bit like Keith Richards on a bad day if he were bald. But that was the least of my problems. My white-blood-cell count plummeted, exposing my immune system to endless external threats. I was anemic because my red blood cells were also ravaged by the constant drip of toxins into my veins. I would inject shots into my belly to restore some of the cells in my bone marrow, creating the unforgettable sensation that my bones were exploding.

My kidneys were also ravaged by the treatment, which proved particularly problematic for me because my massive tumor had already destroyed one of them. I still deal with extensive nerve damage in my hands and feet today. Overall, my experience with chemo was like the worst hangover you can imagine multiplied by five, every day without any relief for months on end.

Cannabis and Other Drugs

Thousands of patients are going through an even more horrific version of what I went through, and they want options.

I lived in the District of Columbia, which had legalized medical cannabis in 1998. I wanted to try it to help manage the side effects of chemo. I had a cornucopia of expensive prescription drugs available to treat many of the side effects, dysfunctions, and pains associated with my cancer and its treatment. I didn’t enjoy the withdrawal from opioids after my first surgery, so I was avoiding many of the prescription painkillers on offer. But I quickly learned that legal medical cannabis was not an option after all because the Republican Congress had passed something called the Barr Amendment, blocking implementation of a legalization initiative passed by 69 percent of voters.

I laughed out loud at the bitter irony. I had been a senior Republican congressional staffer during the Republican revolution of 1994, the year Bob Barr was elected to the House. Back then, conservative Republicans were all about federalism and constitutional limits on federal government power. We believed that health care choices should be made by patients and their doctors, not by bureaucrats in Washington, D.C. Or at least that’s what I believed.

I’ve never publicly told this story before and I don’t particularly like doing so now. I’m not a victim and I’m not looking for sympathy. I powered through all of the obstacles cancer threw in my way and I beat it. I am cancer free. But I know that there are thousands of patients going through an even more horrific version of what I went through right now, and they want options. A new study, published by the American Cancer Society’s peer-reviewed medical journal, found that an overwhelming 74 percent of cancer patients surveyed in Seattle, where medical cannabis is legal, wanted more information about the drug from their doctors.

Times have changed. In many ways, my more libertarian perspective on cannabis has taken over the Republican party since the days of the Barr Amendment, which was repealed in 2009, with Barr himself lobbying for the change. Representative Dana Rohrabacher, another conservative Republican, finally managed to pass his Rohrabacher–Farr Amendment as an add-on to the omnibus appropriations bill in December 2014, prohibiting federal interference in state decisions on medical cannabis. President Donald Trump himself has been unequivocal in his support for medical cannabis, telling Fox News, “I’m in favor of it 100 percent.”

Sessions’ views on medical cannabis put him at odds with a sizeable majority of Americans.

So why is Jeff Sessions still obsessed with rolling back existing federal law on medical cannabis? “Good people,” he believes, “don’t smoke marijuana.” His May 2017 letter to Congress lobbying against a renewal of the Rohrabacher Amendment goes even further, worrying about the “significant negative health effects” of marijuana. I can only assume that he has never experienced the many “negative health effects” of the treatments associated with stage-four cancer.

I would love to introduce him to some real patients and their families who find medical cannabis not only safe and effective but life-altering: Christine, who uses cannabis to manage the debilitating pain of a brain tumor; Amanda, who uses cannabis to stay mobile despite having multiple sclerosis; Doug, whose daughter Ashley uses a cannabis-derived tincture to manage her epilepsy, which before caused her brutal tonic-clonic seizures; and Audra, whose 80-something-year-old grandma uses a topical cannabis cream on her hips to give her the mobility needed to get out of bed in the morning.

At this point, Sessions’ views on medical cannabis put him at odds with a sizeable majority of Americans and with his own boss, President Trump. They also contradict the conservative principles he claims to adhere to. Republicans in Congress need to reject his legislative meddling and ensure that the Rohrabacher amendment remains the law of the land. 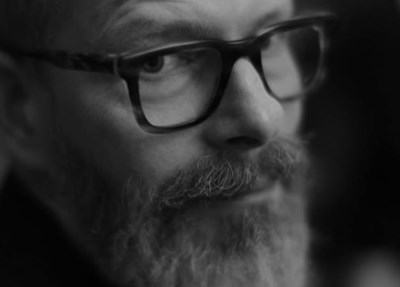 Matt Kibbe is a leading advocate for personal, civil and economic liberties. An economist by training, Kibbe is a public policy expert, bestselling author and political commentator. He served as Senior Advisor to Concerned American Voters, a Rand Paul Super PAC. He is also Distinguished Senior Fellow at the Austrian Economic Center in Vienna, Austria. He is a member of the FEE faculty network and cooperates in running Free the People.