With news of iOS 11.3 coming this spring with exciting features like the ability to turn off throttling on older iPhones, people are anxiously anticipating the future of the iPhone. While 11.3 is a large update for Apple, the biggest changes will come with a whole new operating system with iOS 12. We don’t know too much about the upcoming operating system, but Ascending News has developed a new iOS 12 concept that gives us an idea of what we might expect from the new update.

While Apple has long been known for their clean user interface and ease of use, there’s always room for improvement. As perhaps the most user friendly smartphone on the market, many people are drawn to Apple products because they “just work.” There’s no denying that Android has the edge when it comes to customizability, but Apple excels in offering a high-quality and uniform experience across all of their devices in an ecosystem that works together flawlessly. By continuing to improve on the user interface to make it less cluttered and more aesthetically pleasing, Apple can double down on their reputation as the king of design while making their operating system even more accessible and enjoyable to use. 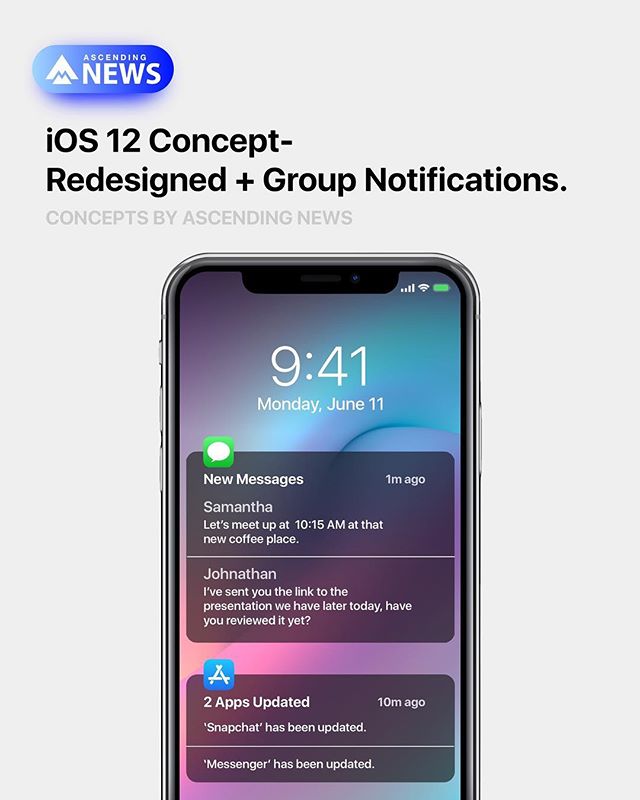 The iOS 12 concept also includes a simpler way to offload data in order to free up local storage space. While phones continue to get larger storage capacities, it’s often quite expensive to get a phone with hundreds of gigabytes of storage. By making it easy to transfer what you need on and off of your device, the iOS 12 concept gives users a more convenient way to use their phones without shelling out hundreds of dollars extra for additional storage. 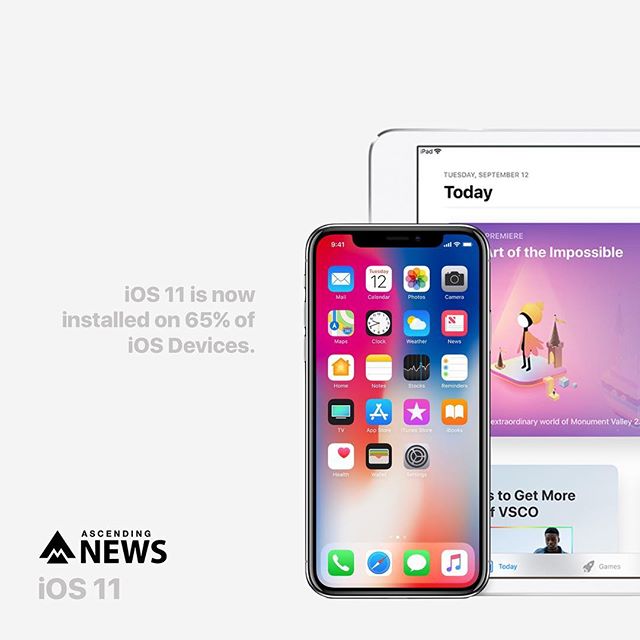 One interesting addition that the iOS 12 concept proposes is the ability to limit access to apps when you give your phone to another person. Considering how much people use their smartphones and that it’s essentially a small computer, there’s a lot of personal and private information stored on these devices that many don’t want shared with other people. The iOS 12 concept features an option to lock access to apps while giving your phone to someone else, ensuring that you can help out and let someone make a call without giving access to any sensitive data.

The iOS 12 concept also includes a feature that causes the display to consume less power, which will be a welcome change for those who expect a long life out of their phones. While the majority of modern iPhones will last the full day on a single charge assuming moderate usage, it’s still nice to have the option for a longer battery life for those cases where you’ll need to use your phone more heavily or go longer periods of time without a charge.

Taking advantage of the always-on display, the iOS 12 concept allows users to tap the screen to get relevant information with just a glance. Being able to see notifications and basic phone data with just a single tap rather than having to take multiple steps to unlock your phone is a welcome change, and this is one the iOS 12 concept changes we’d be most excited about were it to be included. 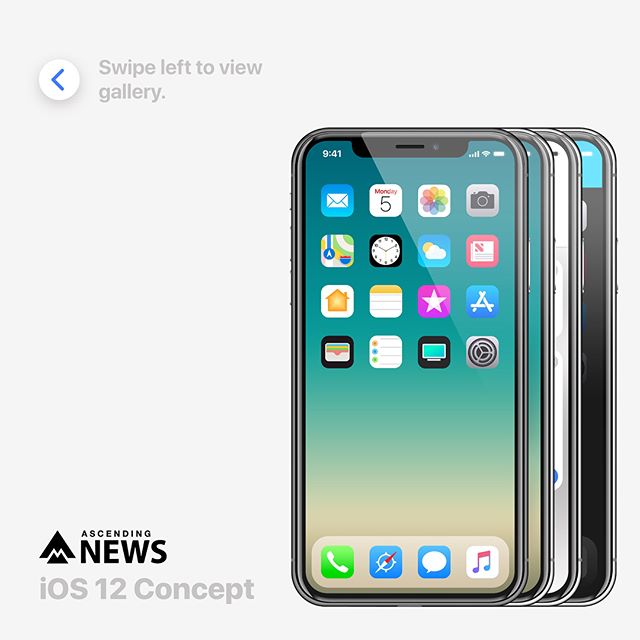 The last major feature that the iOS 12 concept proposes is the ability to lock apps using Face ID or Touch ID so only you can open them. Building on the ability to limit access to apps for strangers mentioned above, being able to lock specific apps to your eyes only is a huge benefit that should make sensitive apps much more secure. The implications for this technology in banking apps, for example, definitely makes this a worthwhile inclusion.

With iOS 12 likely a good ways off, it’s difficult to say what exactly will be included in the update. We do know, however, that it will like be big and change the way we use the iPhone in many ways. Whether these features or something new entirely are included remain to be seen, but until we get an announcement, creative renderings like this iOS 12 concept are all we have to tide us over.