Climate change is having some unexpected effects on wildlife as well as the weather. For a particular green sea turtle population, it has meant that over 99% of new hatchlings, are female. Because of warmer than average temperatures in Australia’s Great Barrier Reef area, the past twenty years has seen very few male green sea turtles born.

This is going to be problematic for the sea turtle population as males age and die off. With fewer males available for mating and ever-rising beach sand temperatures it almost ensures their extinction. The sea turtle population gender composition is determined by the sand temperature where the turtles lay their eggs. Eggs laid in sand that is below 81.86 degrees Fahrenheit will hatch as males. Eggs laid in sand over 87.8 degrees Fahrenheit will produce females. 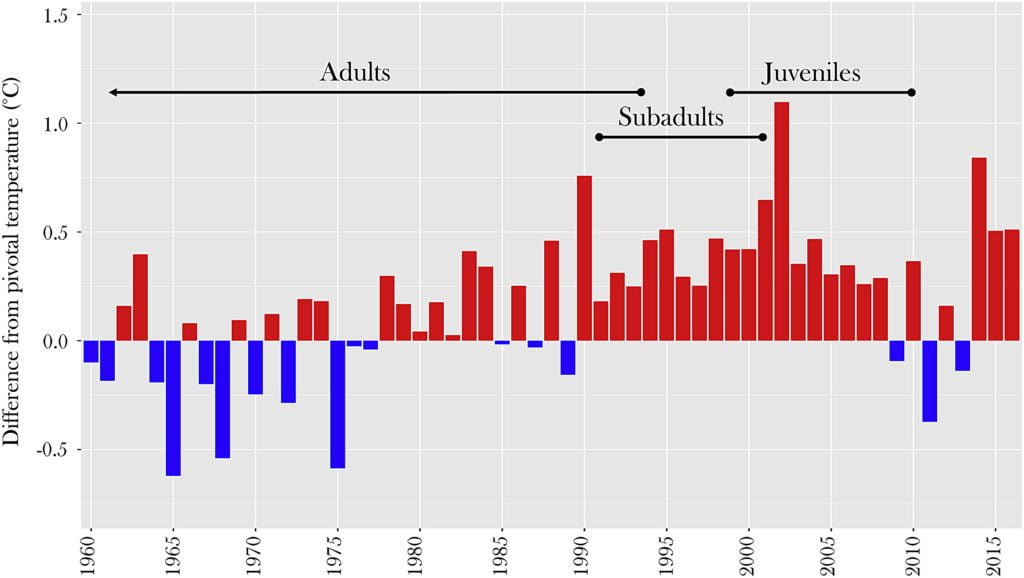 How to Save the Sea Turtles?

The key to saving the sea turtles will be to lower the sand temperature at the rookeries, the places where sea turtles lay their eggs. Doing that artificially will be a cumbersome task. There are over 200,000 females currently lay their eggs around the northern Great Barrier Reef. The green sea turtles nest during the hottest part of each year and the average temperature of Earth having risen 9-14 degrees Fahrenheit already. Because of how quickly climate change has an impact, the sea turtles do not have enough time to evolve in order to adapt to the new temperatures. This means that, in order to keep them from going extinct, humans will have to intervene.

All of this has come to light via a new study by the National Oceanic and Atmospheric Association Fisheries and Australia’s Queensland Department of Environment and Heritage Protection. In the study they utilized a novel way of estimating the primary sex ratios in the populations studied. The results of this study were recently published in Current Biology. Green sea turtles take almost 25 years to reach sexual maturity. With the majority of adult turtles being female now and the new generation being almost completely female, there could be a reproductive crisis in the species in the next two decades. 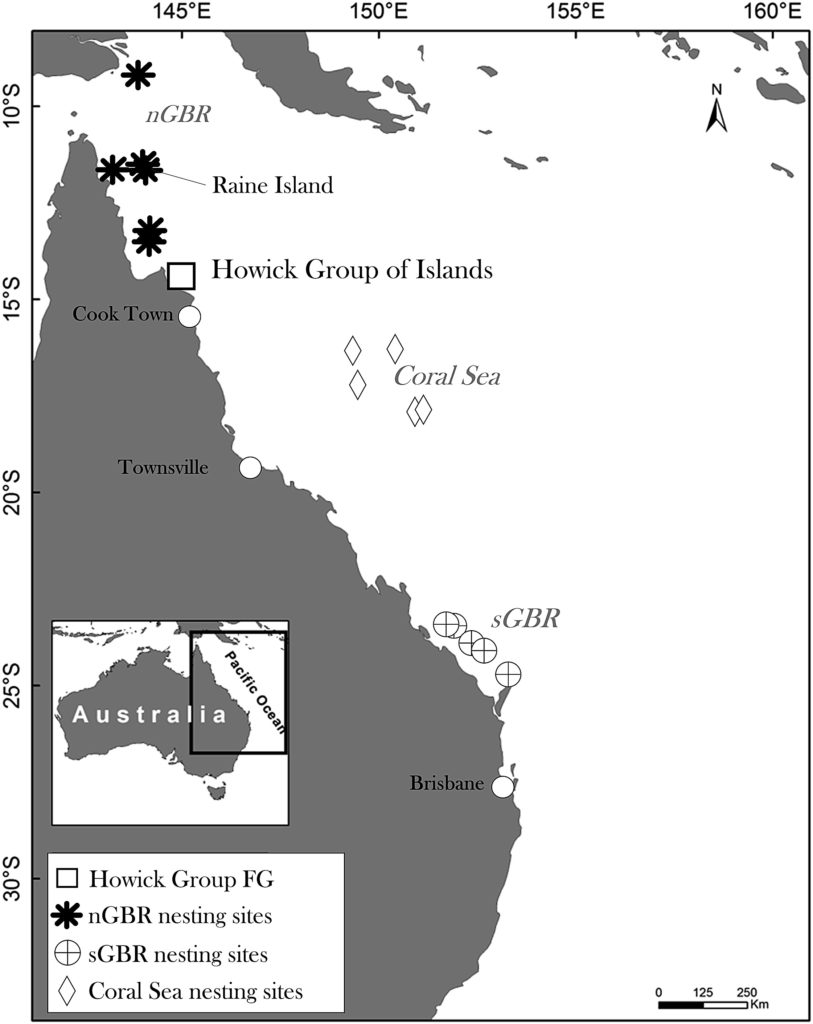 The more alarming result in the study is the fact that, because of the logistical challenges in determining sex ratios in the turtles, this problem may have begun several decades ago and could have possibly been mitigated. That may mean that the only way forward is for humans to take action.

For more information and the full study results, read Environmental Warming and Feminization of One of the Largest Sea Turtle Populations in the World.