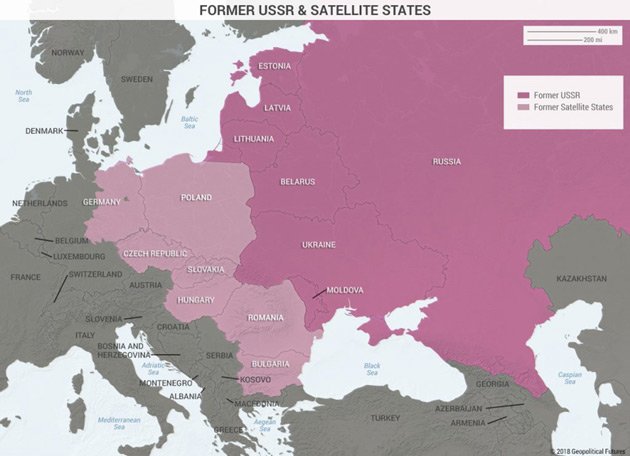 Last week, the prime ministers of Hungary and Bulgaria criticized EU policy toward Russia for being too harsh. The European Union imposed sanctions against Russia in response to Moscow’s intervention in Ukraine, but Hungary and Bulgaria are concerned that the EU’s continued anti-Russia stance could pose a security threat and does not benefit either country.

This difference of opinion on Russia is just a symptom of a broader reality: Europe itself is becoming increasingly divided. As a result, there is no longer a European approach to Russia like there was during the Cold War, when a weak Europe, dependent on the US for its security, acted as one to maintain the US-led containment line. Today, each European country has its own interests determined by its own geographical realities.

In the case of Hungary, it understands that it has to be part of the Western bloc. Hungary was under Soviet occupation and experienced the suffering that followed its short-lived revolution in 1956 against Soviet rule. Though it understands and appreciates the support that the US provided after the end of the Cold War, it knows that this support is ultimately insufficient to protect it against nearby threats. The US is too far away and, as we saw in Georgia in 2008, the US is primarily concerned with its own interests and might not come to Hungary’s defense if it were truly threatened.

To Hungary’s east lies Ukraine, a buffer state between the West and Russia. Hungary has generally opposed Ukraine’s developing closer ties with the West. Indeed, when diplomats speak of such integration with the West, Hungary is faced with a critical question: What does “integration” even mean? If it simply means having more diplomatic meetings, why risk rocking the boat with Russia when there is little benefit to Hungary? If integration means greater Western military presence in Ukraine, that would be even worse for Hungary. Russia would see it as a direct threat and would be more inclined to intervene militarily to recuperate its lost buffer space, potentially bringing a Russian military force closer to Hungary’s borders.

Bulgaria, unlike Hungary, has two countries separating it from Russia: Romania and Ukraine. But Bulgaria’s location in the Balkans places it on the historical battle ground between East and West. The country was under Ottoman rule for hundreds of years, though a war between Russia and the Ottoman Empire from 1877 to 1878 made Bulgaria—whose population, like that of Russia, is predominantly Orthodox Christian and Slavic—an autonomous principality.

Bulgaria remained under Ottoman rule but was not directly administered by the Ottomans. Alexander von Battenberg, who was also the nephew of Tsar Alexander II, became the new prince of Bulgaria. The country was subsequently involved in the Balkan Wars in 1912–13, which were fought both between Balkan states and the Ottoman Empire, and between individual Balkan states. During World War II, despite close ties to Russia, Bulgaria sided with the Nazis, not because of any particular cultural affinities but because Bulgaria was weak and unable to resist German power. After the war, Bulgaria became a Soviet satellite and only joined the European Union in 2007.

Bulgaria’s history tells of a place whose sovereignty cannot be taken for granted, and cannot be expected to remain unchanged in perpetuity. Despite its membership in the EU, therefore, it fears both a resurgent Turkey and a Russia that finds itself threatened enough to expand its buffer zone. Though strong ties with the West have their benefits, Bulgaria can’t assume that Europe would be willing or able to defend it from either Turkish or Russian expansion. Like Hungary, Bulgaria gains nothing from taking an adversarial stance toward Russia.

Lying farther west, Germany has fewer security concerns when it comes to Russia than Bulgaria and Hungary have. It does, however, have critical economic concerns. Germany receives a significant amount of oil and natural gas from Russia. In addition, German, Austrian, and French energy companies are engaged in a number of joint venture projects with Russian energy companies. At this point, Russia is too dependent on energy export revenue to be able to pull that lever too hard, but links between German and Russian energy companies mean that sanctions imposed at the United States’ insistence have financial consequences not just for Russia but for Germany as well. This was the reason for the EU's reticence regarding the most recent round of US sanctions on Moscow, which penalized not only Russian energy companies but energy companies of any nationality doing business with Russian companies.

On the other side of the debate, another group of countries, namely Poland and the Baltic states (Estonia, Latvia, and Lithuania), stands firmly in favor of extending sanctions against Russia. Unlike Hungary and Bulgaria, Poland and the Baltic countries all share borders with Russia. (Lithuania and Poland both border Russia’s Kaliningrad outpost, which is separated from the Russian mainland but contains a significant military presence.) During World War II, Poland suffered at the hands of both the Germans and the Russians. In protecting themselves from the Germans, the Russians devastated Poland. After the war, the Soviet Union created the strategic depth it needed to guard against a western invasion by occupying Poland and the Baltic states. For Poland, Estonia, Latvia, and Lithuania, the risk of a Russian invasion is not theoretical—it is living memory.

Fundamental to the Baltics’ fear is the doubt that the rest of Europe and NATO would step in if Russia threatened them. Poland’s fear stems from its location, situated as it is between Germany and Russia, a geography that has had dire consequences for the country in the past. Poland knows that for now, at least, Germany is not capable of military action. Germany is constrained by the institutions of the EU and is better served by not having a substantial military force. But Poland must consider the possibility, however unlikely, that Germany could turn on its EU partners at some point. As we’ve seen in the past, the world can change drastically in 20 years.

The idea of Europe as a single entity is imaginary. The distinct geographies of all these countries and their various business ties guarantee that their own interests will govern their relations with Russia. This will continue to challenge whatever unity remains within the EU, and Russia will take advantage of these divisions at every opportunity it gets.