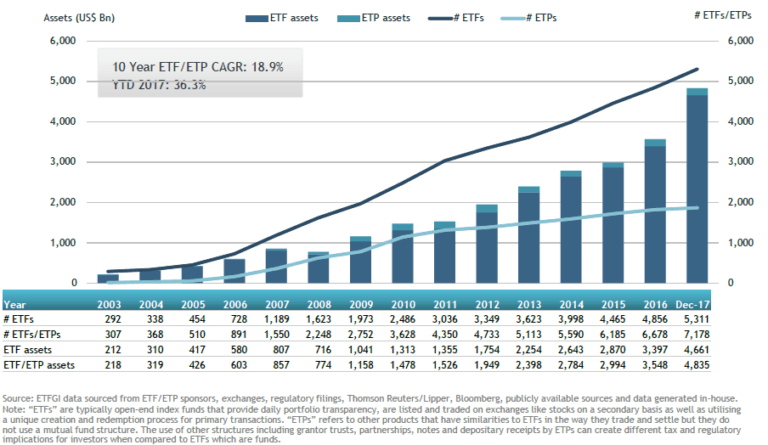 ETFGI, a leading independent research and consultancy firm on trends in the global ETF/ETP ecosystem, reported today that assets invested in ETFs and ETPs listed globally increased by 36.3% during 2017 to reach a new high of US$4.835 Trillion at the end of December. (All dollar values in USD unless otherwise noted.)

According to ETFGI’s December 2017 Global ETF and ETP industry insights report, an annual paid-for research subscription service, assets invested in globally-listed ETFs/ETPs grew by a record US$1.287 Trillion during 2017, over double the previous record of US$554.00 Bn set in 2016. The increase of 36.3%, from US$3.548 Trillion at the end of 2016, also represents the greatest growth in assets since 2009 when markets recovered following the 2008 financial crisis. 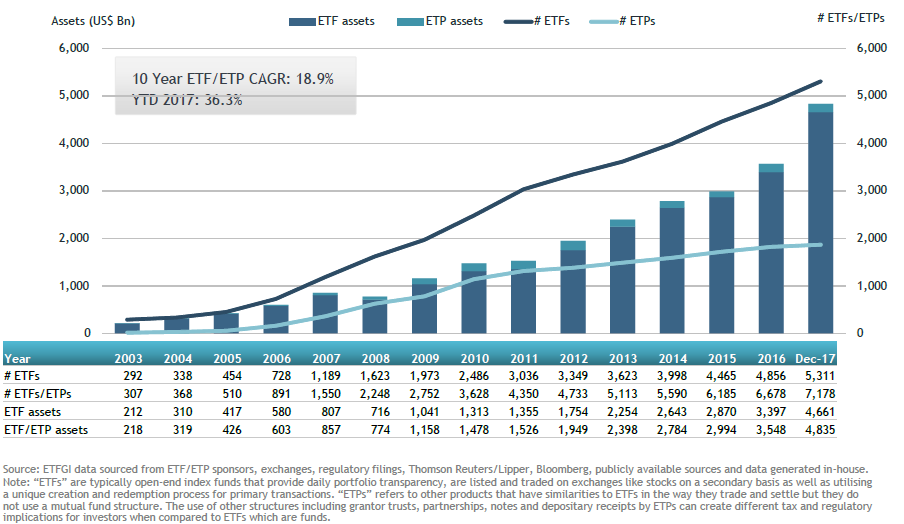 During 2017 ETFs/ETPs listed globally saw record net inflows of US$653.97 Bn; 67.4% more than net inflows for 2016, and over double the average for net inflows over the previous 5 years. December 2017 also marked the 47th consecutive month of net inflows into globally-listed ETFs/ETPs, with US$53.81 Bn gathered during the month.
The majority of these flows can be attributed to the top 20 ETFs by net new assets, which collectively gathered US$228.52 Bn during 2017. The iShares Core S&P 500 ETF (IVV US) on its own accounted for net inflows of US$30.20 Bn. 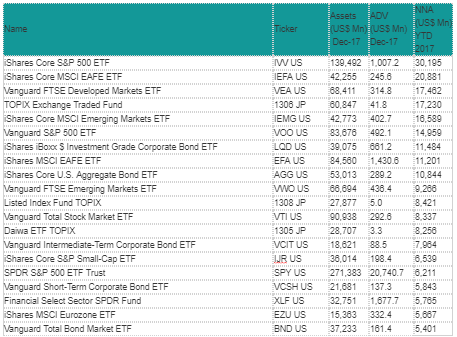 To conclude, investors have tended to invest in lower cost and core ETFs in 2017 with the iShares Core S&P 500 ETF (IVV US) accumulating net inflows of US$30.20 Bn and a TER of 4bp.