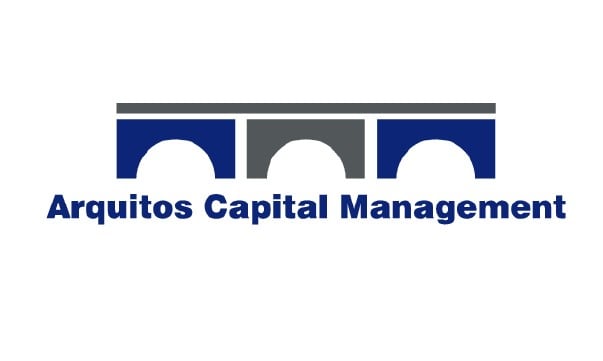 Most of the mistakes in thinking are inadequacies of perception rather than mistakes of logic. Edward de Bono

2017 was a great year. Nearly every position provided a positive contribution. The results were even more remarkable because we take a highly conservative approach to debt, both in the portfolio—we don’t employ margin leverage—and in the companies in which we invest.
The overall markets had a great year as well, though our returns were not directly linked to the indices. We only have one significant holding that would be considered a household name, Bank of America (BAC), and we don’t actually own the stock. Instead, we own the warrants that were issued as part of the TARP program. These warrants come due later this year and early in 2019. They were one of my first purchases when I started the fund and contributed 5% to the portfolio gains during 2017.

The other holdings are relatively unknown outside of niche investing circles. They aren’t directly affected by inflows into index funds. Their results come from company-specific circumstances.

We bought Boston Omaha (BOMN) shares at $13.00 on June 16, 2017, as part of a follow-on offering and uplisting to the NASDAQ. Shares rose 150% in six months. Co-CEOs Alex Rozek and Adam Peterson are talented capital allocators and it is fun watching them build a sustainable platform.

We acquired additional shares of ALJ Regional Holdings (ALJJ) in a private transaction in September. Shares rose 23% in three and a half months. I have increased and decreased our allocation to ALJJ over the course of five years. It has been the gift that keeps on giving and, today, trades at a price significantly lower than its fair value.

Intrawest Resorts (SNOW) was bought out in July for $23.75/share, rising 33% since the start of the year. I had sold our entire position at a price close to the buyout price a few months prior to the close and was able to redeploy those proceeds into other opportunities.

Of course, Sitestar (SYTE) was our biggest contributor. Shares rose 38% in 2017, but our returns were greater because of our participation in a private placement in February. We are holding Sitestar’s annual shareholder meeting on May 19 in Phoenix, Arizona. If you would like to learn more about the company, I encourage you to attend. I am more optimistic than ever about the company’s long-term prospects.

MMA Capital (MMAC) also did well in 2017, rising from $19.00 to $24.30. It goes to show how great the year was when a 28% gain in one of our largest positions was a footnote. MMAC shares actually dragged down our overall performance!

It is unlikely that we will ever be able to replicate our 2017 results. The chances of us having another 80% gross/64% net year are remote. Please don’t invest with that expectation. I don’t provide return targets, but I do promise you that I will continue to look for, and create, interesting opportunities. When you look back five or ten years from now, I am confident that you will be happy with the results.

Our biggest near-term opportunity is MMAC itself. On January 9, the company entered into a transformational agreement that involves an outside entity buying certain MMAC assets, taking over management responsibilities, and acquiring $8.375 million worth of shares at an average price of $33.50. That price is 38% higher than the trading price before the announcement. The current trading price has not completely caught up yet, but it will. There is no reason why shares would not trade at book value, especially considering that the company plans to continue to aggressively repurchase shares. Book value is 20% higher than today’s price.

From a more general perspective, it is interesting to see who benefits at different companies and in different industries. Investors? Customers? Suppliers? Management?

Our best opportunities are when the investors benefit, of course. Determining that is not always easy, though; and the increased pace of change creates a risk that our perception does not match the current reality. The ability to define competitive advantages is as difficult as ever.

Certain characteristics at least help to ensure that a company’s capital allocation approach is aligned with outside investors. I like large insider ownership, large share repurchases, and strong incentives for cash generation. A strong balance sheet gives a good capital allocator low-risk opportunity. You then want to buy this type of company at a reasonable valuation. What is reasonable? That’s not an easy question to answer. It is not easy to find an obviously great company that is shareholder friendly at a reasonable valuation.

Customers can also be the beneficiary. There are a lot of tech companies whose investors have subsidized below-cost services to customers. Their goal, presumably, is that once they achieve enough scale, they’ll either be able to charge higher prices, or they’ll be able to reduce their costs, or both. It happens… occasionally.

The fascinating thing about a lot of tech companies is that the customer can also be the product. Tech investors knew that long ago, but it took awhile for value investors, myself included, to catch on. The obvious example is Facebook (FB), which has found a way to leverage that relationship for tremendous profits. Twitter (TWTR), on the other hand, has not been able to profitably capitalize on its scale.

Suppliers can occasionally be the beneficiary, especially in a fragmented market made up of poor capital allocators. Better and less risky to be the company that sells pickaxes to the euphoric gold miners.

Finally, management can be the beneficiaries if they are entrenched, or if shareholders are especially passive. There is an element of this in a lot of large, bureaucratic corporations. For example, a report came out a few months ago that GE’s former CEO, Jeff Immelt, had an empty private jet fly behind the private jet he used for travel. While the story may have been somewhat exaggerated (GE’s response was that they ended the practice in 2014 and that it wasn’t all the time!), clearly management was a large beneficiary.

There is typically a lot of gray area in these categories, though. Judging these things is tough. The results don’t always flow through to a company’s financials. Industries are being disrupted at an unprecedented pace. Fortunately for us, this change creates misperceptions. Our opportunity is identifying and profitably arbitraging away those misperceptions.

I am excited to announce that we are launching an offshore fund on March 1. The fund will be domiciled in the British Virgin Islands. We have had quite a bit of demand from certain foreign investors who are not able to invest in our onshore fund. We look forward to accommodating these investors with this new entity. Investors in the offshore fund will participate in the portfolio in exactly the same way as the current fund. Please let us know if you would like more information on the offshore fund.

Nothing will change for current investors.

Thank you for your investment in Arquitos Capital and for your commitment to long-term investing. We look forward to continuing to compound funds on your behalf.