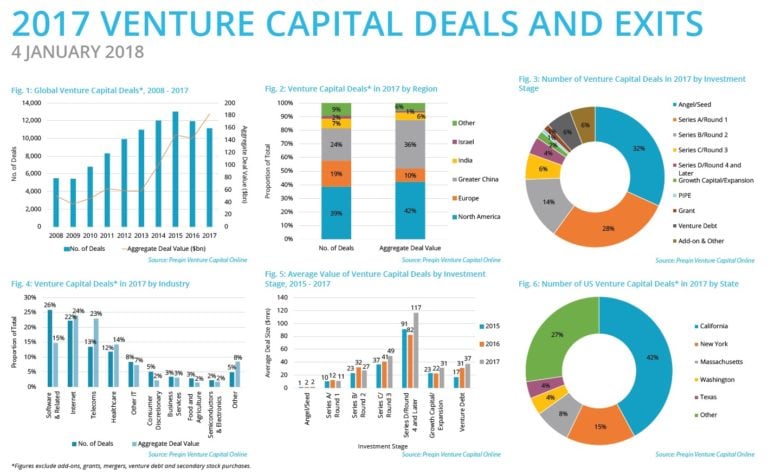 2017 was a record year for venture capital-backed deals, with 11,144 deals announced for an aggregate deal value of $182bn. Preqin expects these figures to rise by up to 5% as more information becomes available. This marks a 28% increase in deal value compared to 2016, and surpasses the previous record of $148bn set in 2015. However, 2017 also marks the second consecutive annual decline in the number of venture capital-backed deals, down from 11,699 financings seen in 2016. The largest deal of the year was the $5.5bn funding of China-based Didi Chuxing by investors including Bank of Communications and China Merchants Bank. This deal is the second largest venture capital deal in the past decade, as well as the largest Asia-based venture capital deal ever. Venture capital-backed exit value in 2017 also rose from 2016 levels, with 1,151 exits worth $71bn. 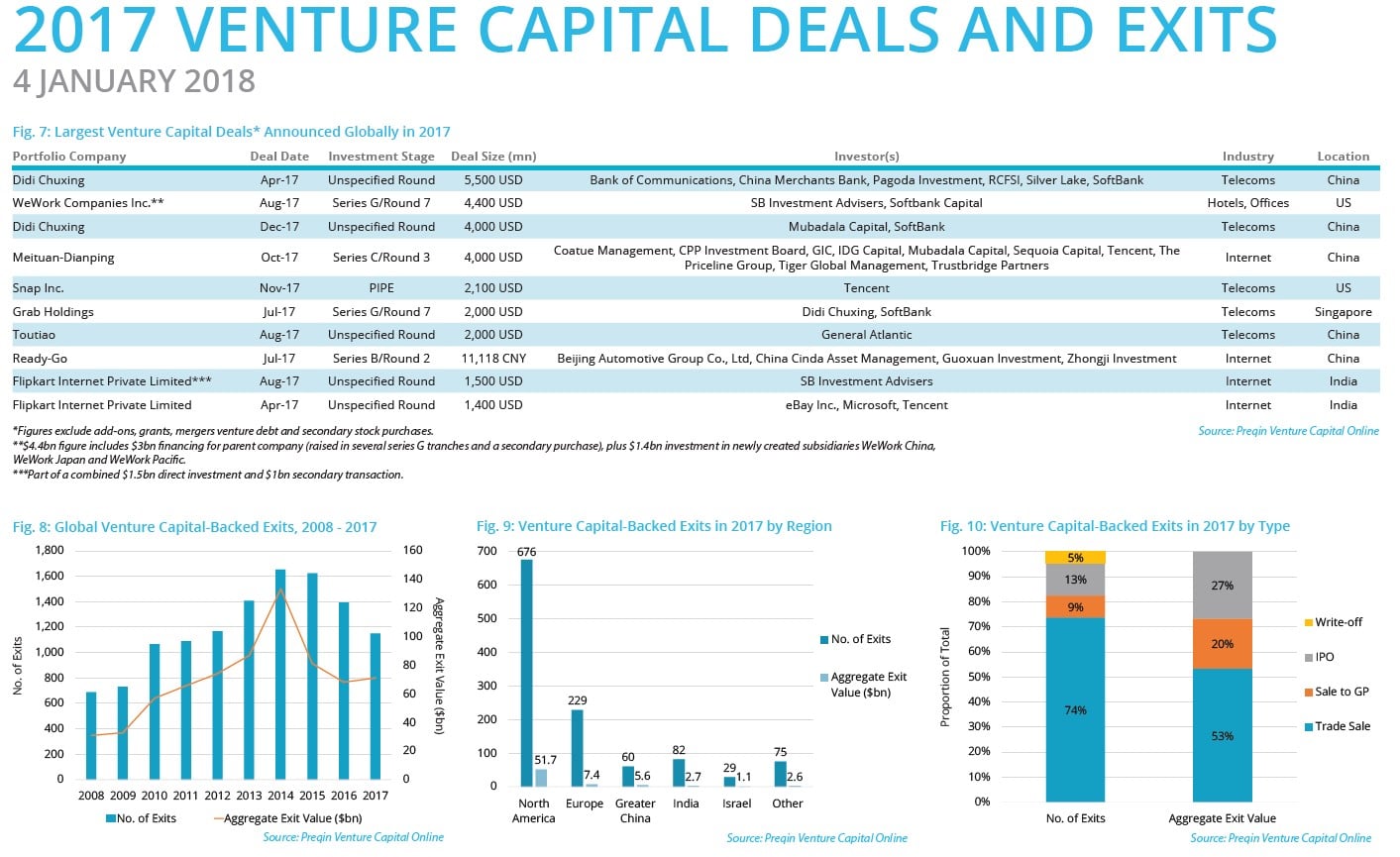 “2017 has marked another record year for venture capital-backed deals, maintaining the period of strong activity we have seen in recent years. Total deal value has surpassed the previous record set in 2015 by a margin of over $30bn, a sign of the rate of expansion. However, it should be noted that while the total value of venture capital-backed deals has risen, the number of financings has fallen by 14% compared to that year, and the average size of most funding rounds has increased. 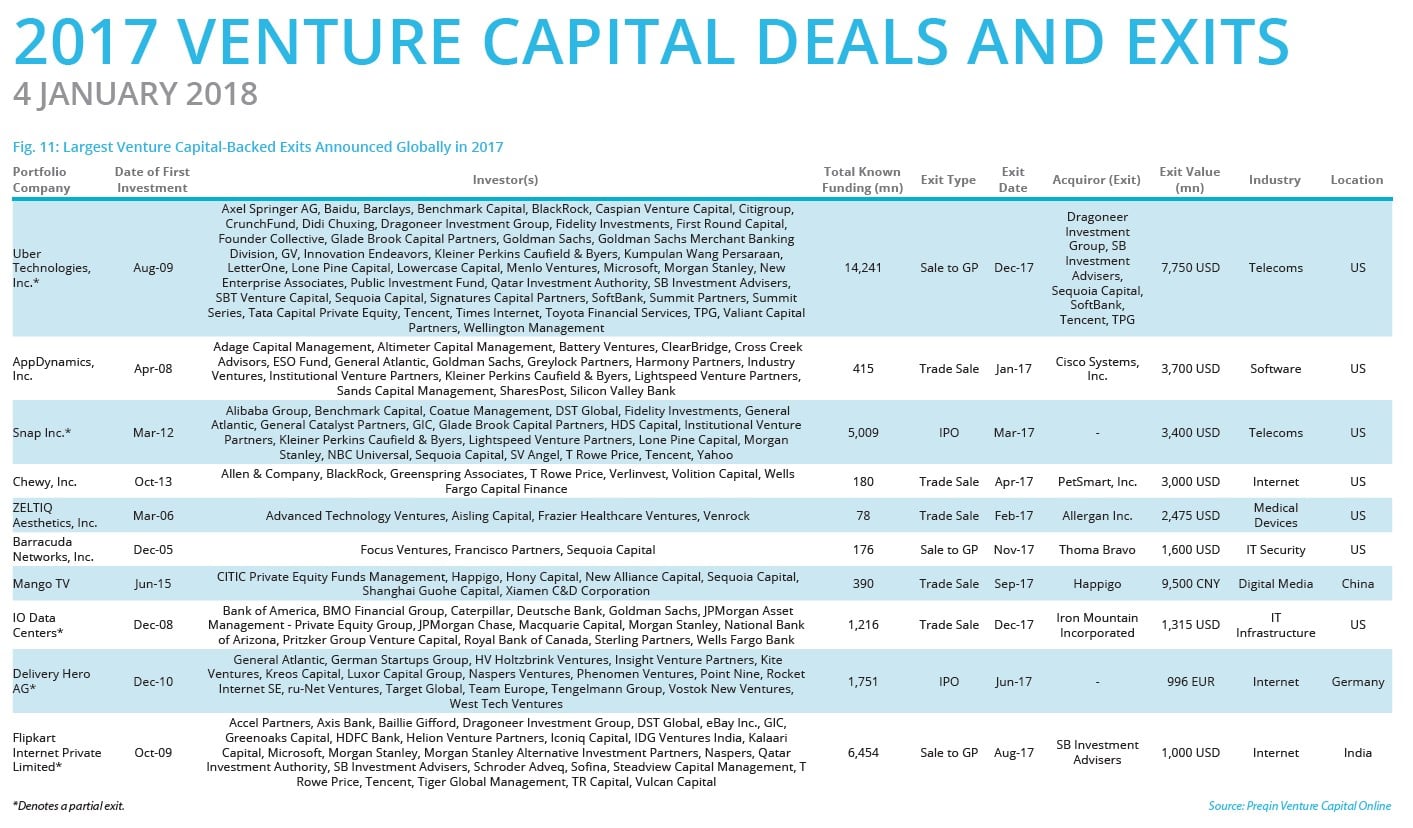 This may in part be a result of increasing competition for attractive opportunities, as well as the burgeoning number of companies seeking to raise multi-billion dollar late-stage funding rounds as an alternative to holding an IPO or sale. The number of venture capital-backed exits has declined in recent years, and in particular fewer venture capitalbacked companies are seeking to make an exit by going public. Recent examples of venture capital-backed companies seeing lacklustre performance after holding an IPO may have deterred others from following suit. However, this trend may see some reverse in 2018: investors may be increasingly applying pressure on founders to organize an exit strategy and liquidate their holdings.”