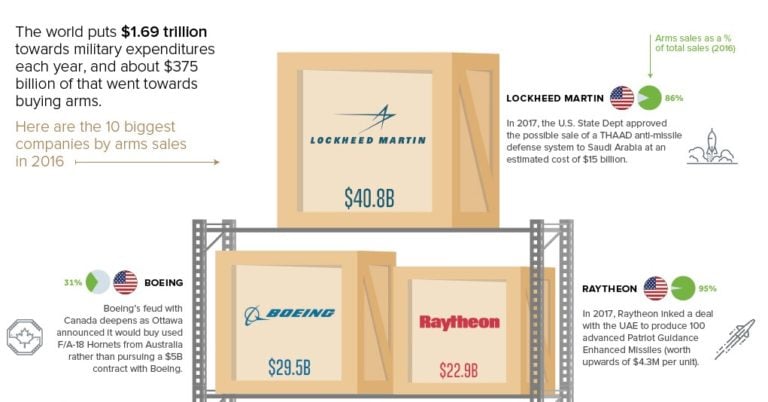 The world puts $1.69 trillion towards military expenditures per year, and about $375 billion of that goes towards buying arms specifically.

Whether it is guns, tanks, jets, missiles, or ships that are on your shopping list, in the international arms community, there is a supplier for any weapon your country desires. 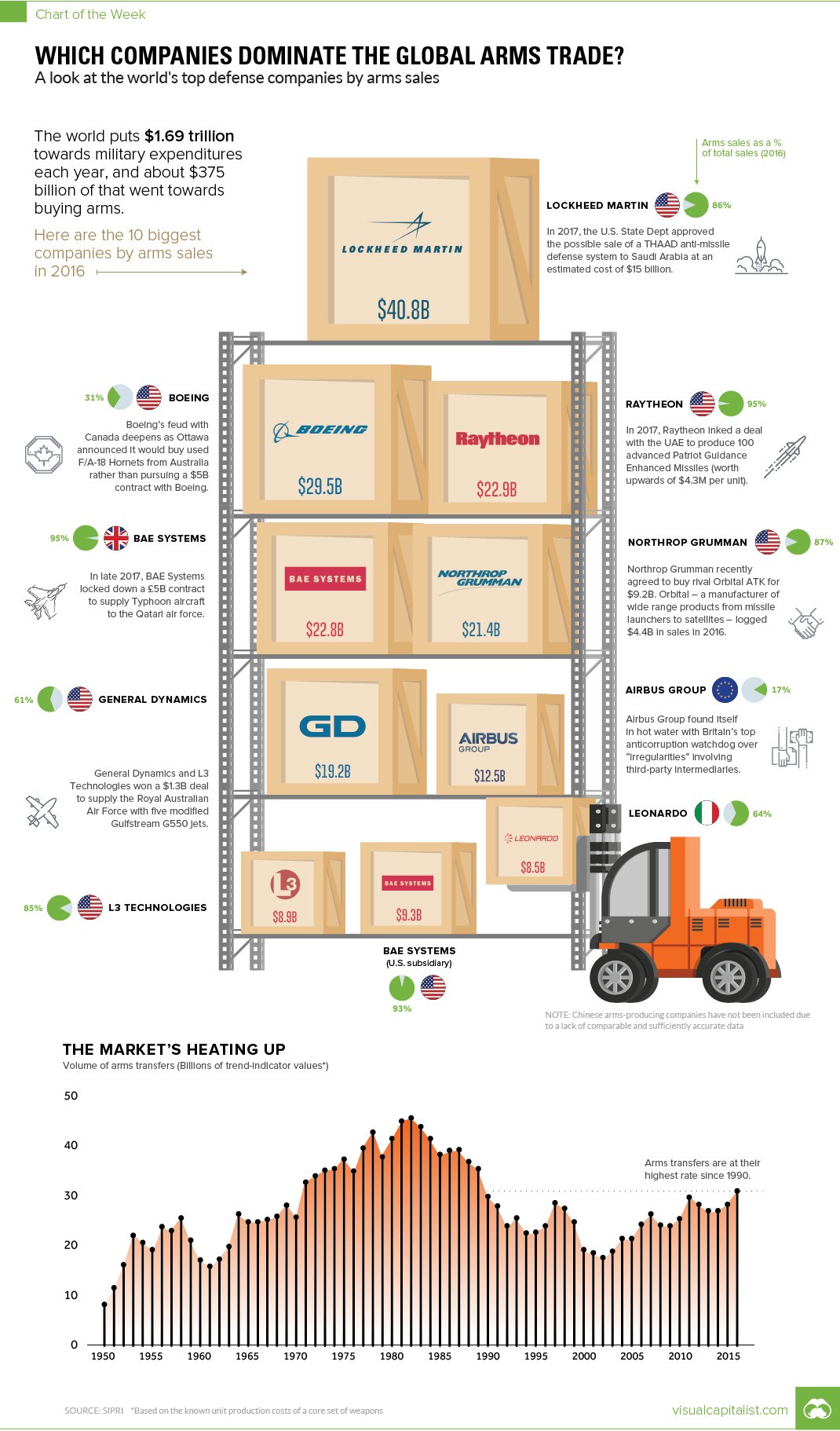 Today’s chart organizes the world’s top arms companies by sales, location, and arms as a percentage of sales:

Note: Airbus considers itself a European company. It’s registered in the Netherlands, and its main HQ is in France.

The above data comes courtesy of the Stockholm International Peace Research Institute (SIPRI), which tracks arms deals and companies extensively.

While it is common knowledge that the United States plays a big role in the global arms trade, the numbers are still quite astounding.

Of the top ten companies by sales, firms based in the U.S. make up seven of them. That includes the clear #1, Lockheed Martin, which had $40.8 billion in arms-related sales in 2016, as well as the remaining constituents of the top three: Boeing and Raytheon.

Further, on SIPRI’s wider top 100 list, a good proxy for total arms sales globally, U.S. defense companies accounted for a whopping 58% of total global arms sales. That adds up to $217.2 billion in 2016, a 4.0% rise over the previous year.

Rounding Out the Top 10

Only three companies make the top 10 leaderboard from outside of the United States.

That group includes Airbus, the massive European commercial airline manufacturer that gets 17% of its sales from arms-related deals, as well as BAE Systems (U.K.) and Leonardo (Italy).

As a final caveat, it’s worth mentioning that SIPRI notes that some Chinese companies would likely make its Top 100 list as well – but for now, the list excludes Chinese companies as the available data is not comparable or accurate.