Such displays are used commonly in notebooks, smartphones, TV screens and many other consumer devices.

AUO is one of the leading panel producers of LTPS technology enabling high resolution, narrow border, high screen-to-body ratio and lower power consumption. The technology is adopted in smartphones and notebooks. 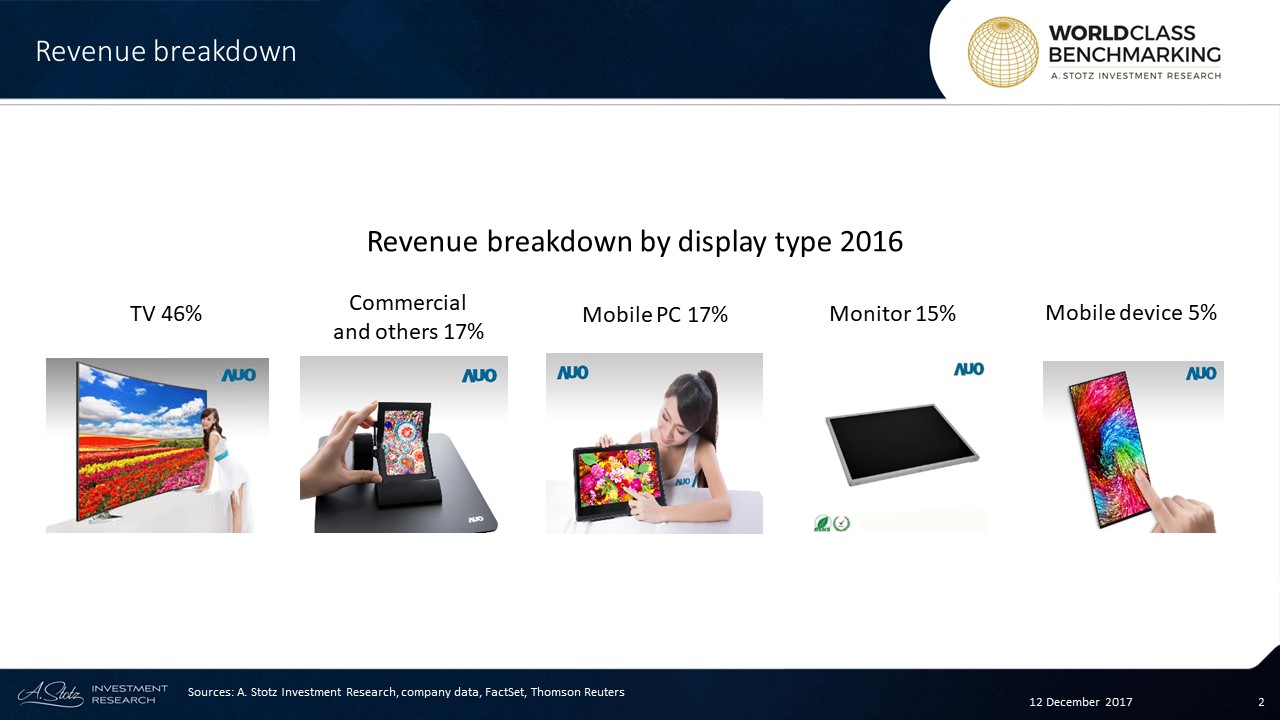 The company is also engaged in the production and sale of solar modules and systems through AUO Crystal Corporation, its 96%-owned subsidiary. It also has 50% share in AUO SunPower Sdn Bhd, a JV in Malaysia. However, this segment contributed only around 7% of revenue in 2016 and noted a small loss.

Around one-third of the total revenue is sourced from the PRC including Hong Kong and a little less than one-third comes from Taiwan.

Lee Kun-Yao, founder and chairman of AU Optronics, stepped down from this position in 2015.  He entrusts the Chairmanship to “Paul” Peng Shuang-lang who was the president at the time.

Paul now serves as both the Chairman & CEO of AU Optronics. He has long experience in this industry and joined the company back in 1998. He holds an MBA from Heriot-Watt University, UK. 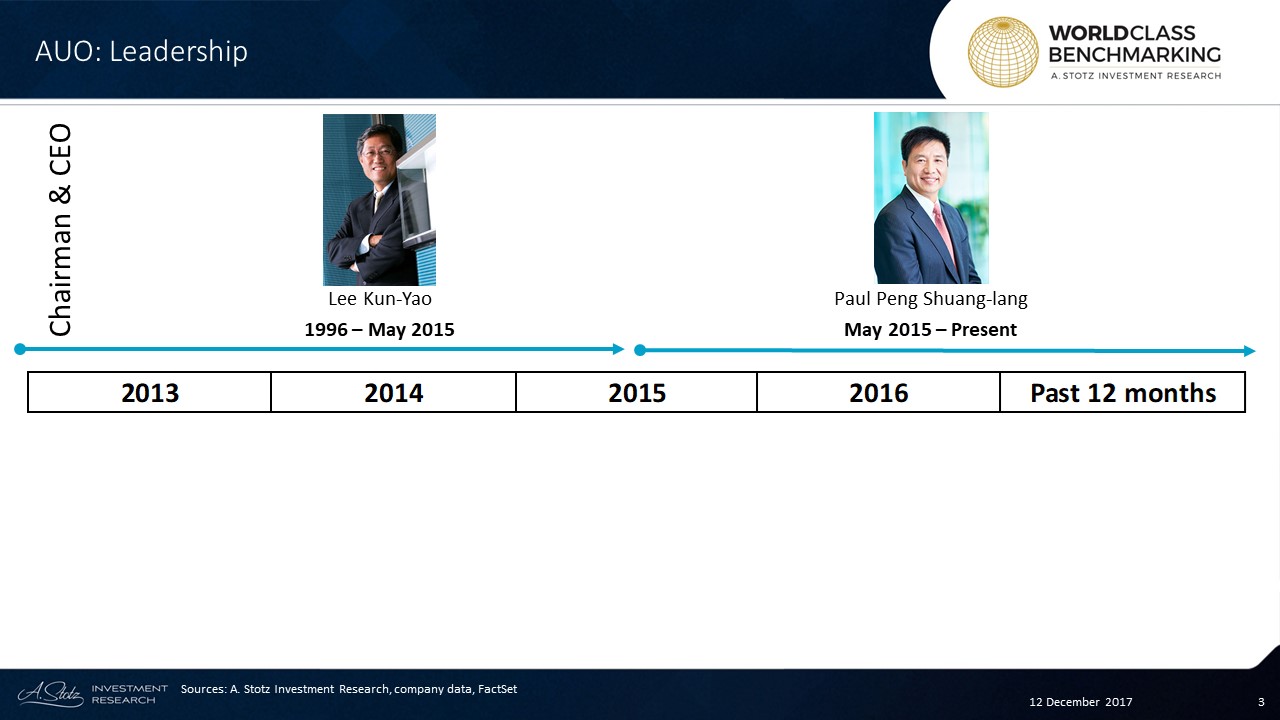 Profitable Growth has improved drastically in the past 12 months. AU Optronics ranked among the top 68 of 680 large Information Technology companies globally from being ranked among the worst by the end of 2016.

Profitability and Growth have recently risen significantly to #3 and #1 respectively. 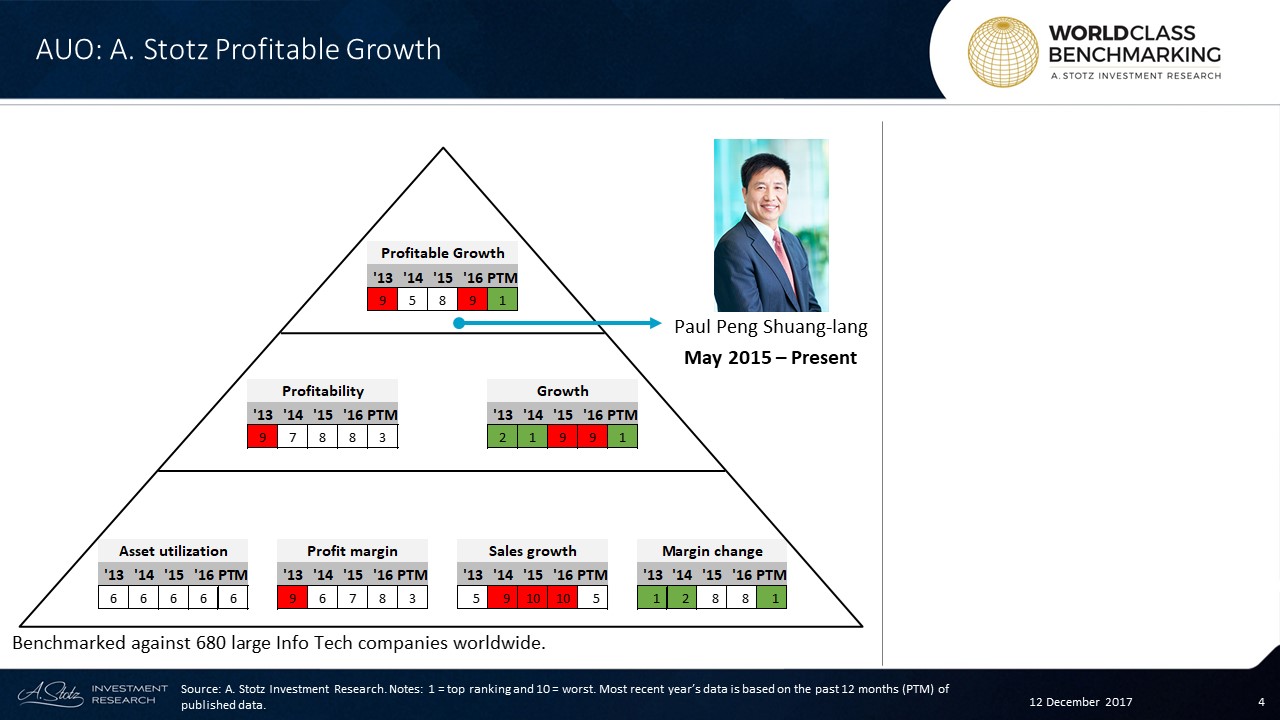 Asset utilization has been consistently below average at #6. Profit margin improved to #3 from #8 in the past 12 months.