Randolph Bourne famously wrote, “War is the health of the State.” This has long been the byword for anti-war, anti-state libertarians, and rightly so. But Bourne did not mean exactly what most libertarians take this phrase to mean. To understand the maxim’s original meaning, as Bourne used it in his great unfinished essay “The State,” one must understand his distinctions among three concepts that are often conflated: Country, State, and Government.

For Bourne, a Country (or Nation) is a group of individuals bound together by cultural affinity. A State is a Country/Nation collectively mobilized for attack or protection. As he distinguished between the two:

“Country is a concept of peace, of tolerance, of living and letting live. But State is essentially a concept of power, of competition: it signifies a group in its aggressive aspects.”

The State and the Government

And Government, according to Bourne, “is the machinery by which the Nation, organized as a State, carries out its State functions” and “a framework of the administration of laws, and the carrying out of the public force.”

The varied dance of individuals gives way to the uniform huddle and stampede of the unitary drove, with the Government as drover.

What libertarians commonly refer to as “the State,” Bourne termed “the Government” instead. So, the way libertarians often interpret his famous aphorism is what Bourne would have expressed if he had written, “War is the health of the Government.” This also happens to be true, but it is not what he meant.

For Bourne, the State is not a distinct ruling body subsisting extractively on the ruled, i.e., a “gang of thieves writ large,” as the great Murray Rothbard incisively conceived it. Rather, he saw it as a certain orientation of a whole people: a spiritual phenomenon pervading an entire populace that animates and empowers such a ruling body. As Bourne expressed it:

“Government is the idea of the State put into practical operation in the hands of definite, con­crete, fallible men. It is the visible sign of the invisible grace. It is the word made flesh. And it has necessarily the limitations inherent in all practicality. Government is the only form in which we can en­vis­age the State, but it is by no means identical with it. That the State is a mystical conception is some­thing that must never be for­got­ten. Its glam­or and its significance linger be­hind the frame­work of Government and direct its activities.”

In peacetime, Bourne explained, the State is largely relegated to the background; individuals are then more concerned with their own affairs and purposes. But during the build-up to war, and especially following its breakout, the foreign enemy looms large in the public imagination. Hence, the Country is overtaken by war fever and develops what Garet Garett called a “complex of vaunting and fear.” This hybrid mania of boastful belligerence and timorous terror (“fight-or-flight”) causes the populace to regress from a civilization to a herd. The people seek safety in numbers: in a multitude unified for a single purpose (a “great end”) and directed by a single agency. The varied dance of individuals gives way to the uniform huddle and stampede of the unitary drove, with the Government as drover.

“The State is the organization of the herd to act offensively or defensively against another herd similarly organized.”

And in wartime, the “mystical conception” of the State “comes into its own” as the “herd-sense” becomes dominant in the Country and the “aggressive aspects” of the group come to the fore. This is what Bourne meant by, “War is the health of the State.” The dictum speaks to the flourishing of an ideal and the resulting transformation of a whole society, not merely the aggrandizement of a Government.

Yet, war is also the health of the Government, which is the single directing agency to whose banner the State-minded masses flock. Under the perceived exigencies of war, the people:

“…proceed to allow them­selves to be regimented, coerced, de­ranged in all the environments of their lives, and turned into a solid manufactory of destruction to­ward whatever other people may have, in the appointed scheme of things, come with­in the range of the Government’s disapprobation. The cit­i­zen throws off his con­tempt and indifference to Government, identifies him­self with its purposes, revives all his military memories and symbols, and the State once more walks, an au­gust presence, through the imaginations of men.”

In the fever of war, the individual will is sacrificed for the “General Will."

Economically, this means that the manpower and resources of the Country undergo “mobilization”: a vast redirection away from the provision of individual consumer wants and toward the all-important war effort. In this way too, the Government swells in power and grandeur, as the consumer-directed market economy is supplanted by the Government-directed “War Economy,” or even “War Socialism” (Kriegssozialismus, as the Germans called it in World War I).

In the fever of war, the individual will is sacrificed for the “General Will,” which ostensibly expresses itself through the Government. Individuals renounce their identities for the sake of uniting Voltron-like into a State, like the gestalt “Leviathan” pictured on the cover of Thomas Hobbes’s book by that name. 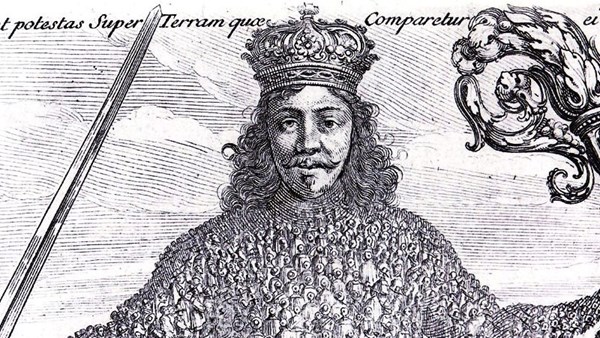 As Bourne put it:

“War sends the cur­rent of purpose and activity flow­ing down to the lowest lev­els of the herd, and to its re­mote branches. All the activities of society are linked together as fast as possible to this central purpose of making a military offensive or military defense, and the State be­comes what in peace­times it has vainly struggled to be­come—the inexorable arbiter and determinant of men’s businesses and attitudes and opinions.”

The herd is mobilized, not only against the foreign foe, but against any dissidents within the group who resist assimilation into the Borg-like hive- or herd-mind and who refuse to join the swarm or stampede into war: in other words, against “enemies foreign and domestic.” 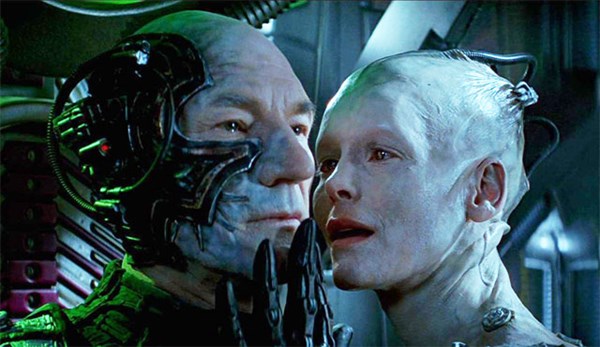 “The State is a jealous God and will brook no rivals. Its sovereignty must pervade every­one and all feel­ing must be run into the stereo­typed forms of romantic patriotic militarism which is the traditional expression of the State herd-feeling. (…) In this great herd-machinery, dis­sent is like sand in the bearings. The State ideal is primarily a sort of blind animal push to­wards military unity. Any interference with that unity turns the whole vast impulse to­wards crush­ing it.”

The State crushes dissent through Government policies restricting civil liberties, but also through private citizens acting as “amateur agents” of the Government: who berate skeptics into silence, report critics to the authorities for “disloyalty,” or even take the security of Herd and Homeland into their own violent hands. Remember that in Bourne’s framework, the Government is by no means identical with the State. As such, the State can animate a private citizen even more than it does an officeholder. As Bourne remarked:

“In every country we have seen groups that were more loyal than the King—more patriotic than the Government—the Ulsterites in Great Britain, the Junkers in Prussia, l’Action Francaise in France, our patrioteers in America. These groups exist to keep the steer­ing wheel of the State straight, and they pre­vent the nation from ever veer­ing very far from the State ideal.”

Bourne’s terminology and analysis also shed light on the all-important question of how to achieve liberation.

This an extremely apt description of the Fox News types who castigate Barack Obama for his lack of “patriotism” and the insufficiency of his war-making. The spirit of the State dwells within Sean Hannity even more so than it dwells within the President of the United States. What is ironic is that a war-drumming jingo like Hannity usually imagines himself a paragon of manhood; yet his dull, stampeding herd mindset marks him out as less of a man, and more of a beast.

Randolph Bourne was not a libertarian, but a dissident progressive. Still, we libertarians can learn a great deal from him. For instance, perhaps our terminology, as penetrating and illuminating as it is, has led us to focus too much on the herdsmen in office who drive, shear, milk, and butcher us, and not enough on the more fundamental problem: our society’s bovine propensity to become a manipulable herd in the first place, especially when spooked. Occasionally thinking in terms of Bourne’s typology can be a useful corrective in this regard.

Bourne’s terminology and analysis also shed light on the all-important question of how to achieve liberation. The State lives in the minds of the Government’s victims. Simply overthrowing a Government will only spook the herd even worse. The State will not only survive such an overthrow, but it will likely even feed off of it, as the panicked herd acts even more herd-like in the crisis, granting new herdsmen even more tyrannical power than the old ones had.

The State is a state of mind; it is the herd mindset itself. As such, it can only be overthrown in the battleground of the mind. Once the State is spiritually dethroned and the populace fully transfigures from herd to civilization, the “Government,” like a shepherd without a flock, will no longer even merit its designation. It will then merely be a heavily armed, but even more heavily outnumbered, gang of rustlers writ small.

Accomplishing this becomes ever more urgent as Americans are driven into ever more calamitous wars. It is increasingly apparent that breaking the spell of the State that turns men into beasts may be the only way we can avoid being driven to self-destruction by alarmist warmongers and their terrorist symbionts, like buffalo being stampeded off a cliff by herd-spooking hunters.

Dan Sanchez is the editor of FEE.org. His writings are collected at DanSanchez.me.