The winter months are often referred to as the giving season. The government, however, has a different idea of what that means.

During the holiday season, people often shower one another in gifts. Your partner gets you a nice pair of snazzy shoes. Your coworker gives you a beloved coffee blend. And despite your age, your mother still hands over a pack of fresh underwear. What’s worse than that underwear, however, is the gift from government that keeps on giving: regulations.

As you enjoy the magic of the holiday season, the government Grinch stands by.

As you enjoy the magic of the holiday season – endless home cooked meals, seasonal libations, and jovial reunions – the government Grinch stands by. Their target? Christmas trees, lights, and toys.

Christmas trees are one of the most distinguishable and beloved part of the holidays. In fact, the Obama Administration loved Christmas trees so much that they set up a Christmas tree tax of 15 cents per freshly cut tree. The tax money went to a promotional campaign that was intended to boost the Christmas tree industry.

You’re a Mean One, Mr. Grinch

Although a 15 cent tax may not seem like much, taxes are a slow death – like a thousand little cuts to the gingerbread man or a melting snow-heap. The Christmas tree shouldn’t be associated with such unpleasantry. Although the government delayed implementation of the tax – probably after too much eggnog – they quickly sobered up to their regulatory selves and fully implemented the tax in 2014.

Are the extra regulations really necessary or is this simply a case of the government Scrooge?

These regulations are meant to reduce the number of injuries and deaths caused by malfunctioning Christmas lights – a noble cause. The CPSC reported that more than 250 people have died from decorative light malfunctions since 1980. However, the agency also noted that the number of deaths caused by Christmas lights has been on a steady decline and is at an all-time low. Less people were dying from such causes even before these excessive government regulations.

So it begs the question: are the extra regulations really necessary or is this simply a case of the government Scrooge? Seeing as that government holiday regulations target children as well, one is inclined to think the latter.

At the Kids Table for Life

As an equal-opportunity offender, government regulators have found a way to make sure the children aren’t left out of their nanny state initiatives. Similar to the Aunt who still makes your teenage cousin sit at the kids table, the government makes toy producers especially prove themselves before they reach the market. Through a superfluous and costly examination of their products, toy producers can eventually graduate to the adult table that is the marketplace.

The testing and certification process costs upwards of $4,000 per toy, putting a strain on small independent toy companies.

As mandated by the Consumer Product Safety Improvement Act, toy makers are required to have their products pass third party testing and certification before they can be sold in the U.S. It’s hard to disagree with initiatives for the kids. However, the testing and certification process costs upwards of $4,000 per toy, putting a significant financial strain on small independent toy companies. This regulation created a monetary barrier that suppresses innovation, preventing the best gifts and toys from making it under your taxed Christmas tree.
If there’s a time to say “bah humbug,” it would be now.

At the end of the day, the aforementioned government regulations stifle creativity, suppress the holiday spirit. They don’t have a clear purpose nor are they necessary. Like the Grinch, the government is a Scrooge – undermining the holiday spirit by taking away entrepreneurs’ earnings and stifling innovation.

If there’s one thing I want for Christmas, it’s to put an end to this excessive holiday regulation. Santa is surely giving the government a big fat lump of coal. 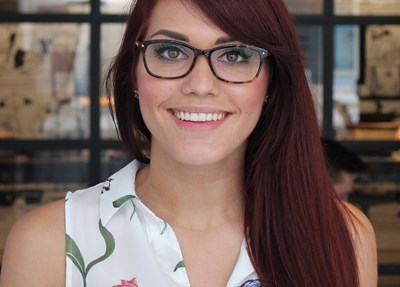 Elizabeth Hayes is the North American Leadership Manager with Students For Liberty (SFL). Follow her on Twitter @liz_hayes