My political theory is rooted in a single axiom that I came to independently: governments are mafia. I actually came to this conclusion in the reverse order when I was disillusioned to find that despite a great PR campaign, the southern Italian mafia was nothing more than another government.

I remember thinking that in Sicily the competition for security services created a comfortable and entertaining environment, with private security doing most of the necessary security work. The Polizia Municipale often working for the mob, and Carabinieri following them around trying to catch a dirty cop. On another trip to Italy, I spent about a month in Tuscany and I started to toy with the idea that competition in force and hierarchy, in general, was preferable.

It is not by any accident that the renaissance began in a city governed by merchants-turned-bankers.

There is something honest and refreshing about the role that the Medici family played in Tuscany. They were merchants in the textile trade who turned a dime into a dollar and ended up establishing the largest bank in Europe. With influence from the guild of the Arte della Lana they were able to gain positions on the guild appointed Signoria(appointed by the gonfaloniere who was appointed by the guilds) that ruled the Republic of Florence, and eventually consolidate power in the city.

Despite the centralized influence of the Vatican, there was a true independence to the city-states and by that virtue true diversity. A one hour drive south through Greve in Chianti brings you to the former Republic of Siena, which never fell to the House of Medici until Spain offered the territory as payment of debts to the Medici Bank after an 18-month siege in 1555. Siena’s autonomous development is visible on every edifice and in the operations of its thousand-year-old institutions.  I think the world is better for it.

I don’t think it’s by any accident that the renaissance began in a city governed by merchants-turned-bankers, and was then exported to cities like Venice where trade was the way of life. The cacophony of the marketplace, the chaos of capitalism, and the lack of stable structures of authority allowed a family with humanistic interests, and a sophisticated taste in art and literature to reach the highest level of power.

The House of Medici remained citizens rather than monarchs, however, and competition remained constant. In a visit to Palazzo Vecchio (the palace of the Signoria) you can see the quarters reserved for Niccolo Machiavelli, who served as an architect of the republic that overthrew the Medici between 1494 and 1512.  You can then walk upstairs and see the chambers of Jupiter, Hercules, Saturn, and Ceres.  Below each room, Cosimo Medici had corresponding chambers built celebrating members of his family in what can be seen as a vaffanculo to the republic.

Common wisdom tells us that without a clear leader and monopoly on force, chaos reigns until a new order is established.

There is a common wisdom that without a clear leader and monopoly on force, civilization is put on pause while chaos reigns until a new order is established.  In this environment of constant competition between elites, plots, and backstabbing, Europe actually emerged from the dark ages. Somehow this new money merchant family despised by so many helped sneak great artists and architects into the pages of history and usher in the modern age.

This high watermark of Italian civilization was slowly eroded by foreign invasions that eventually divvied up the great city-states, highlighting one of the most obvious flaws of decentralization. Either that or power became consolidated enough to take.  My ideal is an even higher level of competition, an order where security and courts are services competing for market share by earning reputations for trustworthiness and value.

The Signoria, the revival of the Roman republican system that made possible this flourishing of liberty, was also the institution through which a new quasi-monarchy was established. This is a lesson that can be learned from the revolutionary United States as well, as the system designed to defend individual liberties with shackles on its powers grew to mirror the empire it was created in rebellion against.

The monopoly on legitimate violence, the authority to steal, kidnap, and murder absent the moral stigma associated with those acts, inevitably attracts people with nefarious aims. The most intelligent of people attracted to banditry will always gravitate to this mechanism by which they can engage in it with impunity. People who see themselves as destined to secure a legacy through empire gravitate to standing armies.

For people who share my goal of promoting and extending the next renaissance, I hope this axiom naming the nature of the state apparatus is helpful in learning as much as possible from history. 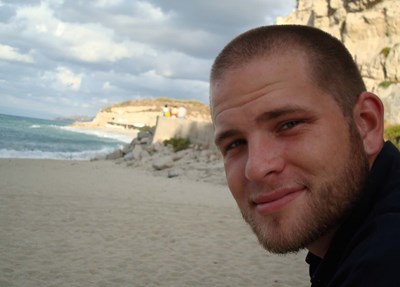 Byron is a musician and writer with a diverse work history. He approaches sales, marketing strategies and logistics from unconventional angles.