ValueWalk
Home Geopolitics How Progressives Cling To The Past

The political Left, particularly in its extreme forms, has always been skillful in the use of language to further its ends. Recognizing that perception matters more than reality, exponents of socialism and communism use words in a particularly Orwellian way, imparting meanings to words directly opposite to what their etymologies would lead us to suspect. A well-known example is the word “liberal”, which derives from Latin liber: “free”. Originally applied to thinkers who favored individual liberty and small government, the word now, thanks to the tireless efforts of the Left, connotes an advocate of high taxes and invasive regulations.

What leftists really want is a return to a culture both primitive and tribal.

A less-recognized perversion of language can be found in the term “progressive”, now preferred to liberal by many on the Left. It’s not hard to see why a movement would desire such a label. Progressive connotes progress, and progress is by definition a good thing. Nobody speaks of progress towards bankruptcy or tyranny. Progress implies movement towards a desirable goal. Who could be against that?

But here again, the word doesn’t mean what you would expect; in fact, it means quite the opposite. For all their talk of progress, what leftists really want, the foundation on which all of their ideas are based, is a return to a culture both primitive and tribal. I’ll explain.

In the early 20th century, when the term progressive began to be used, it had some merit in that it was not wholly dishonest. Progressives of the time were interested in science, technology, and the future. American eugenicists sought to apply the theories of Charles Darwin and Gregor Mendel to the human race, engineering a more perfect species through scientific design. The Italian Futurists may have been fascists, but at least they were honest about their desire to tear down traditional structures and look only forward.

All of this was built upon the writings of Marx and Hegel, who claimed that the tide of history was something more than an accumulation of chance events, but rather a force with definite direction leading us all into a predetermined future of global communism. The remnants of this movement are seen today in the cultural Marxism that attempts to destroy religion, the family, and even such well-worn institutions as gender.

The word has been attached to a wide variety of leftist policies which are, in a word, regressive.

In the century since progressivism arose as a popular movement, however, the word has lost much of its meaning and has instead been attached to a wide variety of leftist policies which are, in a word, regressive.

The most obvious example of this is the collectivist tendency towards economic egalitarianism. In the worldview of the socialist, we should all be materially equal, as it is unjust for some to have more than others. Property, we are told, is theft, and social justice demands the constant redistribution of wealth to ensure that the rich are not better off than the poor.

What lies behind this? Is it an altruistic concern for the well-being of the poor? Hardly. If you listen to the rhetoric of the egalitarians, they are less concerned with bringing the poor up as in bringing the rich down. As Margaret Thatcher put it in describing the views of a left-wing opponent, “He would rather have the poor poorer, provided that the rich were less rich.”

A Primitive View of the World

There is a word for this, although it is seldom discussed and more seldom understood. The word is “envy”, the resentment of someone else’s success. This is not to be confused with jealousy, which is to desire what someone else has. Envy merely yearns to spitefully diminish those who succeed.

Why should men envy one another? The answer lies in a mistaken worldview, one that views economic life as a zero-sum game. In short, the belief that one man’s gain must necessarily be another man’s loss.

The idea that there’s something inherently wicked about success is as old as man himself.

Nothing is more primitive than this way of looking at the world. Even the most cursory study of anthropology reveals how common it is among tribes untouched by civilization, where the success of individual members is attributed to witchcraft, the “evil eye”, or some other supernatural method of prospering at the expense of others.

In classical mythology, the gods are frequently motivated by envy to lash out at successful humans. One is reminded of Arachne, a shepherd’s daughter who was turned into a spider by Athena for the sin of being good at weaving. Even the story of the Tower of Babel in the Old Testament sees humans cooperating to build an impressive structure, only to be cast down and their languages confused by an envious god. The idea that there’s something inherently wicked about success is as old as man himself.

It is only by abandoning such magical thinking and embracing the ideas of private property and individualism has humanity managed to claw its way out of the depths of poverty and privation that characterized early man.

In his exhaustive treatment of envy as a motivator of social behavior, sociologist Helmut Schoeck comments on the irony of progressivism:

The actual point of departure for socialist – and for left-wing progressive – generally is identical with that of particularly envy-inhabited primitive peoples. What, for more than a century, has made itself out to be a ‘progressive mental attitude’ is no more than regression to a kind of childhood stage of human economic thinking.”

F.A. Hayek elaborates on this in his The Fatal Conceit, in which he argues that the socialist impulse is a natural one because it conforms to the ancient structures of tribes and families, where property is shared and the individual is less important than the group. The error comes in applying the same model to large groups of unrelated strangers, where the bonds that hold tribes together and enforce accountability are almost wholly absent.

It’s almost comical to watch so-called progressives deride conservatives for allegedly trying to cling on to the past, while at the same time condemning all that is new in favor of ancient superstition and folly.

For all its pro-science rhetoric, the progressive movement maintains a hostility to technological advances.

Economics is not the only area in which progressives betray their reverence for the past. For all its pro-science rhetoric, the progressive movement maintains a hostility to technological advances like genetically-modified crops and ride-sharing services like Uber and Lyft, usually on protectionist grounds. And, of course, little need be said about the radical environmentalists, who openly long for a time when humans barely existed in enough numbers to make an impact on the planet.

Yet in pointing out that progressivism is actually regressive, it is important not to fall into the opposite fallacy that something is bad simply because it is old or good because it is new. This is certainly not the case in many instances. There is much to be said for ancient traditions such as roaring bonfires and the nuclear family, while the fact that selfie sticks are a recent invention does not make them less of a cancer upon the planet. One must remain suspicious, however, of an ideology that disguises its true nature by claiming to be forward-looking when it is actually rooted in the distant past.

With this in mind, I suggest that those of us who value truth and integrity cease our continual retreat in the battle for words, and instead mount a rare counteroffensive. Let us call this brand of primitive collectivism what it really is. I propose the term “regressivism”, and I hope you will all join me in its adoption. 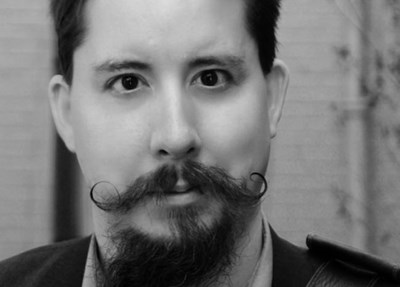