ASIAN started as a frozen seafood maker and distributor, which still accounts for almost half of its business revenue.

The group subsequently branched out into supplying fish feed to fish farmers, and making canned and pouched tuna which together account for 28% of sales. Most recently, the firm has made a big move into the area of premium pet food, which was 28% of total sales in 9M17. 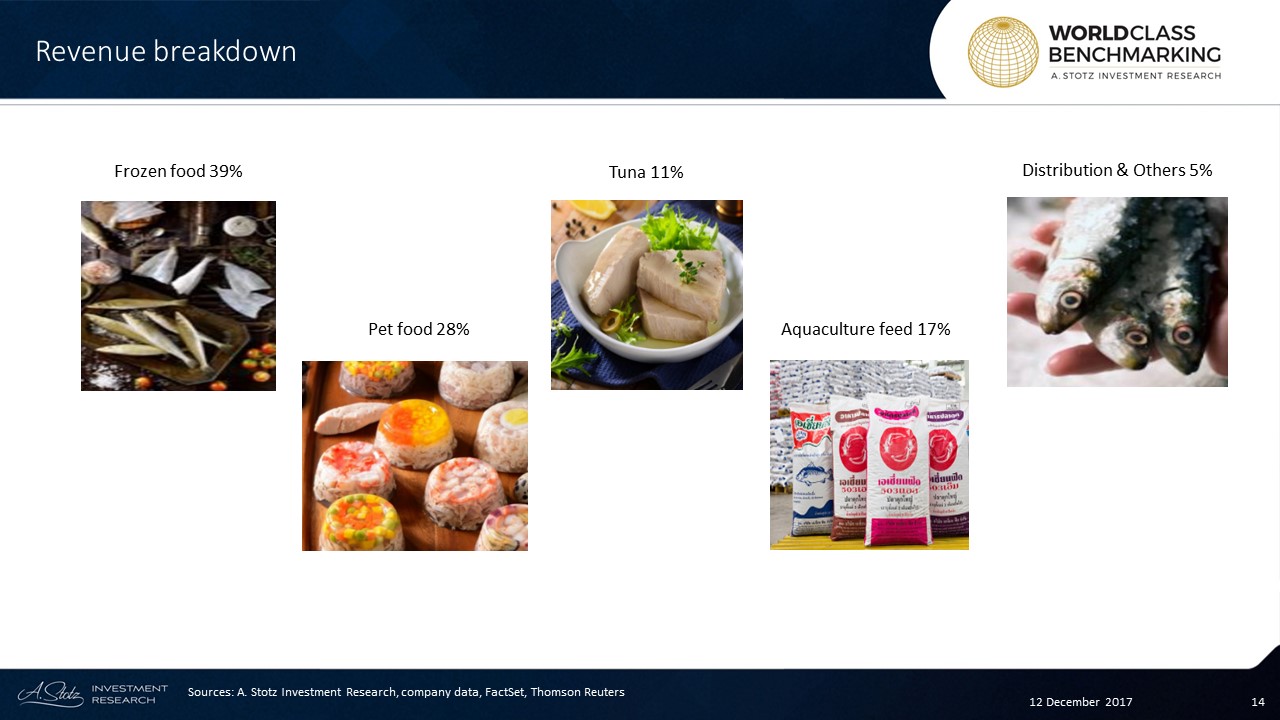 Of its five plants, three are for frozen seafood production, one is for fish feed, the fifth is for canned and pouched tuna and premium pet foods.

Pet food is currently the fastest growing business of the group thanks to high demand for premium pet foods which are exported to the developed markets. ASIAN also works on product development with its clients that own premium pet food brands.

Somsak Amornrattanachaikul is the Chairman and CEO of Asian Seafoods Coldstorage and its subsidiaries. He has served in this position since 1999 and personally holds 45 percent of shares of the company. This number totals up to 72 percent of outstanding shares held by him and his family. Along with other professional qualifications, he has completed a BA Political Science from Ramkhamhaeng University. 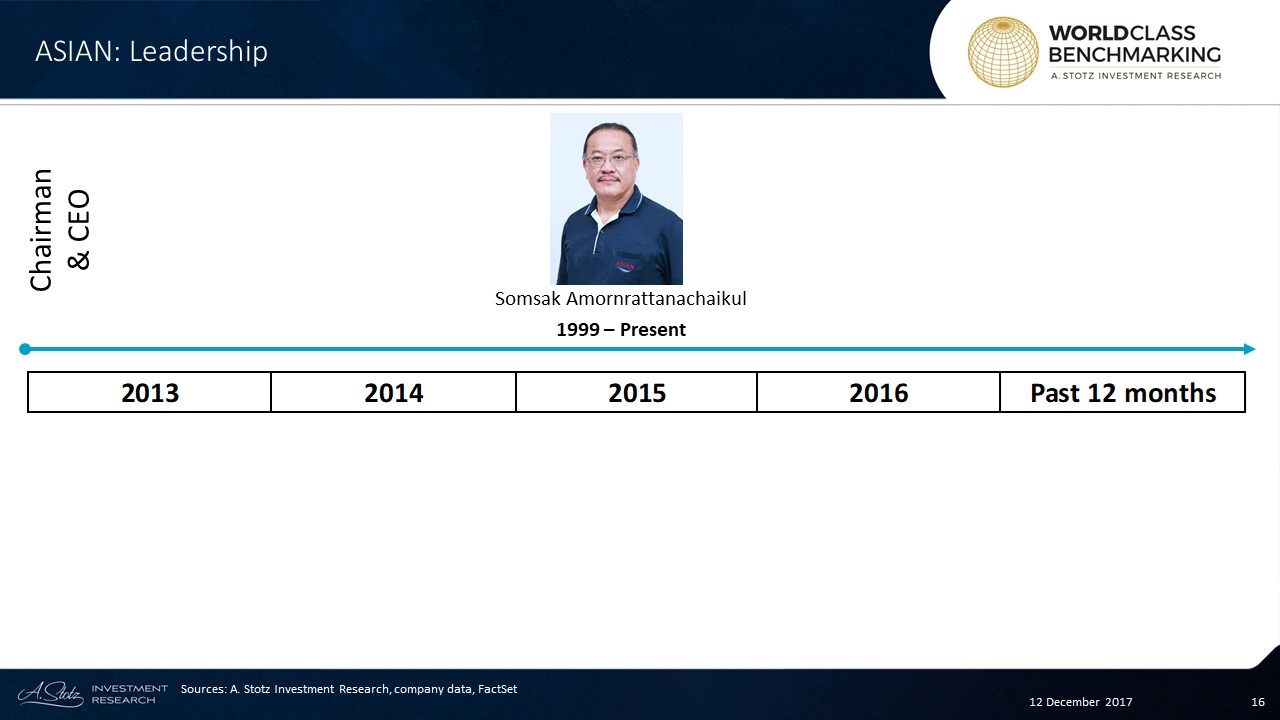 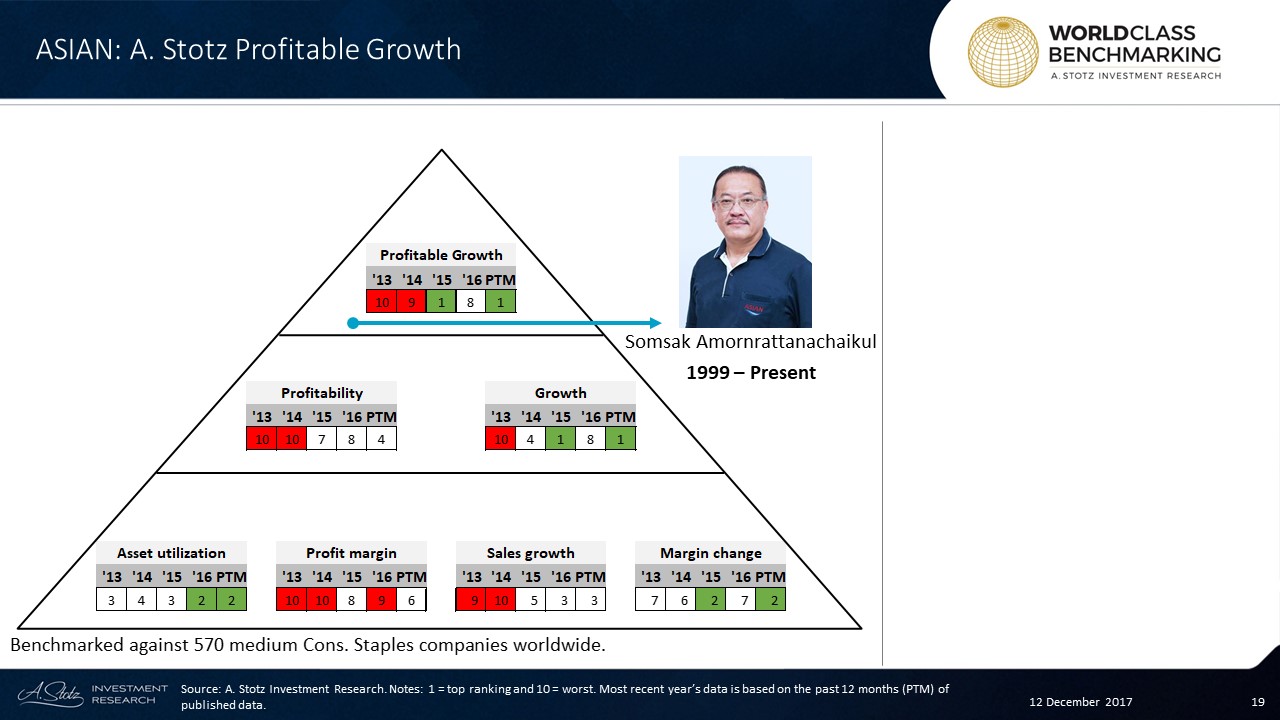 Asset utilization remained strong at #2. Profit margin improved due to a larger share of high-margin premium pet food in the sales mix but remained weak at #6.

Sales growth maintained its #3 rank and Margin change improved to #2 from #7 in the past 12 months.