The release of Electronic Art’s new video game Star Wars: Battlefront 2 has seen a new debate on gambling arise. The practice of having gamers pay for so-called “loot boxes” has come under investigation in Belgium, sparking multiple institutions to argue for stricter regulation.

May the Purchased Advantage Be with You

One thing is certain about video games: they sure can be very frustrating if the levels or the online multiplayer-mode is difficult to complete. It seems to be a basic human desire to find a workaround for these difficulties. Electronic Arts attempts to cater to this need by charging for so-called "loot boxes." The price range looks as follows: 500 Crystals – $4.99, 1,000 Crystals – $9.99, 2,100 Crystals – $19.99, 4,400 Crystals – $39.99, 12,000 Crystals – $99.99. The more crystals you buy, the more you increase your chances at rolling the dice on essential features within the games that increase your chance of progressing or winning. It's a quasi-cheat code for people who don't mind paying for it.

It alerted the one group that it should be very careful when aligning itself with: legislators.

The gaming community has shown major upset at the announcement of these loot boxes in EA's new game. Multiple calls to boycott the game have managed to elicit an EA statement, in which the developers attempted to explain themselves — the most disliked post on the news aggregation site Reddit — and made the developers reach the decision to significantly change the game prior to its release.

Purchasing advantages have been reduced, and there were talks about a temporary suspension of “loot boxes” altogether. It turns out that the consumer side of the equation is unhappy with the business model of the game developers, and it will be up to those developers to find innovative ways to communicate and listen to the community.

The question is not whether loot boxes are terrible or not because that is a debate that the consumers of the games need to have with the developers. The unfortunate outcome of the current outrage is that it alerted the one group that it should be very careful when aligning itself with: legislators.

The Belgian Gambling Commission kicked off a larger debate around the practice of loot boxes by starting an investigation into gambling allegations. The US also hasn't been spared from a very odd discussion on the gaming practice: Hawaii state representative Chris Lee described Star Wars: Battlefront 2 as a "Star Wars-themed online casino designed to lure kids into spending money," and said that he is seeking legislative action against these "predatory practices."

The odd thing about the casino comparison is that loot boxes don't make the player any money in real life. Buying these credits merely gives players a chance at advancing faster and more easily in the game, not multiplying the funds that they put in. This was ultimately the conclusion reached by the UK's gambling commission, which wrote in a statement:

"A key factor in deciding if that line has been crossed is whether in-game items acquired ‘via a game of chance’ can be considered money or money’s worth. In practical terms this means that where in-game items obtained via loot boxes are confined for use within the game and cannot be cashed out it is unlikely to be caught as a licensable gambling activity."

However, the investigators only grudgingly admitted that it's legal, and conclude at the end of the statement that, legal or not, we should all be concerned about the well-being of minors playing these games.

You might call it a stretch, but implying that 13-year-olds will become casino gambling addicts because they burn through their pocket money on a better gun in a Star Wars video game is utterly ridiculous. And even if parents are seriously concerned about the health of their individual child, then they should take specific decisions within their family which fit their needs. Lest we forget, minors are still beholden to their parents.

Teaming up with legislators can open the door for large-scale governmental involvement in video gaming.

In the gaming community, many seemed happy that legislators are looking into the practice of including paid loot boxes. The latter are decried as unfair and ruining the fun of gaming altogether. However, gamers should be cautioned not to get into bed with legislators when it comes to the video game industry. Haven't we learned anything from the enormously tiring debate around violent video games? A decade ago, discussions asking, "Do violent video games make children more aggressive?" were hot topics. The debate was ultimately settled by the scientific proof that there is no correlation between the two, but with today's mindset of quick regulatory action, we wouldn't even have had time to establish this proof in the first place.

The gaming community should caution the game developers by showing their market potential. Making games unattractive for a majority of your customers is a bad business choice which can easily be exploited by your competitors. Teaming up with legislators can open the door to large-scale governmental involvement in video gaming, and might quickly turn against those who called them in the first place. 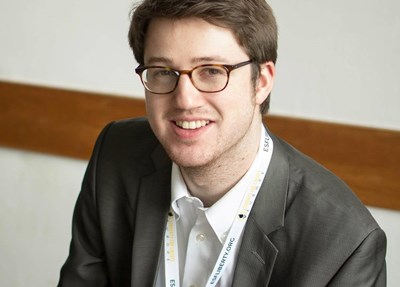