For generations, Gallup has been asking Americans what they see as the nation’s primary problems. Answers change from year to year, but in its most recent poll Gallup received a startling answer.

The biggest problem wasn't health care or race relations, though Americans have concerns with these issues. It wasn't the economy, which scored very well in the poll.

23% of Americans say that the government is America’s biggest problem.

In a podcast with Dr. Frank Newport, Gallup’s editor-in-chief, Jones said that 23 percent of Americans say that the government is America’s biggest problem.

“That’s about exactly what is was before Nixon resigned,” Jones said, referring to the Watergate era.

One might be tempted to view this result as solely caused by disgust with President Donald Trump or his policies. But that’s not really the case, or not entirely. The commentators point out that the poll is similar to findings from 2014-2015 when Barack Obama was president.

“Obviously they weren’t saying Donald Trump then,” Newport observed. “So the problems Americans have with government precede Donald Trump.”

So there’s really no getting around the fact that a plurality of Americans see government as America’s biggest problem – regardless of which party holds power.

The irony, of course, is that government growth has been perhaps the most reliable fact of the last half-century, right behind death and taxes. Interestingly, as the graph below shows, it’s a trend that has continued regardless of which party holds power in Washington, D.C.

With America facing a $20 trillion debt that is projected to explode, one is tempted to think that perhaps the poll’s findings suggest that U.S. citizens are finally having second thoughts about big government. Don’t be too sure.

The idea that government itself – not simply the people administering it – could be the primary problem might be too foreign to the modern mind to take hold. As Hayek pointed out in The Road to Serfdom, humans have great difficulty unlearning things, and the idea of government as a force for good is embedded in the modern psyche:

We are ready to accept almost any explanation of the present crisis of our civilization except one: that the present state of the world may be the result of genuine error on our own part and that the pursuit of some of our most cherished ideals has apparently produced results utterly different from those which we expected....

That democratic socialism, the great utopia of the last few generations, is not only unachievable, but that to strive for it produces something so utterly different that few of those who now wish it would be prepared to accept the consequences, many will not believe until the connection has been laid bare in all its aspects.”

Americans may feel a general disturbance in government. They might harbor a vague, slightly unsettling feeling that something is amiss, that it’s not working quite properly.

But their faith in government, the great equalizer, likely remains strong. I suspect most have forgotten Bertrand de Jouvenel's famous warning: “There is a tyranny in the womb of every Utopia.” 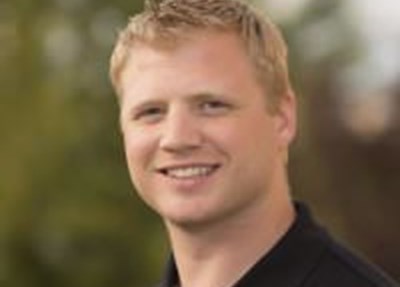