In his Liberty Forum essay, Robert VerBruggen argues that the dramatic increase in opioid deaths in the United States over the past two decades has resulted mainly from over-selling by pharmaceutical companies and over-prescribing by physicians and other healthcare providers. As such, he concludes that policy should further restrict access to prescription opioids, while expanding access to Medication Assisted Therapies (MATs) such as methadone and buprenorphine.

I argue here that opioid overdoses occur mainly when policies are in place that restrict or outlaw opioids. The right policy is therefore legalization or at least substantially greater legal access; expanding MATs is only a small step in that direction. Legalization might increase opioid use, and legalization will not eliminate all adverse consequences from opioids. But legalization would dramatically reduce overdoses, facilitate safe use of opioids by pain patients and others, and reduce or eliminate other prohibition-induced ills such as violence, corruption, racial profiling, and civil liberties infringements.

This conclusion follows from historical and recent evidence on past restrictions and prohibitions on opioids, alcohol, and other drugs. These substances have been dangerous when illegal or highly restricted and far less dangerous – indeed, often beneficial – when legal or mildly restricted.

Prohibition makes opioids more dangerous because it forces the market underground, which inhibits normal quality control. In legal markets consumers know the potency of the drugs they purchase; they do not buy beer and receive grain alcohol or aspirin and get morphine. Similarly, if opioids were legal, consumers would not buy heroin and receive fentanyl or heroin laced with fentanyl. Legal markets provide good quality control, via several mechanisms, and therefore rarely produce accidental overdoses. Legal markets provide good quality control and rarely produce accidental overdoses.

Under prohibition, however, buyers cannot sue or complain to consumer-protection agencies when a dealer sells them adulterated or mislabeled goods. Likewise, sellers cannot advertise their products against others whose drugs may be more dangerous.

Canadian physician Evan Wood indicates that “simply cutting [patients] off of opioids can lead to all sorts of problems with people turning to the street and transitioning to intravenous use and, of course, with fentanyl out there in the drug supply it can be very, very, very dangerous.” Wood highlights that many users substitute harder street drugs when access to less potent opioids is cut off, yielding an increase in overdose deaths.

As one recovering New Jersey addict told a reporter for nj.com,

They’re selling bags of fentanyl and calling it heroin. People are dropping like flies. People are used to using a bag or two of heroin and they’re getting straight fentanyl and it’s killing them.

Note that even before the major crackdown on access to prescription opioids that occurred around 2010 in the United States, the increased prescribing occurred under a regime in which access to prescription opioids was strictly limited. Thus many who began use for medical conditions were not allowed to continue use indefinitely, thereby creating a group of patients forced into the gray or black market, and into the uncertainties just described.

The Risk of Overdosing

Prohibition also makes opioids more dangerous by encouraging drug mixing. In 2013, 77 percent of deaths involving prescription opioids involved mixing with either alcohol or another drug. If opioids are easily accessible, people tend to use the substance they desire; when access is limited, however, some consumers obtain an insufficient quantity and therefore improvise with alcohol, benzodiazepines, and other drugs. Taking these drugs together increases the risk of overdose, especially when dealing with depressants like opioids, which, according to a government document from the state of South Australia, “can cause a person’s breathing and heart rate to decrease dangerously.” Medically, opioids neither cause organ damage nor have a dosage ceiling.

Prohibition further increases overdoses by disrupting tolerance, which makes usage less dangerous as the body develops resistance to opioids’ respiratory-depressing effects. Medically, opioids neither cause organ damage nor have a dosage ceiling, in which “additional dose increases produce no change in efficacy and only cause more side effects or toxicities[1].” If higher dosages can treat pain without damaging organs, limitations make little sense.

Worse, under prohibition users who have developed tolerance get cut off, whether by legal or medical restrictions or by being forced into non-MAT treatment. Tolerance then declines, according to medical experts in drug rehabilitation, so users who resume use are more prone to suffer an overdose.

One study proposes that environmental factors also influence tolerance, and that “a failure of tolerance should occur if the drug is administered in an environment that has not, in the past, been associated with that drug[2].” Therefore, prohibition may increase the chance of overdose by driving users out of their routine into unfamiliar settings in which their tolerance against the respiratory effect of opioids is diminished.

Alcohol Deaths increased as adulterated and even poisonous versions of alcohol proliferated.

Prior to 1914 in the United States, opioids (and all other drugs) were legal, easily accessible, and commonly prescribed. Yet no opioid “crisis” or “epidemic” gripped the nation[3]. Similarly, alcohol consumption declined modestly during Prohibition in the 1920s and early 1930s[4], but deaths due to alcohol increased as adulterated, low-quality, and even poisonous versions of alcohol proliferated[5].

Thus in both cases, restrictions made use more dangerous, even if it reduced use.

Legalization in Other Countries

More recently, Portugal decriminalized all drugs – including opioids – in 2001 and then witnessed a dramatic decline in drug-related deaths. In fact, “In 2012, they had just 16 drug-related deaths in a country of 10.5 million,” according to Justin McElroy of CBC News. Decriminalization also allowed individuals to purchase and use in safer settings and gain better access to harm-reduction resources such as needle exchanges, thus decreasing HIV and other transferable diseases.

Experience in other countries tells the same story. Between 2000 and 2005, the number of patients receiving buprenorphine, a partial opioid agonist, in France increased from 65,000 to 90,000. In this period, “the rapid spread of buprenorphine treatment in France has been associated with individual, social, and economic benefits” including “a dramatic reduction in deaths resulting from drug overdose [and] a reduction in HIV infection prevalence among [injection drug users][6].”

While the subdued euphoric effects of buprenorphine distinguish it from other opioids, this case still demonstrates how the de-stigmatization can facilitate access to medically efficacious treatments.

Overdoses continue to increase year after year even in the face of heavy-handed interdiction.

Compare this to the United States. Most opioids are listed by the DEA as prohibited Schedule I or Schedule II drugs. Buprenorphine and other medically efficacious alternatives are highly regulated and restricted. Yet overdoses continue to increase year after year even in the face of heavy-handed interdiction. With fewer restrictions on methadone, buprenorphine, and other medically efficacious opioid addiction treatments, the detox process would be more accessible.

VerBruggen acknowledges this point, suggesting that, “addiction medications have proven to be highly effective, if far from 100 percent so.” It is perplexing that he recognizes the benefits of allowing legal access to methadone and other MATs, but ignores this logic for other opioids. Methadone, a “very potent opiate medication,” is accepted as “safer” because it can be legally administered in a controlled setting with the contents known to the user. The same could be true for any opioid under legalization.

Though perhaps well-meaning, these actions harm those who desire opioids for pain management. As one patient recently told a Boston radio station, providers “just do not have the medications because they have run out [of] their allocation within the first week... It’s just that bad where I know I am gonna end up in the ER because I don’t have my medications.” Limits on prescribing withhold medical treatment from those who need it because of the inability of sweeping regulation to discern need.

Evidence suggests that these policies have been counterproductive if the end goal is to decrease overdose deaths. A study of Prescription Drug Monitoring Programs in New York state finds that “prescription opioid morbidity leveled off following the implementation of a mandated PDMP although morbidity attributable to heroin overdose continued to rise[7].” These results are consistent with the view that restrictions on prescribing induce substitution to more easily accessible – yet more dangerous – street drugs.

Since 2010 opioid prescribing has leveled off yet the opioid death rate has continued to increase.

The fact that overdoses increased along with prescribing during the period before 2010 does not mean the prescribing caused the overdoses. Set aside the possibility that misreporting generated at least some of the measured trend in overdoses[8]. According to the Centers for Disease Control and Prevention, even if the increase in overdoses is entirely real, it occurred under strict restrictions on access to prescription opioids, and outright prohibition of other opioids such as heroin and fentanyl.

Since 2010, moreover, opioid prescribing has leveled off yet the opioid death rate has continued to increase, if anything at a faster rate than previously. A growing fraction of the recent deaths reflect heroin and fentanyl rather than prescription opioids. This illustrates perfectly the claim that more restrictions generate more dangerous use[9].

Thus prescription opioids may have played a role in the deaths over this period, by increasing the number of people who would be tempted by the black market. Had the increase in prescribing occurred in a legal market, however, the vast majority of the deaths would not have occurred.

Opioid overdoses have increased substantially in the United States—this fact is undeniable. But the increased prescribing did not by itself cause the increase in overdoses; instead, restrictions on access cause overdoses by diverting consumers to the black market. If consumers could easily obtain opioids, no black market would arise, thus decreasing the violence, uncertainty of dosage, and ultimately opioid overdose deaths.

In addition to increasing overdoses, prohibition harms users and society.

In addition to increasing overdoses, prohibition harms users and society by increasing violence and corruption, exacerbating racial discrimination, infringing civil liberties, limiting medical research and uses, and eroding respect for the law[10]. Prohibition and other restrictions also raise the costs of using opioids for those who benefit from such use, whether for medical or any other purposes[11].

Reprinted from Law and Liberty. 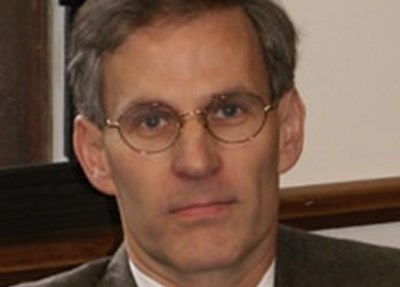 Jeffrey Miron is a Senior Lecturer and Director of Undergraduate Studies in the Department of Economics at Harvard University, as well as a senior fellow at the Cato Institute.