ValueWalk
Home Economics How Weird is Our Current Rate Environment?

Phil: Do you ever have déjà vu, Mrs. Lancaster?

Mrs. Lancaster: I don’t think so, but I could check with the kitchen.

Before we dive into the most recent letter, I have an exciting announcement.  When I started writing Miller’s Musings 6 years ago, the audience was investors in my funds, past colleagues, and some other fund managers with whom I swapped ideas and information.  Since then the readership has grown to include not only some very well-known market professionals, but also a large contingent of non-professional but quite dedicated investors.  I have been asked by both groups for more regular, in-depth research for a long-time, but resisted, as managing my fund is my primary focus (and yes, it is still open to new investors.  If you are interested, please email me directly.)  Frankly, while I love writing, and the process helps me clarify my thinking about markets and stocks, the prospect of managing payment gateways, subscription lists and the attendant hassles was daunting. However, recent advances in technology have made the process of managing multiple distribution lists, and getting paid for the effort, much easier (I hope!). Within a few weeks I expect to launch two new services for investors, which will be released much more regularly and frequently. You can get some pricing information here.  Don’t worry though, Miller’s Market Musings will continue to be free.

Since we have recently added quite a few new readers, it’s probably worth a reminder that all past articles can be found at www.millersmusings.com.  But to save you all some time, here are links to the three most popular and recommended articles of the past year.

And one that is a not-so-humble brag: Are We There Yet, January 20th, 2016, where I said a turn was at hand in the markets, small caps were oversold, and with oil at $28 and energy companies in the tank, they were a buy.  That worked out pretty well…  See, I’m not always bearish – it just seems that way to my recent readers.

That said, I am 100% bearish now.  But you probably already knew that, which is why this letter is titled Groundhog Day.  As I sat down to write this letter a few weeks ago, I said to myself I can’t do it again – I’ve already said what needs to be said, so now it’s time to just wait.  But then things got even more nutty, so I’m back.  If you have any comments or if you want to receive my more detailed Miller’s Market Matrix, email me directly at [email protected]

Phil: What would you do if you were stuck in one place and every day was exactly the same, and nothing that you did mattered?

Ralph: That about sums it up for me.

Here’s where we are stuck right now:

Phil: Ned, I would love to stay here and talk with you... but I'm not going to.

Investors in today’s market have a few choices – they can run with the herd, hoping to escape before going off a cliff.  But I’ve been to the Maasai Mara in Kenya during the great migration, and I’ve yet to see any animal successfully leave the pack without getting picked off by crocodiles, lions, leopards, cheetahs or hyenas.  Watching a pack of hyenas chase a pride of lions off a kill is an amazing sight, but also a stark reminder that charting your own course is fraught with danger.  That said, I’m doing it, as my investors and readers know.  I’d love to still be long for this last push higher in the markets – I’d be making a lot more money for my investors and myself, and not constantly reevaluating my decision-making process.  But I’m not going to.

Why not run with the herd, and use a stop-loss of some sort to get out?   Or, use a technical indicator to try to time the market?  Well, I do use charts, and find them very useful for timing market entry and exits.  But I also believe in mean-reversion, as well as math and studying history – and I’m fairly certain that this market boom will end just like all booms end, with prices reverting to a level that offers an attractive real-rate of return for investors.  Right now, no public financial markets offer that. Yes, there are particular individual stocks that are attractive, and I own them, but I have also fully hedged my broad market exposure. What I am not certain about is when.  There are some technical factors that indicate that the turn may be near, but given how wrong I and others have been over the past 12 months, I’m not willing to say its imminent.  Central banks have been buying U.S. stocks, which has pushed back the day of reckoning, as they are price-agnostic and have seemingly unlimited buying power.  When the history of this market is written, the outsized role of Central Banks and Sovereign Wealth Funds in creating this bubble will make for some fascinating books.  My last Musings goes into detail on the absolute levels of overvaluation we are now faced with in financial markets, and things have only gotten more extreme since, so instead of repeating it, I’d suggest clicking the link above and reading it again if you need a refresher.  The Summary: It’s Bad.

Rita: Do you ever have déjà vu?

Phil: Didn’t you just ask me that?

I almost didn’t write this letter, as I can hear you all muttering to yourselves “great, he’s still bearish, yada yada, let me know when something changes.”  Hell, I didn’t want to write this letter again.  It’s not fun.  I’d much rather be saying this market is a buy, here are the sectors that are most attractive, and here are the stocks that are most attractive within those sectors.  But I can’t.  If this feels like déjà vu, it’s because you have seen this movie before.  And like all markets that have been this overpriced in the past, it’s not going to have a happy ending.

Below I’ve posted some of the most relevant charts I’ve come across recently.  For many more, and some specific ideas, email me to get Miller’s Market Matrix at [email protected]

Phil: This is one time where television really fails to capture the true excitement of a large squirrel predicting the weather.
Groundhog Day, 1993

The Next Two Charts are Courtesy of www.hussmanfunds.com

Expected nominal returns for the S&P 500 are now negative. 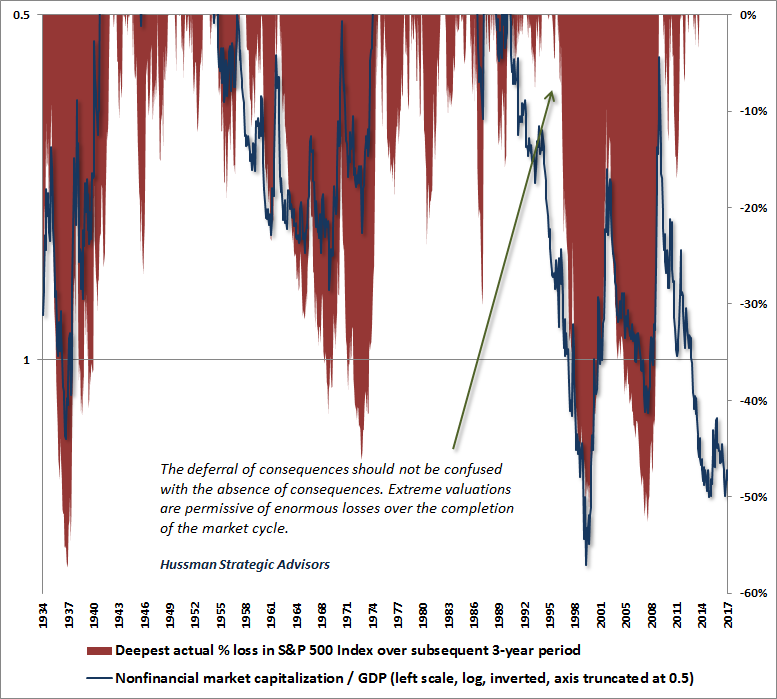 U.S. Stocks are Objectively Expensive – Will This Time End Differently? 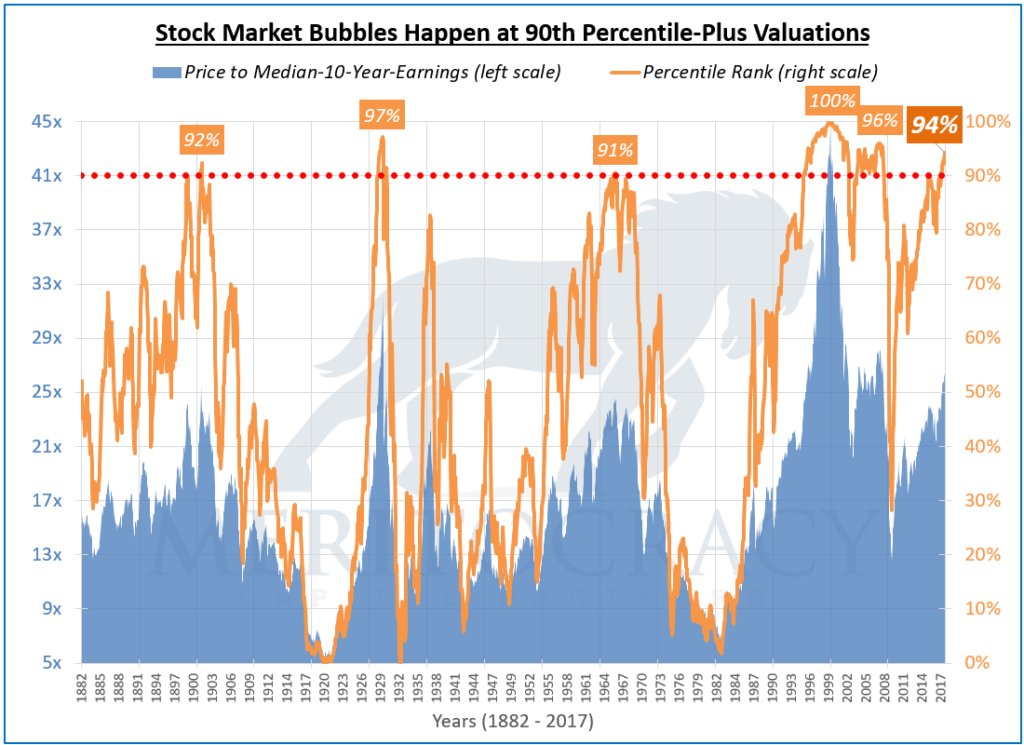 How Weird is Our Current Rate Environment?  323 Years of Bank of England Rates 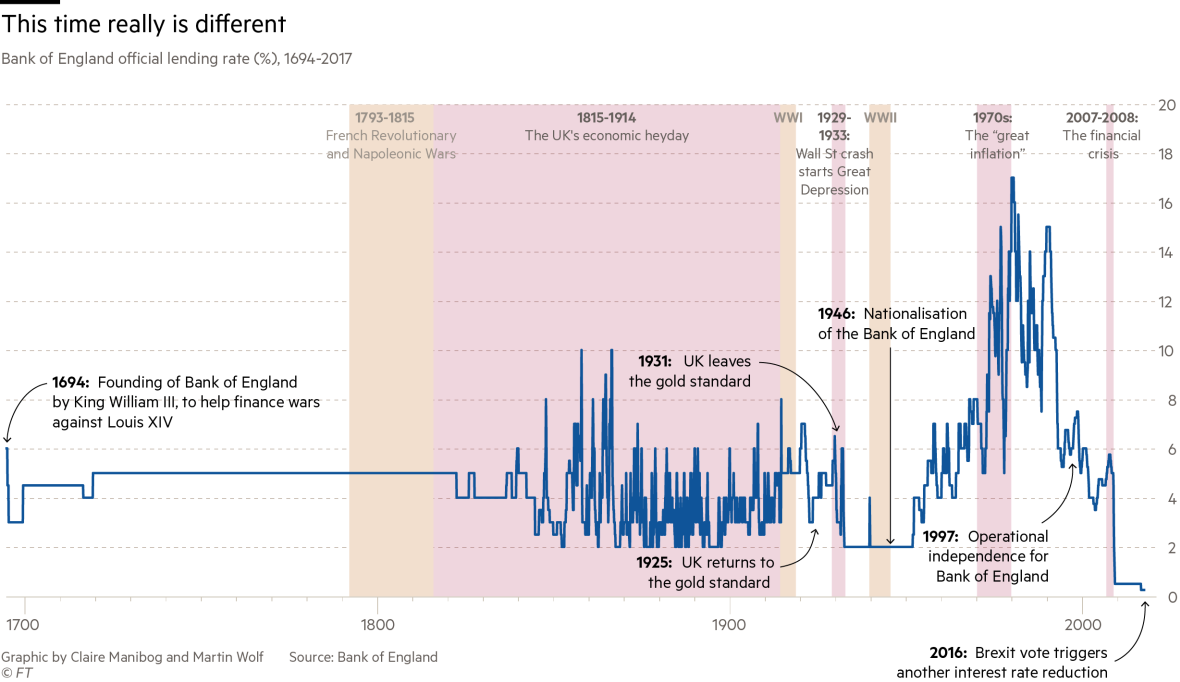 Volatility Is Unusually Low Across Global Equity Markets – How Long Will This Last? 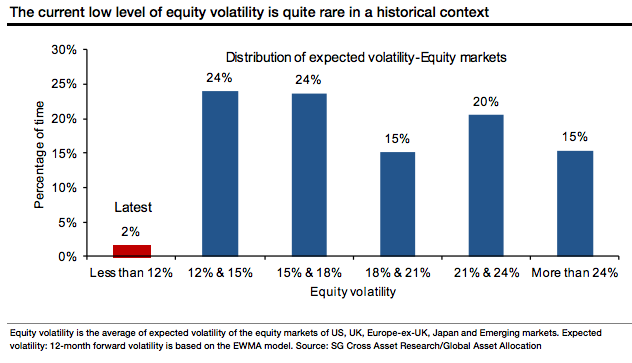 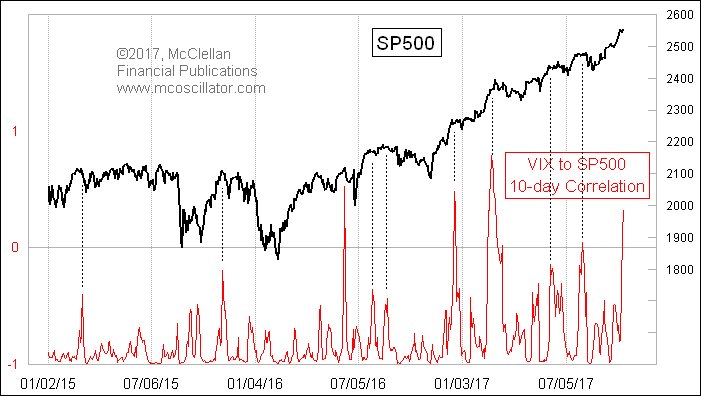 Banks Have Outperformed Since the FOMC, but the Yield Curve is Flattening – Not Good. 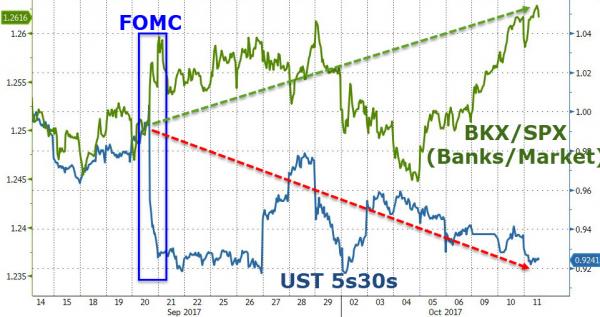 If The Economy is So Strong that Long-run Inflation Risks are Increasing, This Chart Would Need to be Flipped Upside Down.  In Other Words, Bonds Don’t Believe the Fed.US Treasury Bond Yields, Spread Between 5 year and 30 year Bonds. 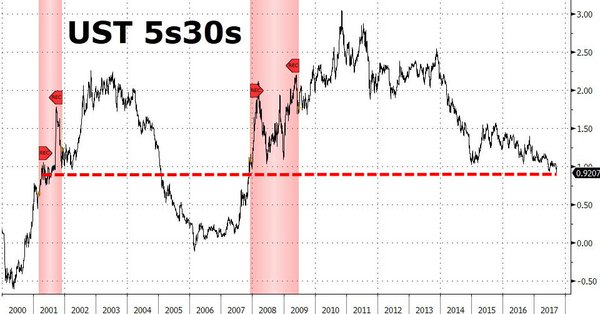 This Isn’t How This is Supposed to Work 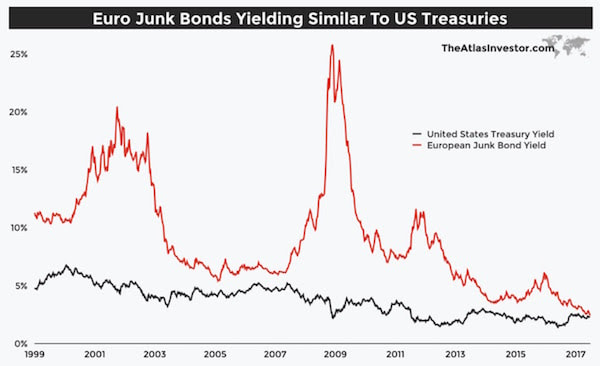 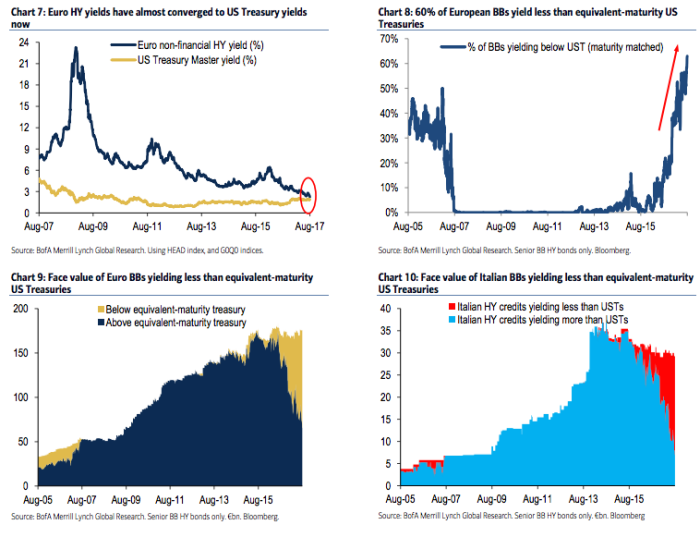 Phil: Something is... different.

Phil: Anything different is good.

Resistance:  What’s That? We’re in record territory, so there isn’t much.  254 should have been resistance, but the market isn’t play by the old rules.

Miller’s Market Musings is a free market commentary written by Jeffrey Miller, who has been managing money through various market environments for over 20 years. You can subscribe here.