Twenty-one years ago, I travelled to the most remote corners of an obscure country in Central Asia that few people have ever heard of. I was on a proselytizing mission: To “convert” subjects to the “religion” of capitalism.

Until just a few years before I arrived, Kyrgyzstan had been one of the 15 states of the Soviet Union – the bastion (or bogeyman, to most of the west) of socialism for the previous seventy or so years. That’s a lot of brainwashing to erase.

And Kyrgyzstan, like the rest of the former USSR, wasn’t having a fun time of the transition to capitalism… imagine if you were made poor overnight, your job vanished, and the entire prism through which you viewed politics, money and life suddenly shattered. And that was just the start of it.

Some members of the USSR gleefully threw off the Soviet shackles. Others had to be kicked out of the warm embrace of the USSR. Local mythology held that Kyrgyzstan clung to the last shreds of the USSR until a fax came confirming that the union no longer existed. 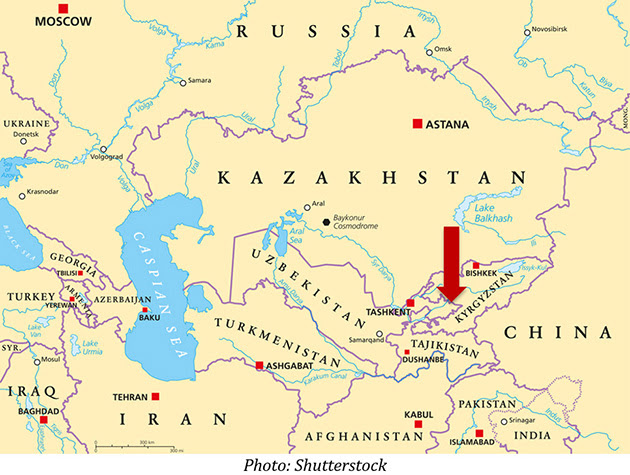 I had two years of experience on Wall Street – and grew up in a capitalist society – so I was arguably just qualified enough to preach the virtues of capitalism to Kyrgyzstan… or, more to the point, the virtues of stock exchanges. I was part of an American government programme to sprinkle goodwill, dollars and capitalism throughout the former Soviet Union. And my job was to help build a stock market in Kyrgyzstan.

Building a stock exchange in Kyrgyzstan was like installing a state-of-the-art horn in a 1987 Ford Escort car that was sitting on cinder blocks. The country needed roads, education, phones, telephony, stores, and almost everything else a lot more than it needed a stock exchange. And a stock exchange wasn’t going to help the country in the ways that it most needed help.

But the American government had an idea… and a fancy horn was just what Kyrgyzstan needed.

You see, during Soviet times, the government owned everything – from the apartments people lived in, to the factories where they worked, the roads they travelled on, and the stores where they bought stuff. So when the Soviet Union ended, and socialism was declared dead, an item toward the top of the to-do list was to take all of that stuff out of the hands of the government – and into the hands of the people.

What this privatisation process meant was that Soviet (now Kyrgyz) citizens who for years had worked at government-owned factories and companies in Kyrgyzstan suddenly became the proud owners of those very same companies. They were granted partial ownership of the companies where they worked through privatisation vouchers, which – if you squinted a bit – were kind of like shares.

(The reality was that privatisation served the interests of the powerful, well-placed and savvy people who actually understood what was going on: A massive transfer of wealth from the state to a handful of emerging elites. That’s how the world works.)

So Uncle Sam (that is, the American government), eager to spread the seeds of capitalism wherever they found ground that looked fertile, thought it was a good idea to create a stock exchange. This would allow newly-minted shareholders to buy and sell their privatisation vouchers. The thought process went something like this, I imagine:

Needless to say, this isn’t what happened. The workers who were suddenly part owners of the companies where they worked had no clue what was going on. So when the managers and directors of these previously government-controlled companies dropped by the factory floor and said, “Those little vouchers you have? Those bits of paper? How about you give them to me… and if you don’t, you’re out of a job.”

That was the end of the privatisation process. But no one told the American government.

So I came into the picture around then. I went to visit the company directors and general managers of those former Soviet plants and factories – sitting in their princely offices with a portrait of Lenin glowering at us – to tell them why the shares of their companies should be listed on the stock exchange. Most of them already controlled their companies… and none of them were interested in their employees (that is, shareholders) trading those pieces of paper with each other. 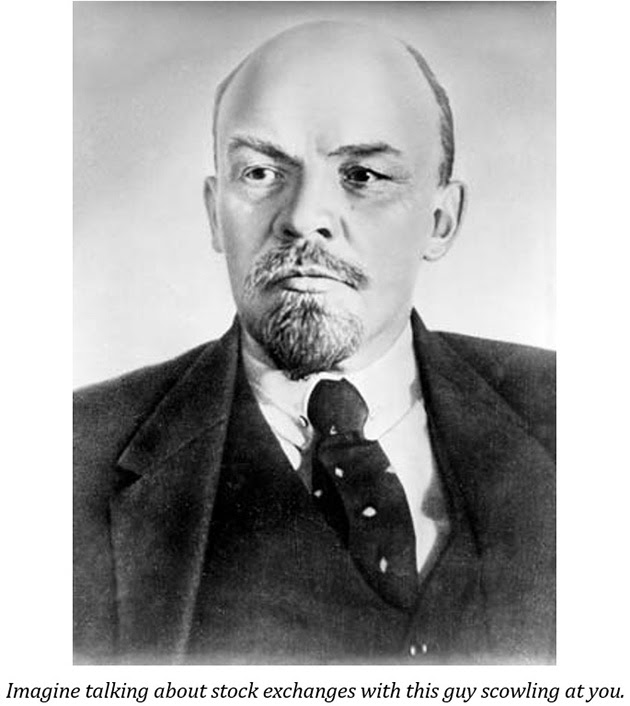 (And on a side note… most of these companies were barely alive. After the explosion of the end of socialism, in the backwater of the backwater of a broken empire, there was no business to be done. A lot of those factories had existed during Soviet times – in the twisted logic of socialism, where the cost of production and profitability were irrelevant – only to employ people. Now, without the safety net of socialism, there was no reason for these companies to exist… no one to supply the raw materials, no one to pay the workers to make the goods, and no one to buy the finished product.)

I most recently went back to Kyrgyzstan in 2014. There were more cars… a few more Turkish supermarkets… some nice restaurants… and the old stock exchange building had gotten a makeover.

But otherwise? Kyrgyzstan was in a time capsule. It was practically unchanged from 1996. That’s quaint. It’s also sad.

(One glimmer of hope: Just last week, Kyrgyzstan held what The Economist called “the first genuinely competitive presidential election in Central Asia”… strongmen holding power until they stop breathing, or until they’re overthrown in a bloody revolution, has been the custom in the region.)

That’s an easy way to explain a complex dynamic. But sometimes, the easy and obvious explanation is also true.

So now, ask yourself… are you changing with the times? Or are you at least recognising that times might be changing?

My colleague Peter Churchouse – who is a hard asset investor and a veteran stock analyst with many decades of experience – talks here about how he’s made an effort to keep up with a changing world.

One of the big ways that finance is changing is… cryptocurrencies. Even if you think that cryptocurrencies are a bubble, I think it’s a fact that the underlying technology, blockchain, is going to change the world. Some people have become very wealthy in that process… many more are going to do the same.

If nothing else – if you’re a member of the “I like things the way they are” school of thought (and I’m not putting it down, at all…), it might be worth your while to learn a bit more about cryptocurrencies. See our archive here and learn more about what Tama Churchouse is doing.