All traders share an aspiration to borrow OPM and most of them, one day, will trade with money they aren’t eligible. Noble fell very young in the powder pot.

“Noble said the lower than expected sale price for its gas and power assets reflected the conversion of working capital into cash and a revaluation of trading positions due to “market volatility”.

“Mercuria had paid $102m for the business and deposited a further $83m in an escrow account”.

“That figure is much less than the $261m Noble estimated it would be paid for the business last month when it asked shareholders to approve the sale”. 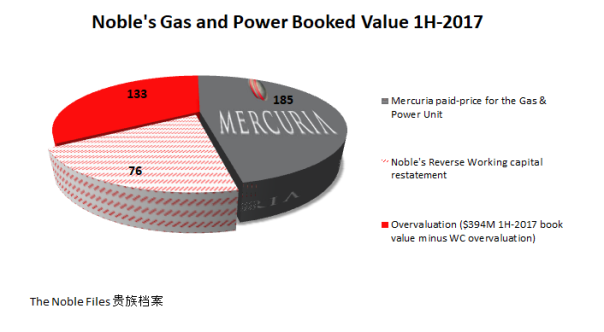 “Under a deal agreed in the past couple of weeks, Mercuria has given Noble access to $400m of its unutilised credit lines in return for a fee and information about its trading positions in coal and iron ore, according to people with knowledge of the arrangement.”

To avoid confusion, Mercuria isn’t altruistically given access but is tentatively placing the deal externally for a 200-250bps fee, contingent to 80/20 banks money and two leveraged funds money-without any risk or fiduciary relationship to the related parties we muse.

These funds are not first-payee loss in the case of a total loss / get whacked.

(EFA and Inoks Capital) target 1000-1200bps net returns in Asia trade finance coveting borrowers who do not have a credit rating  / or that banks just don’t want as clients (the rotten fish).

Cost of capital is cheap, albeit distorted by low rates.

Noble Group is the perfect designated candidate some would argue: has destroyed its credits and its WACC represents the best uncorrelated opportunity on a risk-adjusted basis.

(Except for two minor details).

We think concerned investors would like to develop a discussion with their private wealth advisers.

Among other things EFA and INOKS disclose  little of the break-down of their funds other than a monthly return or geographies. This is perhaps the main  “informational advantage” that the “trade finance funds” have.