First up is an update to the DM composite PMI vs US 10-year treasury chart – the final vs flash PMIs were revised up and that’s now making the divergence even more pronounced as the September DM composite manufacturing PMI is at a 3-year high.  I previously talked about this chart and how the bond market looks slightly out of whack vs the prevailing global macro cycle.  It could simply be that the DM composite PMI needs to hit like a break-point, a move say beyond 55, to catalyze a closing of that gap.  There may be a element of a geopolitical risk premium embedded in bond prices, or just a residual sense of doubt about the growth/inflation outlook and the Fed’s willingness to push on with quantitative tightening.

One thing worth noting, that red line - the Developed Markets composite manufacturing PMI - is using the Markit PMI.  Most of you will be well aware that an increasingly stark divergence has emerged (yes another one!) between the Markit and ISM manufacturing PMIs...  So we have disagreement between the bond market and the manufacturing PMIs and disagreement between the ISM and Markit PMIs.  If it is indeed the fact that the ISM PMI is "right" then the bond market will be very wrong: substituting in the ISM into that DM composite would lift the reading from 54.8 to 58.6 -- which would be pointing to a US 10-Year government bond yield in the order of 4% on that first chart!
A divergence in search of a catalyst: the closing of the gap between the PMI and bond yields could find some assistance from quantitative tightening - although the alternative view is that the bond market is right. 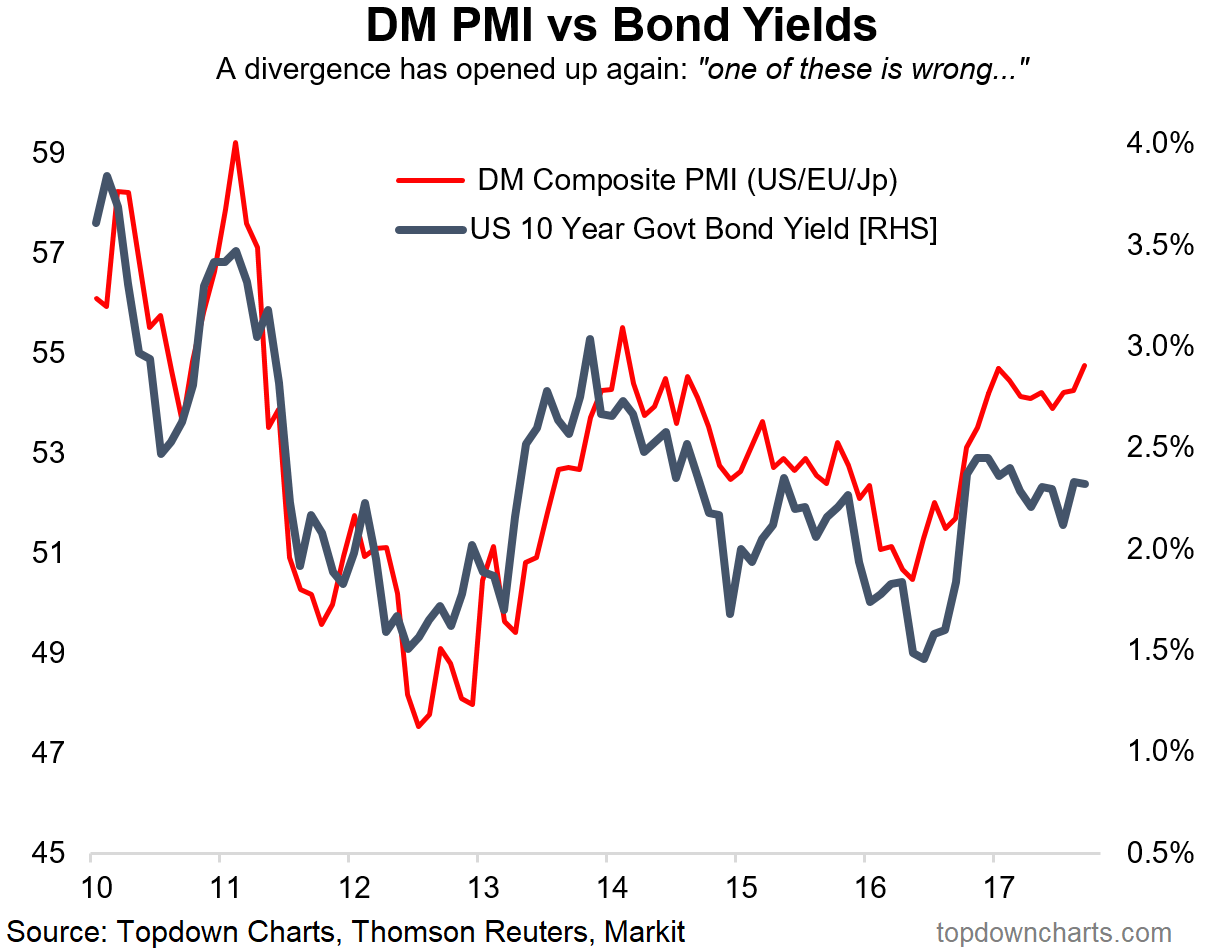 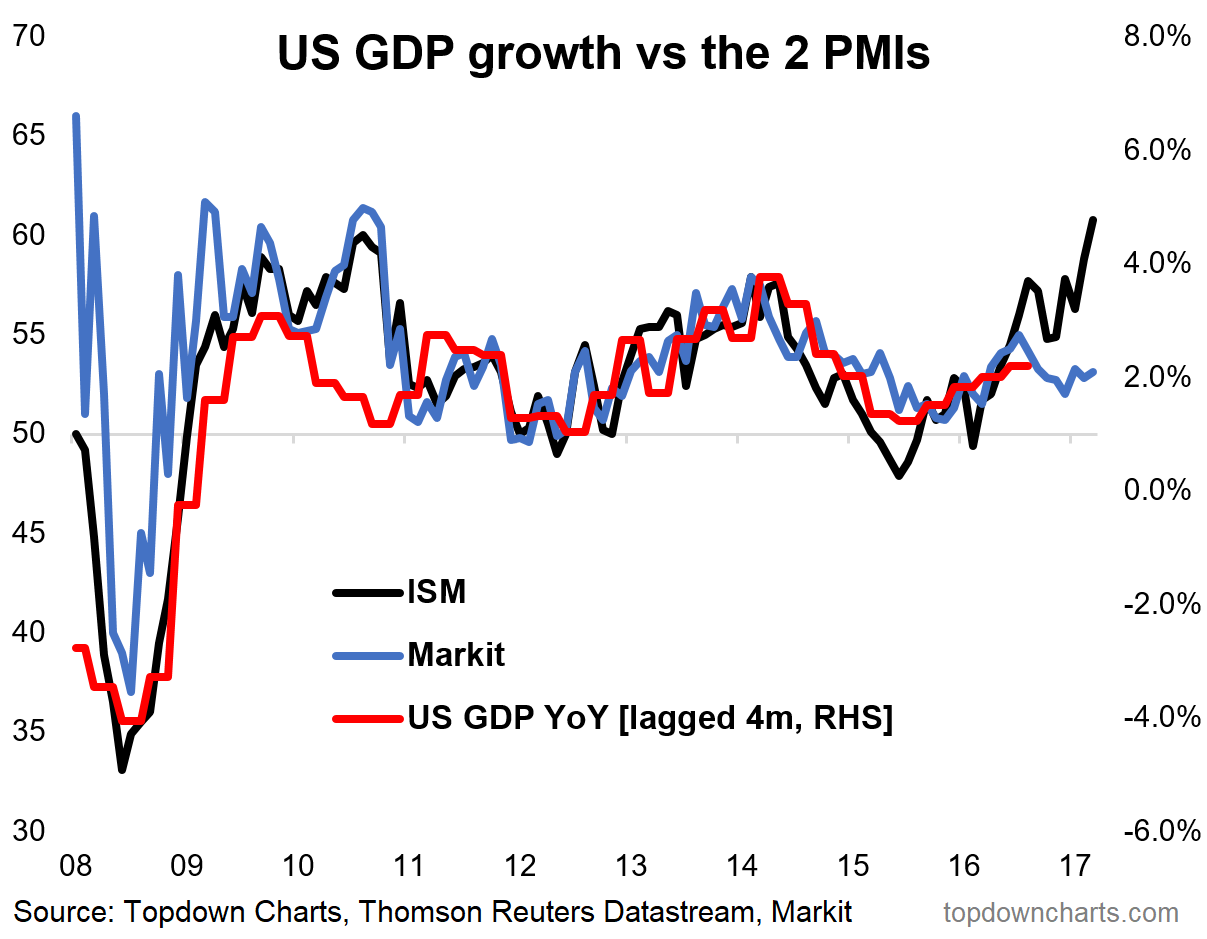 For more and deeper insights on global economics and asset allocation, and some more good charts you may want to subscribe to the Weekly Macro Themes.  Click through for free look or a trial.
Star hedge fund macro trader Colin Lancaster warns: Inflation is back