Every day, Google is used for billions of searches, making it the most popular search engine on earth. On Monday, September 11th, it appealed an EU decision that resulted in a $2.9 billion fine because the company firmly believes that its actions were neither anti-competitive nor harmful to consumers. Essentially, EU regulators punished Google because its improvements make its competition irrelevant.

The supposed problem lies with Google’s comparison shopping services. When users search for products like Nike sneakers, not only do general search results show up, but also ads showing different merchants selling those sneakers.

Users can also select “Shop for… on Google,” which will take them to the search engine’s shopping tab. On this page, users can choose individual items, see which retailers offer them, and at what price. Or, if users click on one of the images, they get directly sent to the retailer’s website.

Price comparison services claim that their websites should appear prominently in Google’s results. However, these websites don’t contain any original information so they get ranked much lower by Google’s algorithms.

People use Google Shopping if they want to find an item’s lowest purchase price because it is the most convenient option.

Google cannot be expected to throw business sense out the window by offering a duplicative service to its own.

The EU infantilizes consumers with its antitrust litigation. Consumers can still visit price comparison websites, but they will need to navigate away from Google to do so. When students purchase textbooks online, required booklists often direct them to their own, internal universities’ bookstores. Students are free to purchase textbooks from those bookstores, search for cheaper options on Amazon, Chegg, or any other book retailer. Universities are not trying to eliminate their competitors. It is simply expected that they would link students to their services in the hopes that students purchase books from their bookstores. From that point on, it should be up to the students to know that their school bookstore is most likely overcharging them.

Google is effectively doing the same thing as the universities when it directs users toward its price comparison services rather than duplicative services offered by other companies. The company directs users toward Google Maps when they search for directions, and no one would expect it to show Yahoo Maps on the same results page. Google cannot be expected to throw business sense out the window by offering a duplicative service to its own.

The truth is that most price comparison websites no longer offer additional value to consumers who already use Google. Because Google accesses information from a variety of sellers, it offers the same service to consumers as price comparison sites. Consumers can still choose between Google, other search engines, or price comparison sites, but the vast majority of EU residents choose to stick with Google because they are satisfied with the company’s service. The ability to effectively meet customers’ needs should not harm Google’s bottom line.

Antitrust litigation should be concerned with consumer welfare.

Price comparison sites should examine how they can change their business models in order to reestablish their place in the ever-changing tech sector. EU litigation like the Google antitrust case encourages businesses to rely on regulators to insulate them from market forces rather than to improve their business and compete more effectively.

It is important to recognize that the EU is different from the United States, in that its antitrust laws consider harm to both competitors and consumers, rather than just consumer harm. However, if a business provides a superior service to consumers, its competitors will always be harmed. This standard is no way to promote a dynamic economy, as evidenced by the EU’s absence of leading tech companies and innovative startups. Antitrust litigation should be concerned with consumer welfare, the true indication of whether a business is truly creating value or unfairly squashing competition.

Instead of protecting soon-to-be-obsolete businesses, EU antitrust litigators should consider whether Google is harming consumers with force or fraud. If not, Google should be free to operate as it sees fit in an ever-changing market and the EU’s decision overturned. 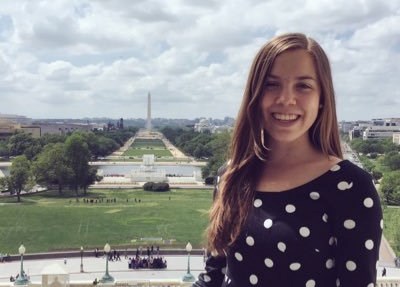