According to the New York Times, 564 million Indian citizens don’t have toilets, indoor or outdoor. You read that right. Roughly half of India’s population goes without what Americans of all economic stripes take for granted, and that is standard (indoors) in any American apartment or house.

The country’s females are often forced to relieve themselves in groups each day, thanks to threats of sexual assault. There’s safety in numbers, apparently. Others either get up extra early or wait until after dark in order to avoid being watched. Two billion of the world’s inhabitants have never even flipped a light switch.

That Indians suffer toilet scarcity is a given. But to recoil in horror at the basic comforts that its citizens lack is to focus on symptoms as opposed to the real problem. The problem is that wealth inequality in India is not substantial enough.

Evidence supporting the previous claim is that the simple act of going to the bathroom amounts to major inconvenience for hundreds of millions around the country. Great wealth is regularly earned through the erasure of life’s inconveniences.

To see why the above is true, readers need only consider something as basic as light. Hard as it may be for readers operating technologically advanced computers to believe, nearly two billion of the world’s inhabitants have never even flipped a light switch. Imagine that for a moment.

In the U.S. the desire for light and living when the day ended was solved by John D. Rockefeller long ago. While he’s most known for his Standard Oil fortune, Rockefeller’s initial wealth resulted from him making kerosene broadly available to American consumers. In short, Rockefeller grew rich by virtue of lighting up the night for people whose days used to end when the sun went down.

Rest assured, there’s an entrepreneur in our midst who will make private jets accessible to middle and poor earners.

Rockefeller then trained his genius on oil and its refinement, which was brilliant for the nascent automobile industry in the U.S. As the 20th-century dawned, owners of automobiles were rarer than millionaires (meaning, microscopically rare), by the 1920s cars were increasingly common.

As is well-known to readers, Henry Ford’s assembly line innovations led to mass production of a Model T that was within the price range of the average American. Along the lines of Ford turning a once impossible-to-own luxury into a common good, readers can rest assured that there’s an entrepreneur in our midst today who will soon enough make private jets accessible to middle and poor earners. This will include “self-driving” jets.

What this basic history of wealth creation tells us is that individuals get rich by making affordable and common what was once unaffordable and obscure. The path to wealth is one of making abundant what used to be scarce.

Applied to India, the unspoken problem there is that there’s not enough wealth inequality. India needs exponentially more of its entrepreneurially-minded to become extraordinarily rich. If so, readers can rest assured that a “Gilded Age” in India will coincide with indoor toilets for all, among other things.

Being Unequally Rich is Better than Being Equally Poor

Which brings us to the latest column penned by David Leonhardt, an economics columnist for the New York Times. Leonhardt no doubt means well, but his intense emotions perhaps shield him from clarity about what rising wealth disparity signifies. Leonhardt abhors inequality, and thinks highly of the businessmen from the past who allegedly shunned “the temptations of success.”

Where wealth inequality is soaring, the lifestyle gap between the rich and poor is shrinking the fastest.

To Leonhardt, wealth is a static pie. Seemingly enraged by deeply-held feelings about the successful billionaire (no mention that a billionaire saved the wonderful newspaper that employs him), Leonhardt is convinced that as the rich grow richer, those who aren’t rich have less. He’d like to redistribute their wealth. He writes that the problem with tax cuts for the well-to-do is that there’s “less money for everyone else.”

Ok, but logic dictates that what Leonhardt believes isn’t true. We know this given the simple truth that the world’s poorest continue to risk their lives to get to the wildly (and thankfully) unequal United States. Why would they flock to the U.S. if the rich were hoarding all the wealth to the detriment of those at the bottom? Of the major countries, the U.S. is easily the least equal in terms of wealth, yet the world’s strivers continue to choose it. That they do signals wage growth and upward mobility not captured by the measures followed by Leonhardt.

Importantly, the struggles of India’s citizens offer further clues about why the world’s poorest rush to where inequality is greatest. It’s where wealth inequality is soaring that the lifestyle gap between rich and poor is shrinking the fastest. Once again, entrepreneurs get rich by democratizing access to yesterday’s luxuries. A wondrous effect of rising wealth inequality in the U.S. over the last 100 years has been that former extravagances like the car, air travel, air conditioning, indoor plumbing, mobile phones and computers (among many, many others) have become commonplace.

Yet to Leonhardt, there’s a puzzling downside to all this, the inequality that results from life getting better. His dramatic mind tells him that reduced taxation stateside “has contributed to soaring inequality.” Well, yes, of course it has. Thank goodness it has.

Billionaires like Jeff Bezos and the late Steve Jobs aren’t the problem, we need many, many more of them.

When those with wealth are taxed less there’s more of it available to fund the experimentation that drives progress and staggering wealth creation. Those in favor of tax cuts shouldn’t run from the inequality that is the certain result of the cuts as much as they should advertise rising inequality as a beautiful feature of tax cuts for billionaires and future billionaires. Indeed, who among us doesn’t have an Apple or Dell product, who hasn’t shopped on Amazon several times in the past month, or who hasn’t used Google several times today alone?

The rich once again get that way by removing unease from our lives. Billionaires like Jeff Bezos, Michael Dell and the late Steve Jobs aren’t the problem as much as we need many, many more of them. So while tax cuts would be advisable even if they didn’t lead to rising inequality (in a sane world informed by freedom, people would keep much more of what they earn), that they coincide with rising inequality speaks to the genius of reducing them far more than President Trump and the Republicans are suggesting they would like to.

As for India, and with its lack of toilets top of mind, its political class would be wise to pass zero tax rates on income and investment for the super-rich in this most impoverished of countries. If so, more entrepreneurs eager to reduce the discomfort experienced by average Indians might reveal themselves from within, or arrive from outside India. While David Leonhardt plainly doesn’t know the horrors of living in a country without massive wealth disparity, Indians forced to plan their bathroom trips surely do. 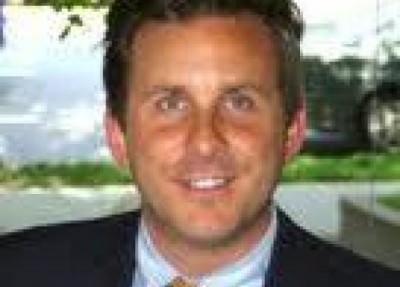