ValueWalk
Home Stocks There is always a market in crisis somewhere

“You never let a serious crisis go to waste. And what I mean by that is it’s an opportunity to do things you think you could not do before.” Rahm Emanuel, an American politician, was talking about politics when he said this. But he may as well have said it about investing in troubled financial markets.

If you’re looking to invest when the odds are in your favour then look for a crisis. When asset prices collapse it creates life-changing opportunities to buy (the right) assets on the (very) cheap.

But if you’re a victim of home market bias – and you’re over-invested in your “home” market – you might have to wait a long while for a nice ripe crisis. And even once it comes, chances are that you’ll be too caught up in it yourself, unless you were smart or lucky enough to sell early.

Investing in markets or companies in crisis, then, requires leaving what you know, and running towards the fire. (That’s part of what I’ll be doing in our new investment research service… lifetime subscribers will have the opportunity to join me on investment research trips to off-the-radar – and big-upside – destinations around the globe. Find out more here.)

What follows are three of my favourite examples of markets in crisis that were fortune-making for savvy investors. The exciting thing is that the “before” part of each of these situations exists today – in some market or sector or company… it’s just a matter of finding it – before it becomes the “after” of the examples below.

Profiting from Spain’s “Return to Europe”

Today, it’s strange to think of Spain as a fascist dictatorship. However, from the 1930s through the 1970s, its markets and economy were largely isolated from the rest of the world. Europe effectively ended at the Pyrenees, the mountain range separating Spain and Portugal from France.

When Spain’s longtime dictator, Francisco Franco, died in November 1975, the country’s future was up in the air. For several years, civil war and chaos looked like a real possibility. (I lived in Spain at the time… and though as a pre-adolescent I didn’t realise it, the country was at a true crossroads.)

But Spain slowly evolved into a democracy. It adopted a new constitution in 1978, and the government put down a coup attempt in 1981.

The 1982 elections solidified Spain’s transition to democracy and its eventual position in the western military alliance, NATO.

In 1986, Spain joined the European Economic Community – now the European Union. (People rang in the new year, marking the official entry into the EEC, with the cry, “We’re Europeans!”) At the time, new EEC members received massive infrastructure investments in order to help lift their standard of living to be on par with the rest of the union. These funds fuelled a two-decade economic boom in Spain that only ended with the 2008-2009 global economic crisis.

Investors who saw the opportunity for enormous positive change in Spain in the 1970s could have made returns of 4,300 percent in subsequent years.

Profiting from the end of a 26-year civil war

In 1983, Sri Lanka, a small island nation south of India, entered a prolonged civil war. The conflict between the Sinhalese ethnic majority and the Tamil ethnic minority lasted 26 years. (It was one of history’s more brutal conflicts… the Tamil Tigers reportedly invented the suicide vest – and pioneered suicide bombing as a war tactic.)

The long war stunted the country’s economic growth and created political uncertainty. Suicide bombings and other terror tactics by the Tamils posed an ongoing threat to the rest of the island. This fueled a steady migration out of Sri Lanka and strongly deterred foreign investment.

Meanwhile, excessive government spending fostered high inflation and constant budget deficits (when governments spend more money than they take in). As a result, Sri Lanka’s stock market suffered low turnover and minimal foreign interest. Sentiment toward the country was overwhelmingly negative. In fact, to much of the rest of the world, Sri Lanka’s civil war is what they know of the country… I’ve often been asked, “Oh, are they still at war?” after I mention that I lived there for a few years. 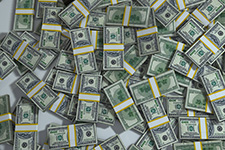 3,700% Returns… In the Footsteps of a Dead Man
Most people think it’s corrupt, violent, and bleak… like the backdrop of a James Bond movie. Yet places like this have generated some of the most profitable moneymaking opportunities in the world—like 1,000%… 5,000%… or more. Would you have the guts to invest?
FIND OUT HERE.

In 2002, Sri Lanka’s economy began to slowly improve, and the country made some progress toward political harmony. The turnaround was strong enough to trigger a sharp rally in the Sri Lankan market. In November 2005, the election of President Mahinda Rajapaksa, coupled with a strong public mandate to end the civil war, further fueled the rally.

Then the global economic crisis hit, along with the final and most ferocious chapter in Sri Lanka’s civil war, and in early 2009 the country’s stock market fell sharply.

The Sri Lankan stock market didn’t re-rate until the Tamils were definitively defeated in May 2009. The northern and eastern regions of the country – previously off-limits to investment and economic development because of the war – were gradually re-integrated into the economy, bolstering growth.

Investors who bought Sri Lankan stocks amidst negative sentiment could have made gains of 2,000 percent – though with plenty of volatility along the way.

The sugar industry experienced multiple price shocks throughout the 20th century. That’s not unusual for commodities, which tend to go through cyclical “boom and bust” periods.

Sugar boomed from 1962 to 1964, after the U.S. suspended imports of sugar from the Caribbean island of Cuba. (Socialist Fidel Castro led the Cuban Revolution that ousted President Fulgencio Batista in 1959, and the U.S. imposed a multi-decade economic blockade on the country, as part of its failed effort to undercut Castro.)

In 1964, the price of sugar started to fall. By 1966, the price had collapsed to close to a penny per pound. Finally, sugar was so cheap that demand started to rise. Then, in 1969, the U.S Food and Drug Administration banned cyclamate, a common sugar substitute, after researchers discovered it was carcinogenic. This pushed demand for sugar even higher.

Over the next four years, consumption outpaced supply, and inventories dwindled. This triggered a dramatic increase in sugar prices. Sugar hit a high of $0.64 per pound in October 1974.

These types of markets…

Today, many markets are close to all-time highs. But there are plenty of assets that are in crisis… or – maybe even worse – are unloved and ignored, and as a result are trading at crisis-like levels. I’ll be looking for those types of markets, and companies, in our new service, International Capitalist, and the life-changing price gains that can go with them… find out more here.