ValueWalk
Home Videos Tesla’s new Model 3 is expected to be a major boon for...

Founded in 1966, Hota Industrial Manufacturing Company Limited is a producer of gears, shafts, axles and other parts for automotive, agricultural and medical industries.

The company also produces electric wheelchairs through its medical division. 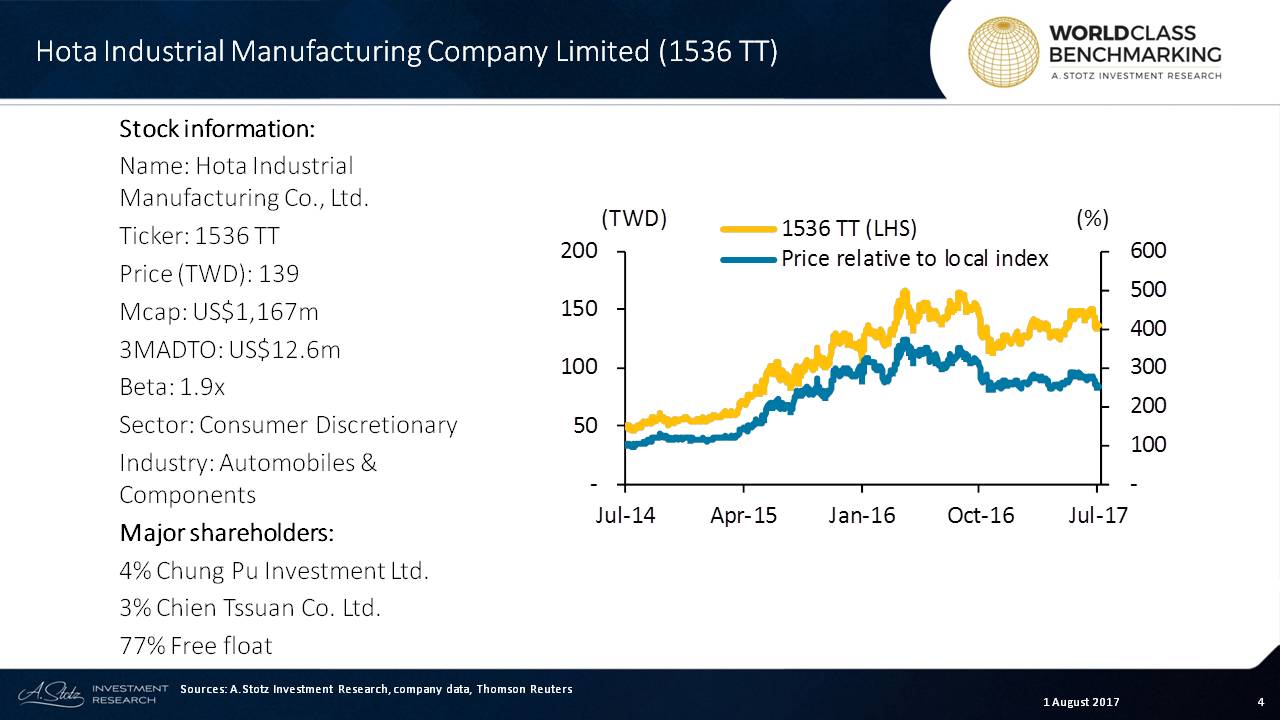 Some of Hota’s biggest clients are Tesla, BorgWarner and BMW.

Tesla’s new Model 3 is expected to be a major boon for Hota, which is thought to be supplying as much as 50% of component parts. It was the principal supplier for the Model X and Model S as well. 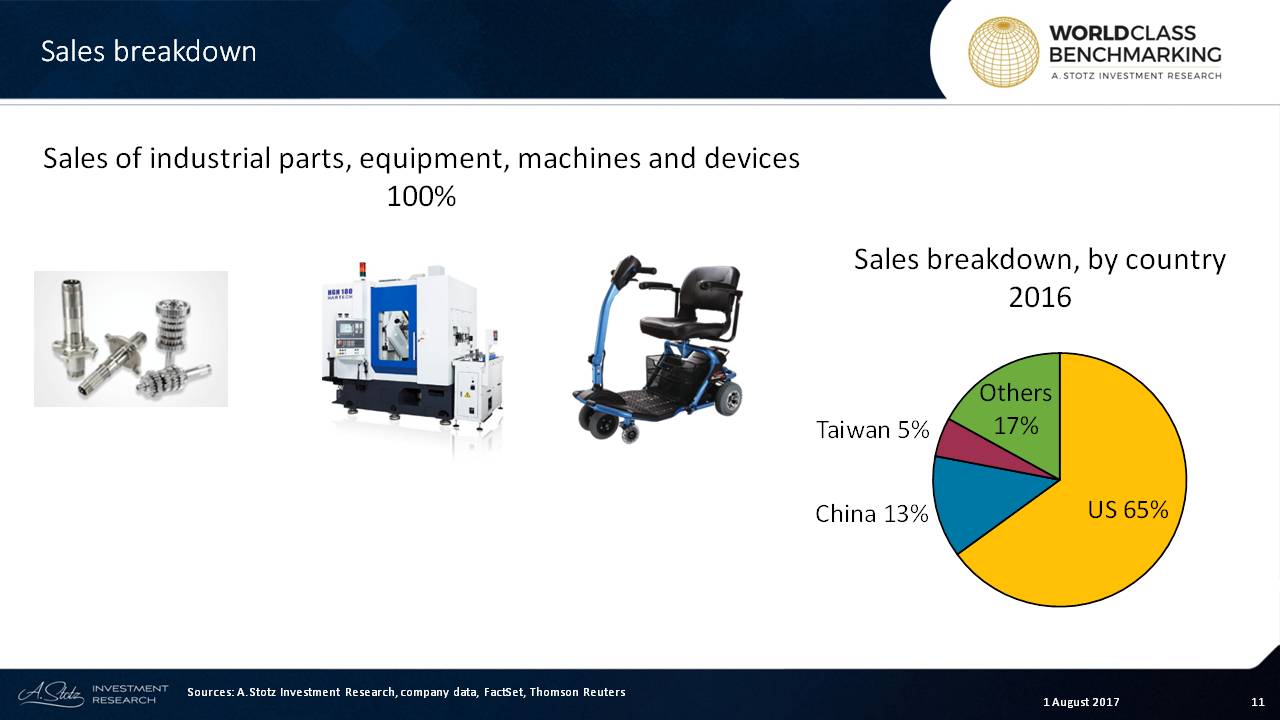 The biggest portion of revenue, 65%, comes from the US. Some of its biggest clients there are Tesla and BorgWarner.

“David” Shen Guorong serves as Chairman, while “Charles” Chen Junzhi rounds out the team as president. 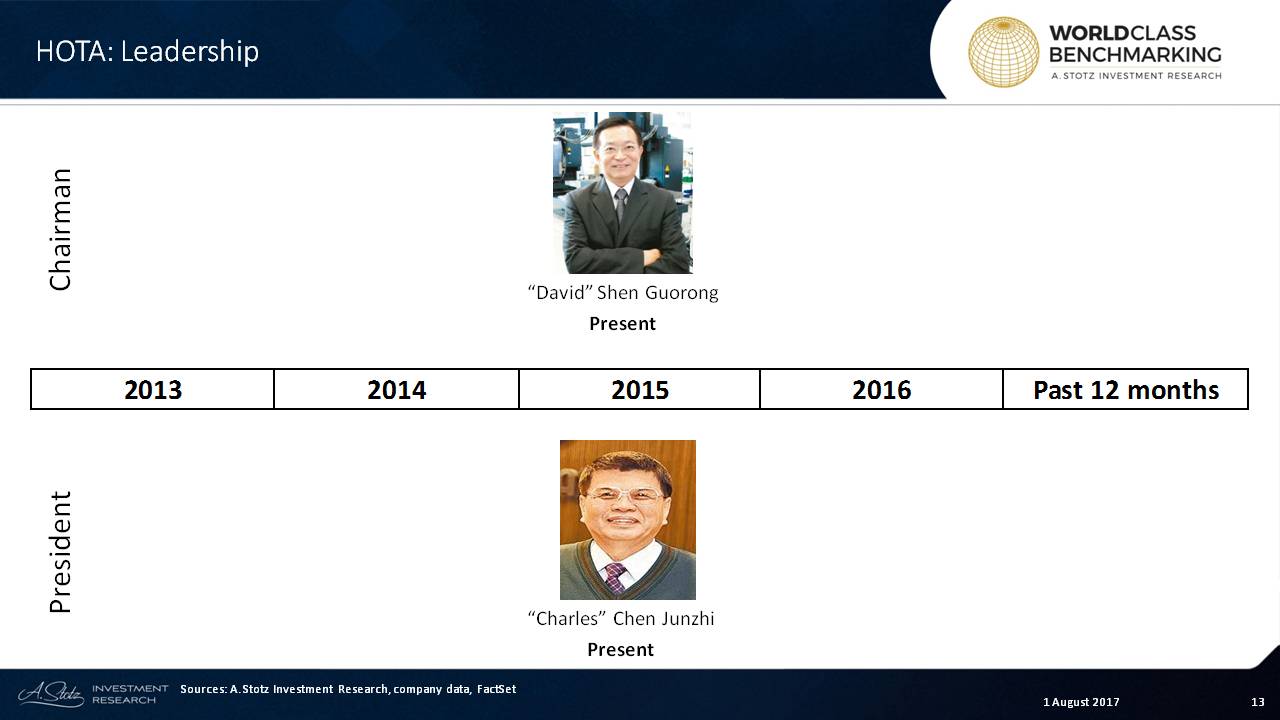 Profitability, the main driver of Profitable Growth, remained at #2, in line with 2016. Growth remained below average for the second straight year. 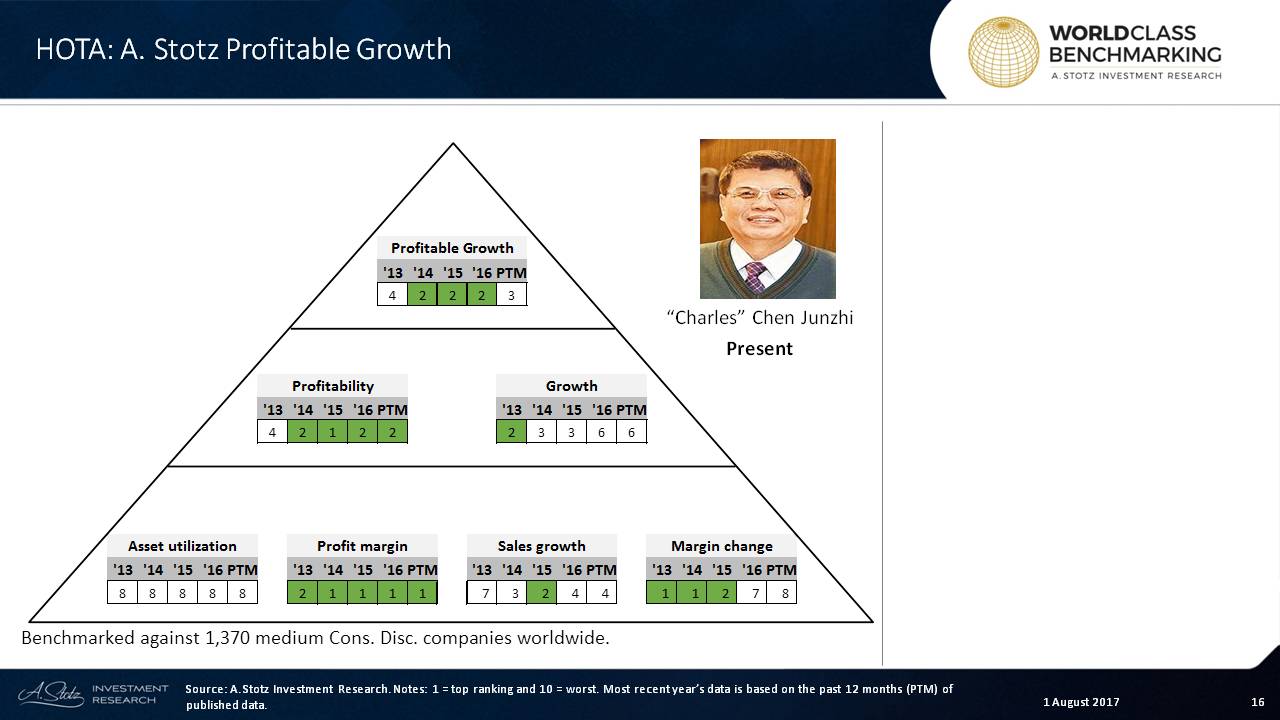 Asset utilization remains stable but poor at #8. Profit margin, on the other hand, has been World Class since 2014.