The August round of official PMI data from China showed some mixed signals, and a little bit of something for everyone, but overall a signal of steady as it goes for now.  The manufacturing PMI was up +0.3 to 51.7 while the non-manufacturing PMI was down -1.1 to 53.4 with the breakdown: Service index -0.5 to 52.6 and Construction -4.5 to 58 – which is interesting given our call on the Chinese property market.  Within the manufacturing PMI it was the SOEs in the lead at -0.1 to 52.8 and medium sized +1.4 to 51.0 and small +0.2 to 49.1 – notable that the uptick on a headline basis was driven by medium sized manufacturers.

The rolling 3 month combined metric (a key signal I track) was down -0.1 to 52.9 - but really basically unchanged, and still locked in the circa-53 range it has been in since the start of the year... which really is the best consistent run China's economy has had on this measure since 2011, and represents a significant turnaround from 2015/16.  So overall it's a mildly positive story for China's economy right now.  But as previously noted, I expect the headwinds to come back in 2017. So when you see Copper running ahead of the combined PMI you have to wonder who's "right"...
>Copper is running ahead of the combined China PMI - makes you wonder which one is "right". 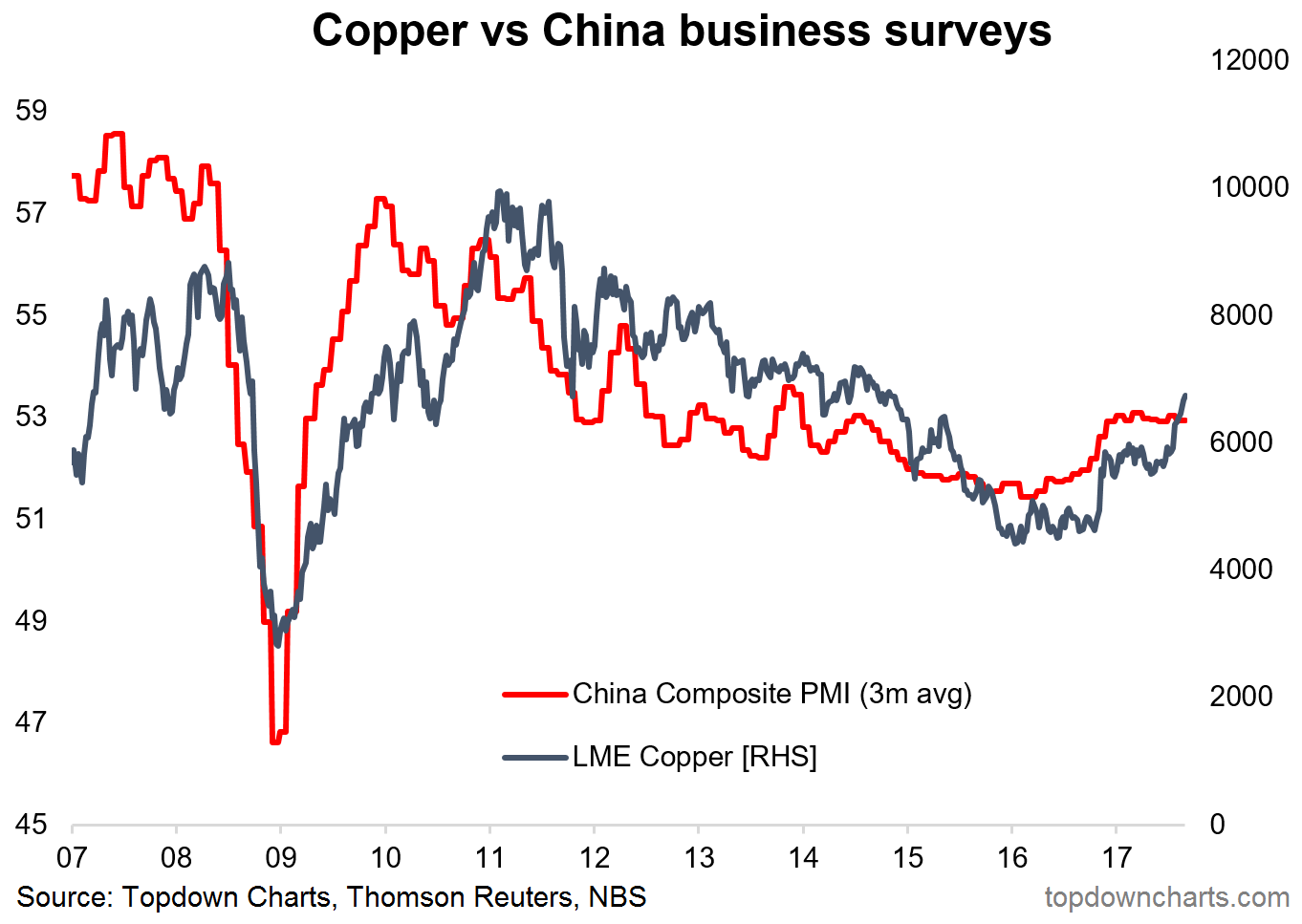 Manufacturing PMI breadth has tapered off somewhat while the headline index has hit a plateau.  Stronger global trade, a weaker currency, and domestic stimulus are short-term supportive forces. 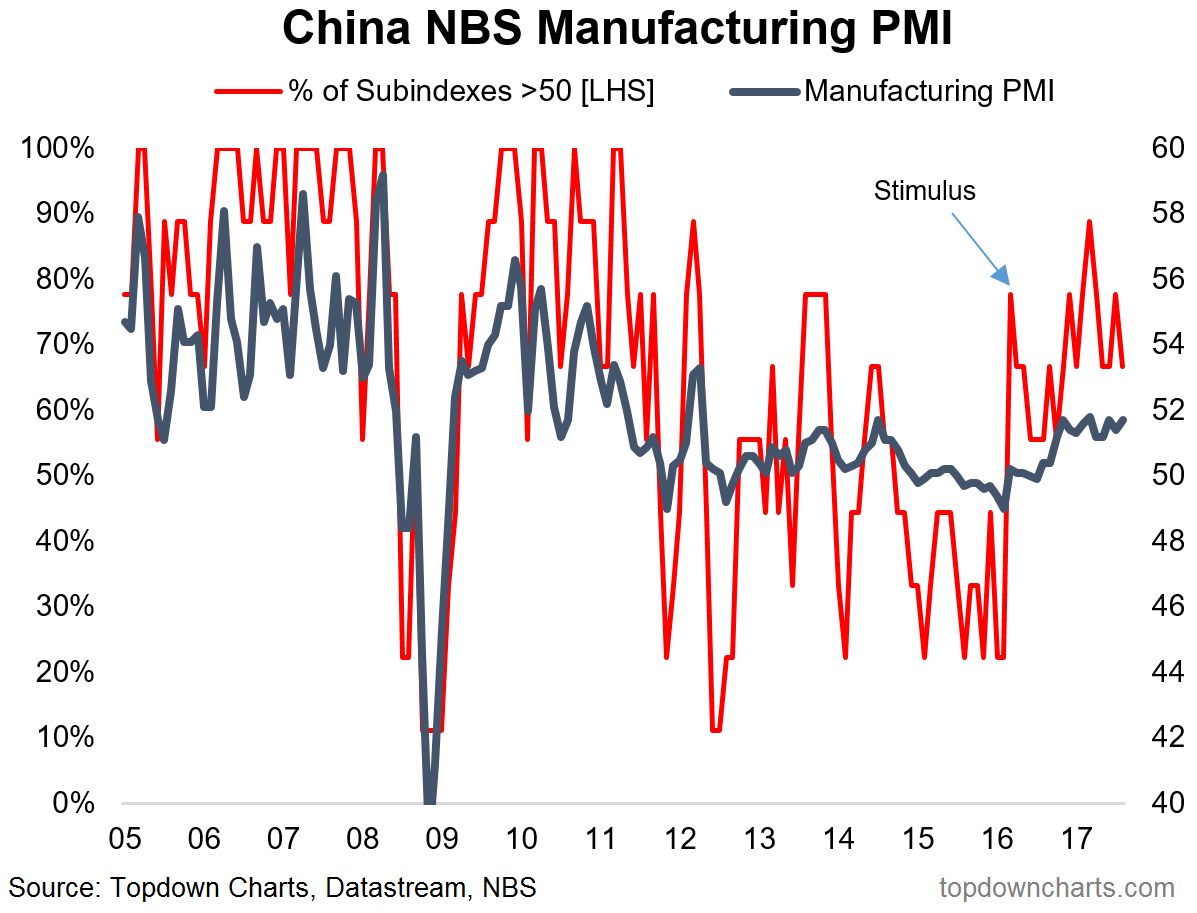