ValueWalk
Home Info-Graphs Get Out Of Index Funds Now?

This is a textbook example of unsustainable growth, yet it has largely fallen on deaf ears for many investors.

Speaking at the Mauldin Economics’ Strategic Investment Conference, Mark Yusko, Founder and CIO of Morgan Creek Capital Management, dissected this and the other biggest risks—along with opportunities—in financial markets today.

Is Gold Really a Good Investment Over the Long Term?

When asked what investors should be doing in today’s markets, Yusko responded, “cash is king. What cash does is it gives you optionality, it allows you to buy things when they go on sale.”

“If you look at the world’s greatest investors…. Warren Buffet, Seth Klarman, George Soros… every cycle you’ll see their cash [holdings] go up.”

“Buffet has the highest cash [position] he’s ever had today, in dollars… in percent he had a little more in ‘07, and what did he do in ‘09? Bought the stuff that was on sale.”

Today, Buffet’s Berkshire Hathaway has around $95 billion in cash, the highest position since 2007.

It's Time to Hedge

Yusko kicked off his SIC 2017 presentation by saying, “you’re going to disagree with most of my presentation… that’s the whole point… It’s anti-consensus, if these happen, you can make a lot of money.’”

And with several contrarian calls, he didn’t disappoint.

“Nobody wants to be hedged today because hedge funds have underperformed for seven years… but there’s a cyclicality to active/passive. When things are highly valued, it’s a good time to increase your hedges.”

Analyzing the flows into active and passive funds since 2009, active looks like the perfect contrarian call today. 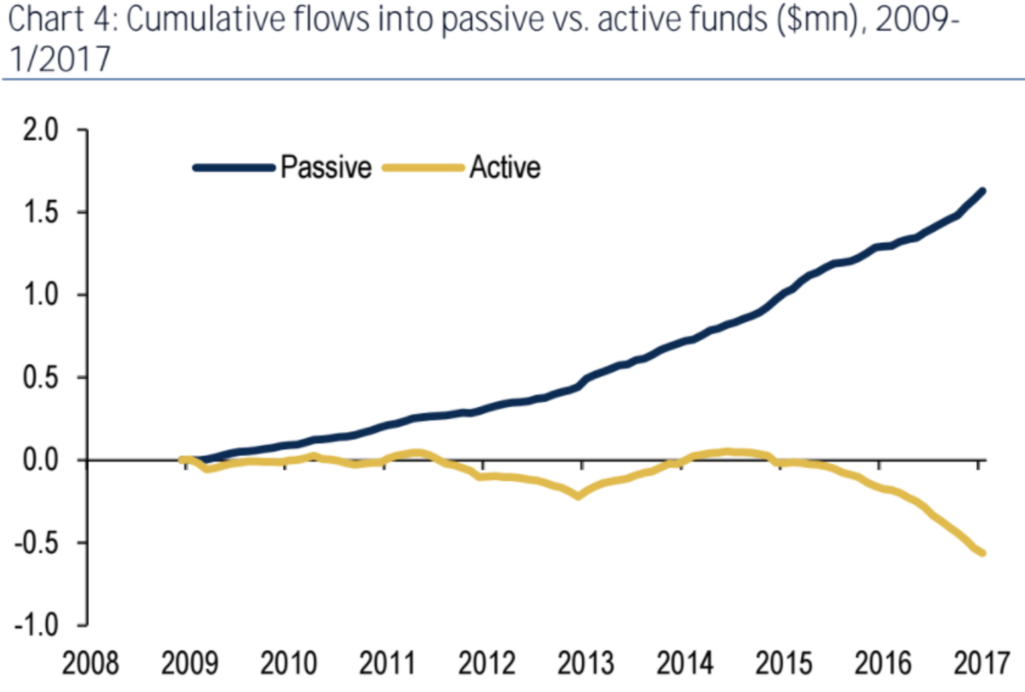 Yusko thinks the market will drop “at least 30%” in the next recession. But some sectors will take a harder hit than others.

“I worry a lot about technology… I look at the FAANG [stocks], those companies have high double-digit price-to-earnings ratios, they are very vulnerable.”

“If you’re in these low-volatility ETFs or index funds that are overweight technology, lighten up on that. If you own them, you’ve done really well, now is the time to rebalance.”

The Dollar Hegemony Is Over

The dollar skyrocketed in the wake of the US election. However, it has taken a downturn since then and Yusko thinks the days of the dollar hegemony are numbered.

“The days of the dollar hegemony are gone, we’re in a secular decline that started in the 1970’s. We’ve had three cyclical peaks, the last one came when the Fed started this tightening cycle [in December 2015].”

This chart of the US Dollar Index (DXY) shows the three cyclical peaks since the early 1980s. 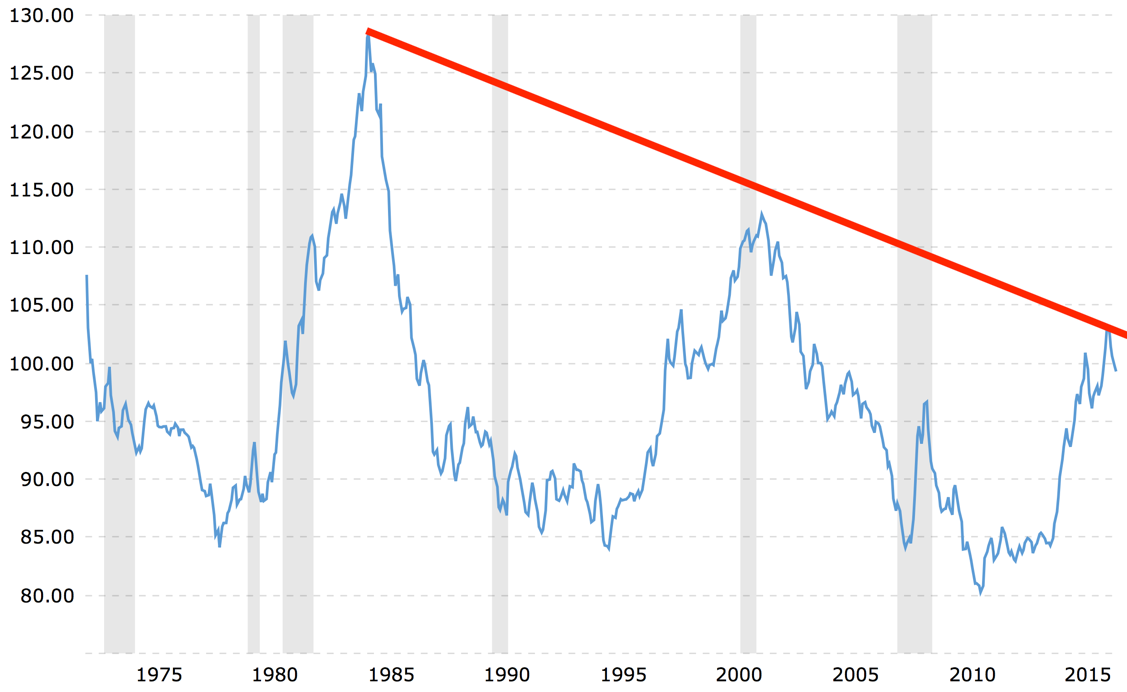 Where Should Investors Be Deploying Capital Today?

For Mark Yusko’s thoughts on where investors can find value in today’s markets, the biggest threats facing the US economy, and more—watch the full interview below.