Studying history has little practical utility in averting past outcomes. We are doomed to repeat history whether we know it or not.

The value in knowing history is not that one might prevent its recurrence. Its value is that it allows you to identify those things that don’t change and that shape events… no matter the year on the calendar.

That’s why I want to show you four maps that highlight what parts of the world looked like in the past… and that point the way toward what may come in the future.

The map below simplifies a great deal of China’s ancient and imperial history. It shows seven states that fought for control of the historic Chinese heartland during the Warring States period (475–221 BC). 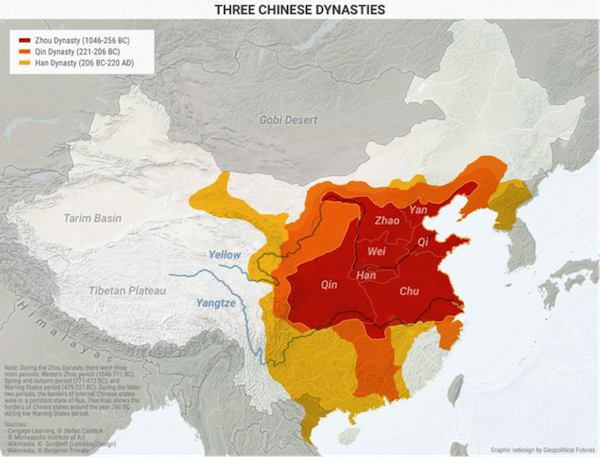 Two observations can be made from this map. First and most important, China has always been a land power. Its control has never extended beyond the mainland in a serious way. Taiwan is the only notable exception.

For this simple reason, China lacks a tradition as a maritime power and so is confined to the mainland.

The second observation is that China’s core territory is well defined and has not shifted much over millennia.

Today, China controls much of the land in the interior, including the Tibetan Plateau and the Tarim Basin. Mongolia no longer poses a threat, and the northeast is under Beijing’s control.

This map also shows that at various points China has even exerted direct control over present-day North Korea. Control over the Yalu River, either directly or through political influence, is not a new geopolitical imperative for China.

That has always shaped the behavior of whoever rules China. 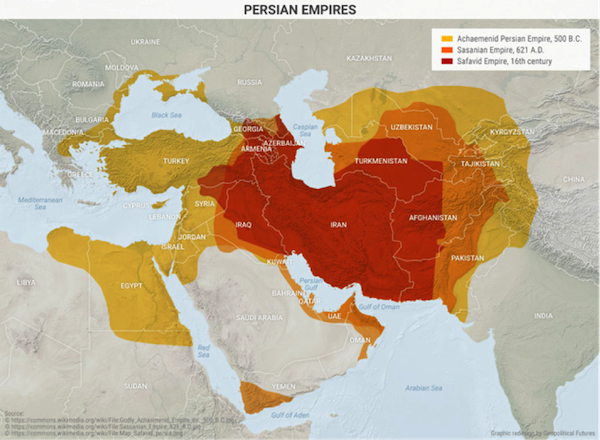 In This Week in Geopolitics (subscribe here for free), I have written extensively about Iran’s strengths and limitations. Many fear that Iran wants to establish another Persian empire to echo those of the past, but Iran will not achieve this goal anytime soon. That’s because a weak Turkey is a must for such an empire. And Turkey is more and more unafraid of showing that it is not a weak entity.

Still, this maps suggests what a potential Iranian empire could look like.

The areas that were under Persian rule during all three empires are particularly telling. Persia’s mountainous core was the heart of each empire. From there, these empires expanded north and west into Central Asia and parts of Afghanistan and Pakistan.

The most important takeaway here is that all Persian empires controlled most of present-day Iraq. Iraq is the most important strategic imperative Iran must address. But this is a diverse country that is difficult to rule. 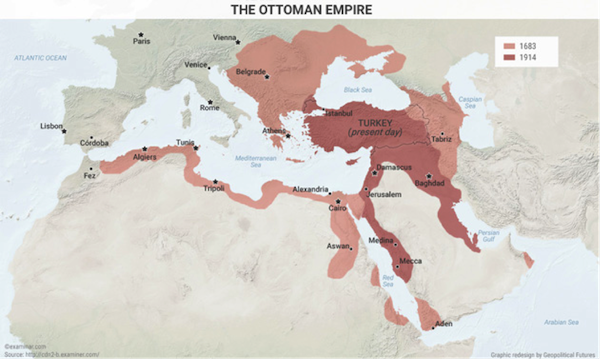 The Persian empires discussed above were large, and at times expanded their power to the coasts of present-day Greece, Bulgaria, Romania, and even Ukraine, Crimea, and Russia. But they did not extend into the rest of Europe.

The Persian power base was in the Middle East, Central Asia, and the Caucasus.

This is not true of the Ottoman Empire.

At its height, the Ottoman Empire did not just project power onto the European coast. It ruled lands in the European heartland. And in 1683, it laid siege to Vienna.

The Ottomans were eventually beaten back, and over the centuries, their power would decline. But the Ottoman Empire was both a European and a Middle Eastern power. This is crucial to understanding present-day Turkey.

Today, these routes are still important, but not nearly as critical as they were then, and this limits just how strong even a very powerful Turkey could become.

Turkey is a very strong power…and it is becoming stronger. Much has been made in the last few weeks about Turkey’s diplomatic clashes with Germany, the Netherlands, and other countries.

But it is important to think about those developments with the above map in mind.

The last map is different than the others. It shows two types of French empires: the Napoleonic Empire (when France dominated the European continent) and France’s various colonial empires. 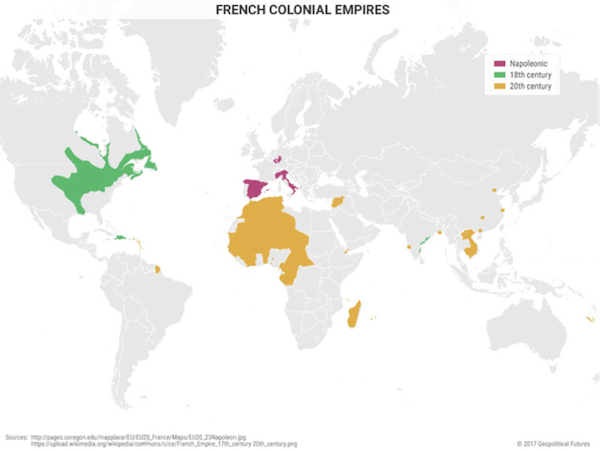 A unique blend of political and technological circumstances allowed France to expand its power far beyond its traditional borders. But today, those circumstances are no longer present. So this map should not be used as an indicator that France will vie for dominance in India, Africa, or North America anytime soon.

First, France is a major European power that not long ago dominated the entire continent. But France has fallen a long way from those days. At best, it is now the third most powerful country in Europe, lagging behind Germany and Britain.

But France is not destined for insignificance. Its economic stagnation and the drama around its elections have the world’s attention, but as the power structure in Europe is reorganized, France will have a significant role to play.

It remains a major regional power on the European continent even if its economy is mired in low growth and its domestic politics are focused inward.

Second, because France was such a major imperial power, traces of that power remain in unlikely places. More people speak French outside of France than in France (about 36% of French speakers live in France, according to a 2014 report by the International Organisation of La Francophonie).

Countries like Lebanon and Tunisia retain French political, educational, and socio-economic structures, even though the ties of imperialism have long been severed.

France does not exert power over these places anymore—but the echoes of its past power remain.

Winston Churchill once said, “Study history. In history lie all the secrets of statecraft.” The secret of statecraft is that it is relatively powerless against the broad forces that cause history to repeat itself in successive centuries and even millennia.