ValueWalk
Home Technology Find Your Next Job on Facebook

In February, Facebook announced the ability to post, and look for, jobs. Available in the United States and Canada at this point in time, business pages can now list their job openings and hiring managers can track applications and contact potential employees.

LinkedIn is mostly used by white-collar  people, whereas Facebook will be going after blue-collar workers.

Plus, users who are deemed to be a good fit by Facebook will see the job listing in their Newsfeed. If they choose to apply, the process is very simple; a window that looks like a lead form will pop up with some information already pre-populated.

Clearly, the first competitor potentially affected by the move, LinkedIn, comes to mind. But should the network be really worried? The answer—as with most things in life—is “yes and no.” While LinkedIn clearly doesn’t boast the same numbers of monthly active users, the two networks actually go after different audiences.

Quartz goes really deep into statistics on the difference of skills and competency levels in the two markets, but the bottom line is: LinkedIn is mostly used by white-collar college-educated people, whereas Facebook will be going after blue-collar workers with some college or a high school diploma. Plus, Facebook’s tool is oriented primarily at small businesses that might be looking to employ part-timers.

Nevertheless, the new feature will have a huge impact on the social industry. Facebook is pretty much on the forefront of innovation, whether through acquisition or cloning popular features. So, their every move is being closely watched by their competition. A few concerns instantly come to mind.

It’s no secret that Facebook tries very hard to keep its impressive user base from leaving for newer, trendier platforms. Facebook combines abilities to post short personal updates and photos, to broadcast live videos, to share disappearing messages, to catch on the trending news, and even to send money to your friends.

Now, Facebook wants to be the place where you will find your next job. Facebook adds seemingly incompatible capabilities and comes out on top every single time. In the world of niche marketing, Facebook beats “specialty” networks in their own playing fields.

Clearly, not a lot of companies have the budget or the ability to create a network of such enormous size that incorporates everything every social user ever wanted. But will there be a specialty that Facebook simply cannot replicate?

It wouldn’t be a farfetched assumption that most of the people use Facebook for personal purposes, like catching up with friends and stalking crushes. However, this major chunk of Facebook’s user base is enjoying the service for free, because a much smaller chunk pays for it. You guessed it, businesses are Facebook’s bread and butter. Out of 60 million business pages, 4 million are actively advertising on the platform.

Arguably, Facebook added the new feature to help small businesses and make Facebook their platform of choice. Yet, another less obvious reason might be the fact that organic reach is almost gone. To harness the power of Facebook job listings, businesses will most likely need to pay to promote these openings.

Keep in mind that no matter how much you think Facebook knows about you, Facebook knows even more. Just look at their ad targeting capabilities—not only can you target people based on their interests, you can specify their income, their child’s age and whether they’re a renter or a homeowner.

So, the question naturally comes up, how much information will potential employers be able to see? Does using a personal profile for professional aspirations opens the door to subtle discrimination?

Facebook continues to blur the lines between personal and professional.

Clearly, potential employers can see your profile picture and approximate your age based on a photo on any network. But what about all the pages you like, music you listen to, and political party affiliations that recently became the center of many Facebook posts?

You can argue that a little Google search will uncover all that information anyway, but unless they’re really motivated, or you are at final stages of job applications, no one will do that. No one will perform an extensive search on all 70 applicants for a position. They will look at top three to five at the most. Yet, since your Facebook profile is already staring at them, you might lose a chance at a job before you even get that chance.

Time will tell whether Facebook made the right move. What’s clear now is that the network continues to blur the lines between personal and professional, and makes the competition in the social network industry ever-so-tougher. 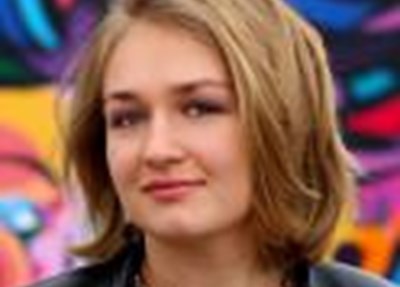