Four little words may have cost more investors more money than anything else in stock market history: This time is different.

Granted, in a sense, every time is different. History never repeats itself in exactly the same way, but it can certainly rhyme.

Market cycles exist because our fundamental human qualities don’t change. Fear and greed have been with us a very long time.

Those two emotions are behind most investment mistakes—and we’ve never been able to eliminate them. At best, we can suppress them for short periods of time.

Eliminating Emotions Is Not Enough

For instance, you may have seen this Nasdaq Composite Index chart I shared in a recent issue of Connecting the Dots (subscribe here for free). March 2000 was the high point from which it collapsed into what we now call the dot-com crash. 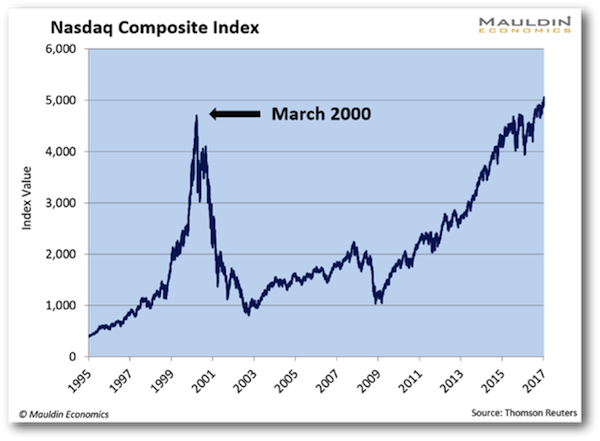 Even today, it’s startling to recall how fast the market unraveled back then. I remember it pretty well—and it wasn’t pleasant.

I was working at a commodity and hedge fund management company here in Texas. We had a leveraged stock index futures fund that had been going gangbusters. It doubled in 1999 and was on the way to doing it again in early 2000.

The trader who ran this fund for us was a very systematic guy. He had built software that told him to be long or short and how much leverage to use. The box said buy or sell, and he would buy or sell. It had been working well for years—we all thought it was great because emotions didn’t get in the way.

Ahead of the big crash you see in the chart above, the box had said to buy. He did—with 3X leverage—at the very top of the market.

Needless to say, it was a bad week at the office. We fired the trader and his magic box, then tried to pick up the pieces.

That tells us that while eliminating emotions from your decision making is good, sometimes it’s not enough.

Maybe This Time Really Is Different?

The world can change fast… but even digital trading systems presume that the future will resemble the past.

I’ve been wrestling with this since the election. The market’s bullish reaction to Trump’s victory was remarkable, but as I said last month, I think people got a little too optimistic. That’s probably why stocks leveled off in the first part of January.

Conventional wisdom in the investment business is that you shouldn’t let politics affect your thinking.

So far, that’s been good advice. Even presidents are hostage to larger economic forces. I believe they usually get too much credit for the good times and too much blame for the bad times.

And yet… this time really does seem different.

Certainly, we’ve never had a president like Donald Trump. If the reforms he has promised really materialize, we are looking at huge changes in…

Well, people have long said we should run government like a business. We’re about to find out how that theory works in practice.

Add to that the other domestic and global issues we face…

…and it’s pretty clear that we could see some giant changes in the next few months.

The problem is, we don’t know what they will look like, which tells me caution is still the best policy—whether this time is different or not. 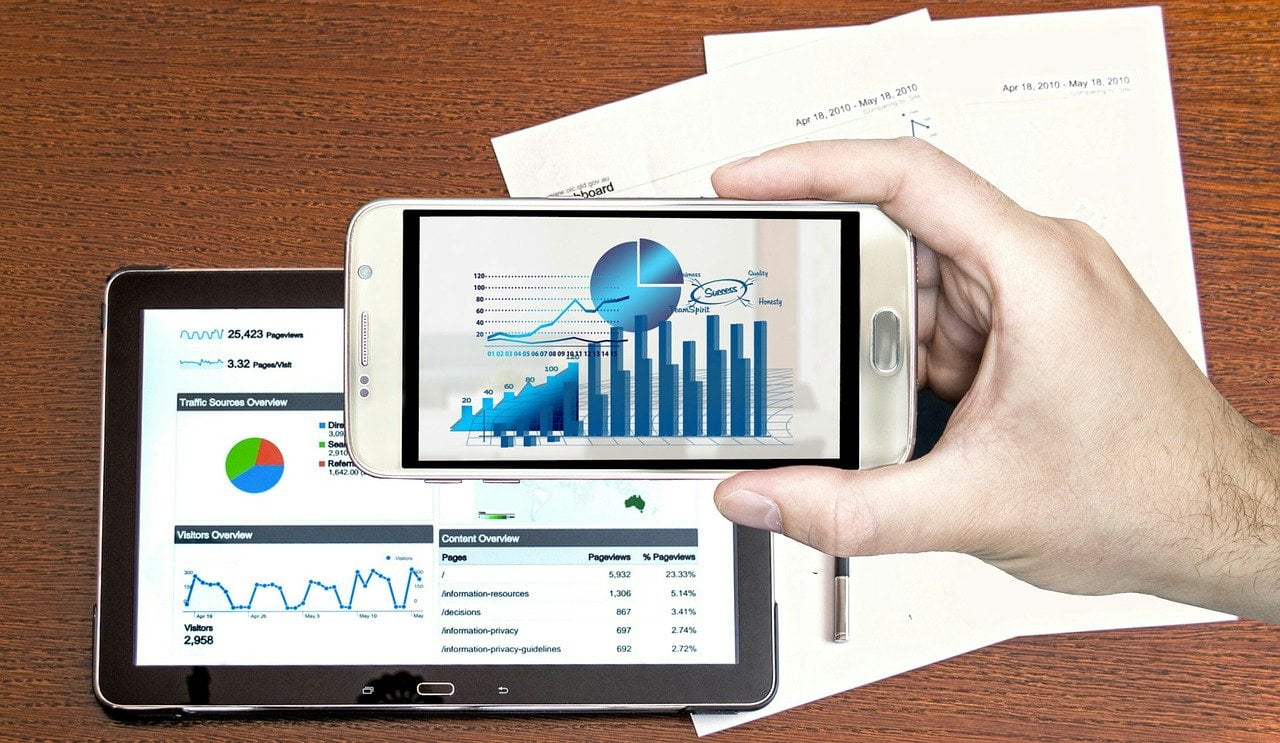 How Does Auto1 Compare To Just Eat Takeaway.com?